The Secretary for Commerce and Economic Development of Hong Kong, Mr Edward Yau, and the visiting President of the Chamber of Commerce and Industry of Bordeaux Gironde, Mr Patrick Seguin, signed, on October 27, a Memorandum of Understanding on Co-operation in Wine-related Education and Manpower Training.

Signed on the sidelines of the "Wine & Dine" festival, showcase of cooperation between the two cities over the past ten years, this new agreement opens up prospects for in-depth exchanges.

The memorandum seeks to support the development of partnerships between relevant training institutes but also châteaux and winemaking companies in both cities, with a view to better meeting industry manpower needs. Possible areas of collaboration include student and staff exchange programs, scholarships and study missions.

"Hong Kong is Asia’s wine hub, and has a strong demand for talents with expertise in fine wines and culinary arts. We look forward to aspiring young people in Hong Kong making the best out of new training opportunities in Bordeaux," Mr Yau said.

Last June, a memorandum was signed between the two Tourism boards at the Bordeaux City Hall, under the chairmanship of Chief Executive Carrie Lam on the occasion of her visit to France. This agreement, which renewed the one signed in 2013 and extends the partnership until 2022, aims to strengthen the promotion of tourism between the two cities in the areas of wine and gastronomy.

With more than 20 million liters exported in 2017, France is the largest supplier of wine and spirits in Hong Kong: one bottle out of three consumed here is French! The trade volume has soared since Hong Kong abolished the duty on wine in 2008. And Bordeaux wines are of course in a good position in these volumes of exports. 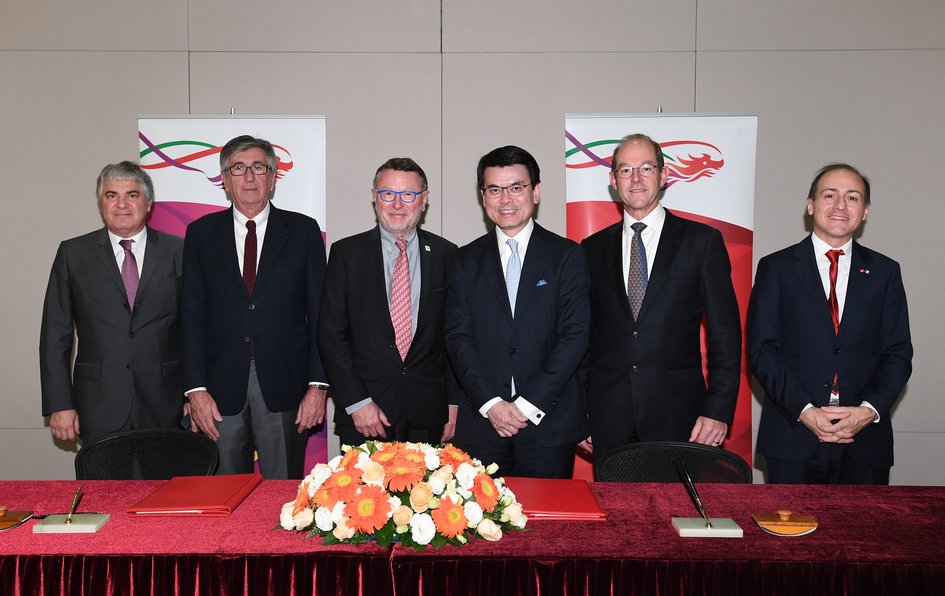