Home > The Consulate General > News > Consulate news > Ceremony in memory of fallen French fighters of the Battle of Hong (...)

The Consulate general and the association “Le Souvenir français de Chine” organized a ceremony at the Stanley military cemetery on 2 December 2016 to commemorate the French Resistance fighters who sacrificed their lives protecting Hong Kong during World War II. 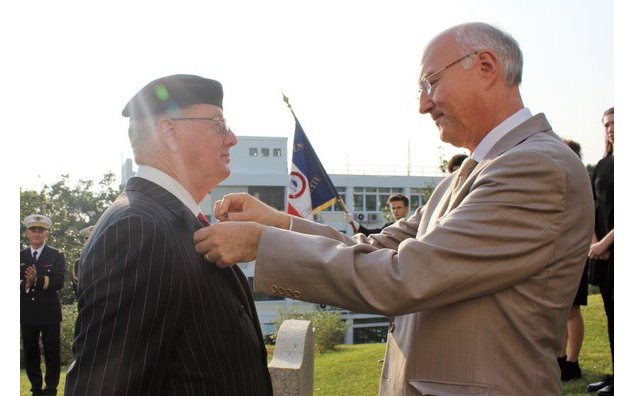 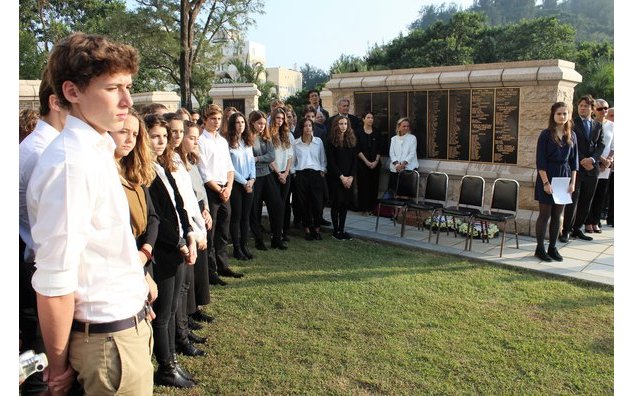 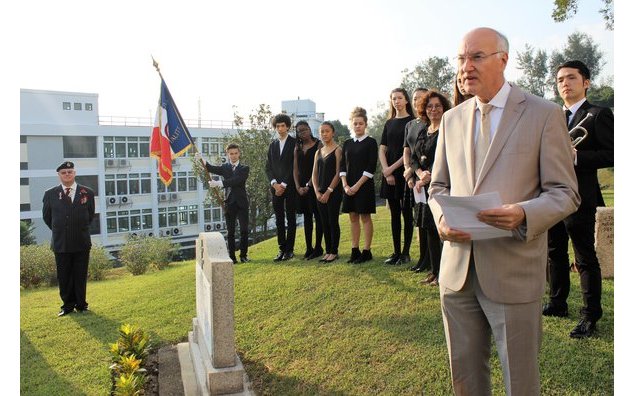 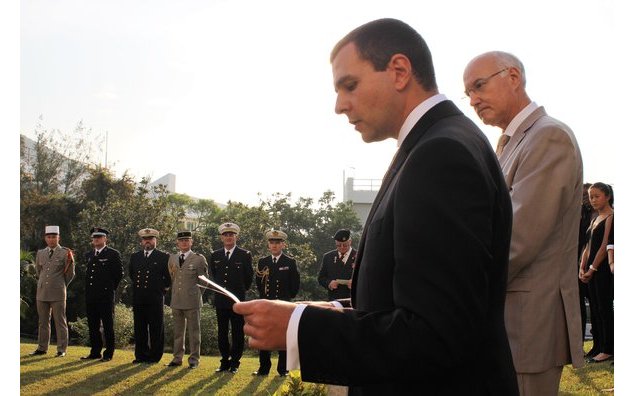 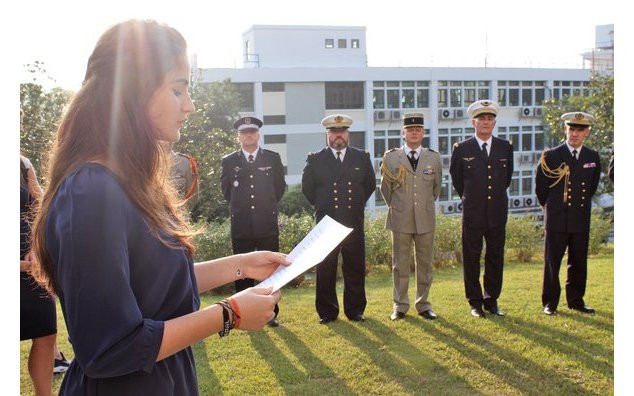 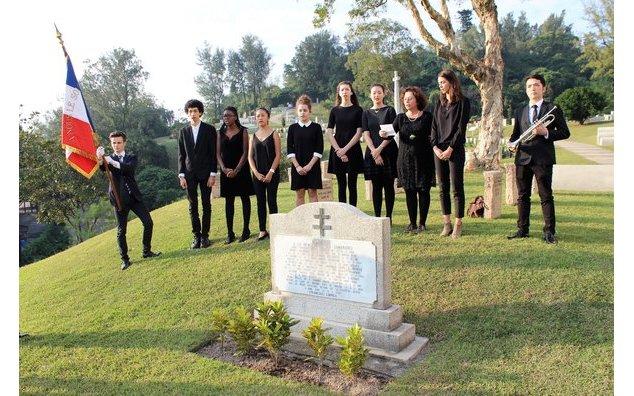 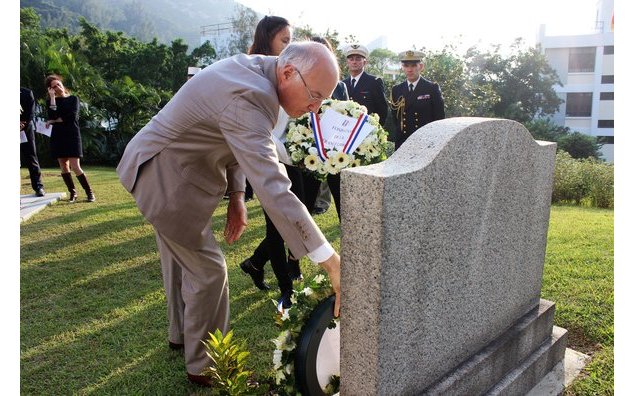 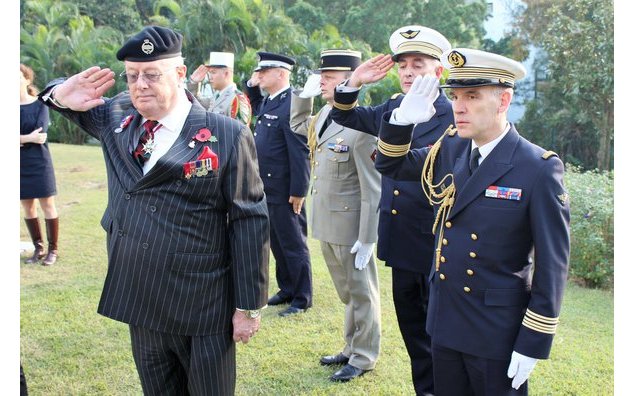 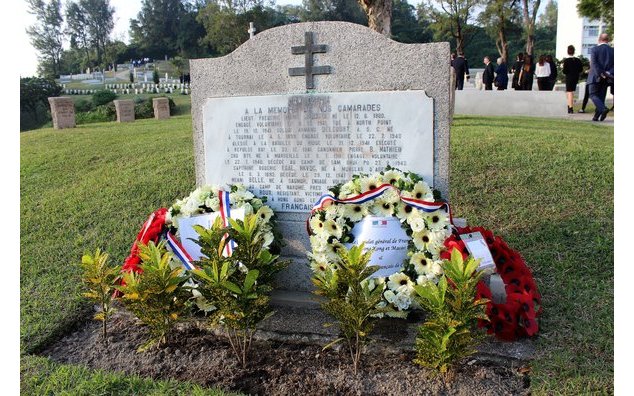 In the aftermath of the Pearl Harbor attack, Japanese troops launched an offensive against Hong Kong on 8 December 2016. During the battle, dozens of Frenchmen enrolled in the Volunteer Corps defending the British colony and paid for their commitment with their lives.

To honor their memory, a team from the Consulate General, students from the French International School, the Defense Attaché of the French Embassy in Beijing, representatives of the Overseas French association, members of the ex-servicemen association and John Siewert, a World War II veteran decorated with the Legion of Honor, attended a ceremony in front of a stele with the names of six French fighters who sacrificed their lives during the Battle of Hong Kong.

The ceremony began as Consul General Eric Berti awarded the Silver Medal of the Souvenir français to Brigadier Christopher Hammerbeck, President of the Royal British Legion Hong Kong & China Branch. The Consul General then delivered a speech in which he paid tribute to the courage of these Frenchmen who died for freedom,

M. François Drémeaux, representative of the association "Souvenir français de Chine", announced that, according to new information, four other French volunteers were reportedly killed during the Battle of Hong Kong and would also deserve to have their names engraved on the stele at the Stanley military cemetery. When the stone was inaugurated in 1948, it had four names. Two more were added in the 1970s.

A student of the French Lycée then read a letter from a French prisoner of war describing the atrocities committed by Japanese troops in the prison camp where he was detained.

After the laying of wreath at the foot of the stele erected in memory of the Free French Forces of Hong Kong, the names of the six fighters engraved on it were read aloud. The audience then observed a minute of silence before singing the Marseillaise. A choir composed of pupils of the French International School concluded the ceremony by singing the Song of the partisans.