Home > The Consulate General > News > Consulate news > Visit of Mr. Pierre Moscovici, Minister for the Economy and Finance in (...)

The visit of Mr. Pierre Moscovici, Minister for the Economy and Finance to Hong Kong was part of the state visit of President of the French Republic to China on 25th and 26th April 2013. This was an important step in strengthening the economic and financial dialogue between France and China.

Enhancing the presence of investors in France with many strengths of France’s principal local economic stakeholders.

Support of the internationalization of RMB via Paris as the financial center in the Eurozone with many advantages (nearly 250% increase of the payments in RMB in France between March 2012 and March 2013) . 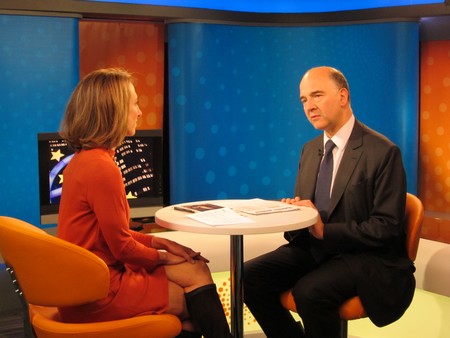 The visit began with an interview with Tara Joseph, Executive Producer of Thomson Reuters (Click here for the interview) 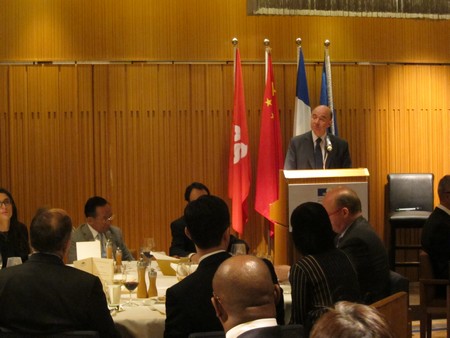 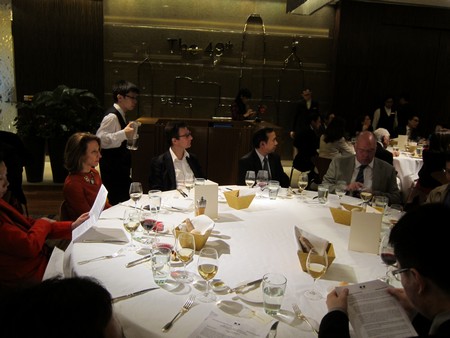 On the occasion of a conference dinner organized at the American Club, the Minister was present with the representatives of Hong Kong companies and journalists. The main focuses of his message were fiscal consolidation, economic recovery, international competitiveness initiated by France, as well as the big axes of cooperation with China (opening new aspects of cooperation, balancing the economic relations) and Hong Kong (including the internationalization of RMB). 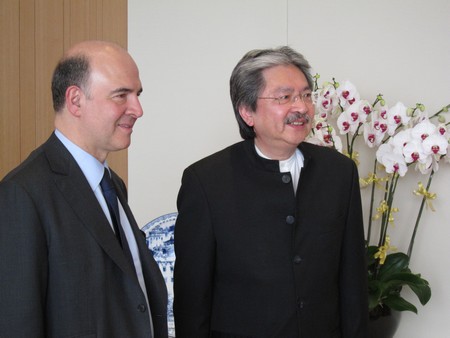 The next morning, the Minister met with Mr. John Tsang, Financial Secretary of HKSAR, together with Arnaud de Bresson, CEO PARIS EUROPLACE. The discussion focused on deepening the bilateral relationship, particularly in the field of internationalization of RMB. 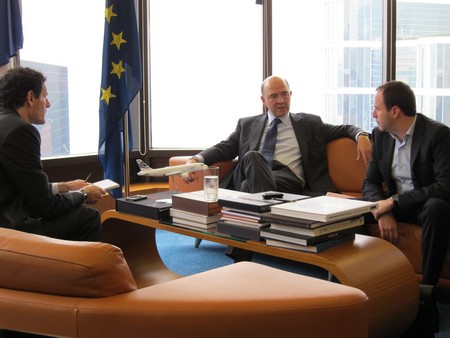 The Minister then had an interview with Mr. Ken Brown, HK Bureau Chief of the Wall Street Journal Asia. Click here for the article "France Is Open to Selling Firms to China Buyers” (28 avril 2013)

It was followed by a lunch at the French Residence with some of the key representatives of the Hong Kong business community. This direct interaction helped tackling in a concrete and pragmatic manner, on the questions of attractiveness of French economy. This was also the major task of the Minister’s visit to attract Chinese investment to France. 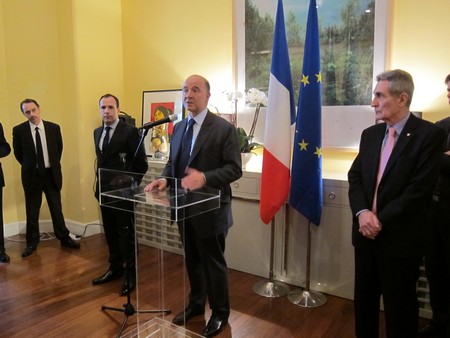 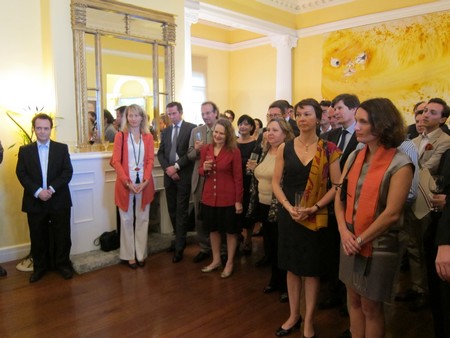 The visit ended with a reception at the French residence where the Minister met with the major representatives of the French business community in Hong Kong. He summarized the achievements of the state visit in China and stressed the importance of the bilateral relationship between France and Hong Kong. 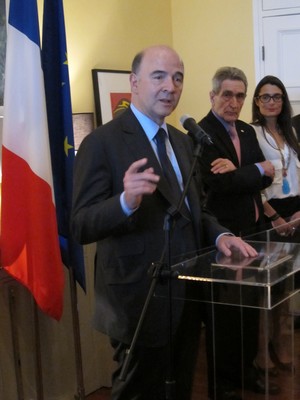