The French Trade Commission UBIFRANCE in collaboration with the AFEX association (French Architects Overseas Agency) has just organized its second mission of French architects in Hong Kong on May 30th, 31th and June 1st. In order to reiterate the recent success of the mission focused on the development project of the West Kowloon Cultural District last January, 14 architects and 2 engineering firms came from France, to have the opportunity to meet with the local authorities as well as with Hong Kong based promoters to discuss about fore coming projects.

UBIFRANCE – The French Trade Commission set up different meetings with various local operators which were followed on May 31th by a conference entitled “French architecture & Urbanism : the French Green Touch” at the Renaissance Harbor View Hotel. Mr Arnaud Barthélémy Consul General of France and Macao, and Mrs Carrie Lam Secretary for Development for the Government of Hong Kong SAR opened the day in front of an audience of promoters, local architects, engineering companies and professionals in charge of Hong Kong’s building and architecture public departments. During the course of these 3 sessions revolving around the French “savoir faire” – cultural buildings, urban renewal and green cities – the 14 agencies shed some light on their style regarding national and international architectural projects. 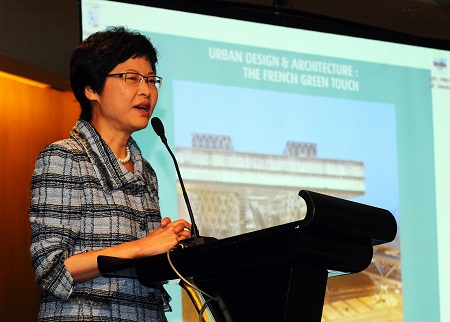 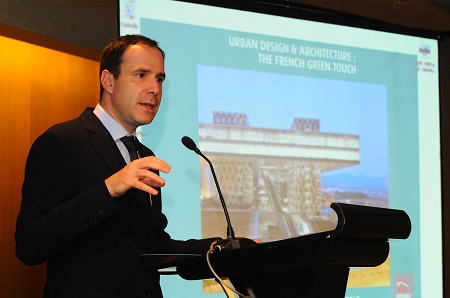 Mr Christian de Portzamparc was also one of the speakers, giving the assembly a 45 minutes-long speech on his take on modern architecture, illustrated by the numerous iconic examples of constructions he is responsible for around the world. 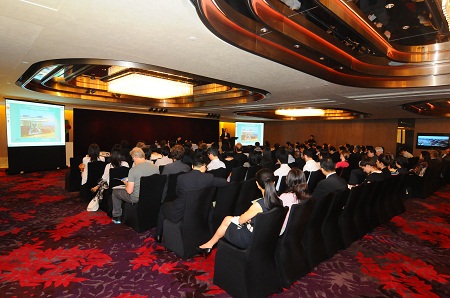 The delegation flew back to France with a strengthened feeling on the attractiveness of Hong Kong & South China and with the firm intention to carry on with what has been created throughout these last 2 missions UBIFRANCE Afex. 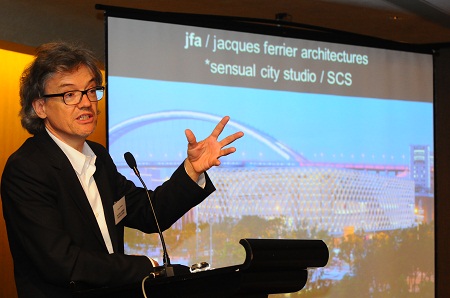 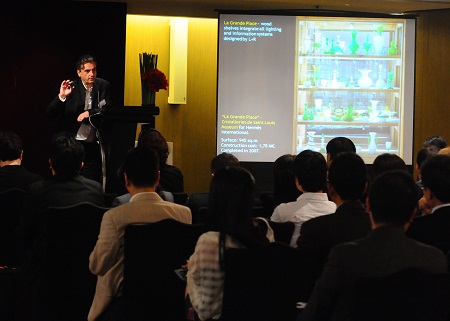