“The Artist” in HK cinemas since February 23 !

The Artist, the film with 7 BAFTA, 3 Golden Globes, 10 nominations at the Oscars and Césars was released on Thursday, February 23rd, 2012! Watch it before it gets the Oscars this weekend! 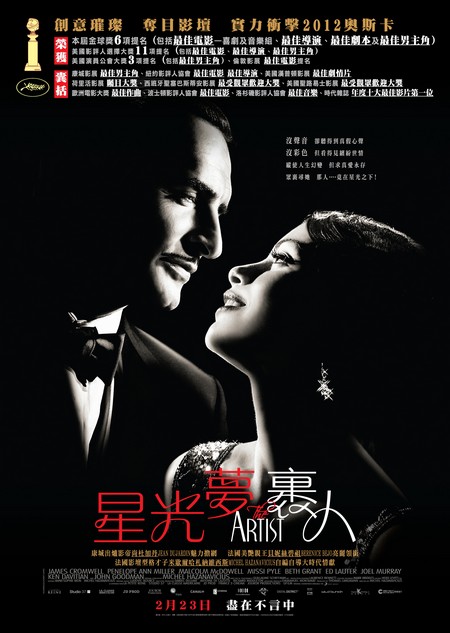 Hollywood 1927. George Valentin (Jean Dujardin) is a silent movie superstar. The advent of the talkies will sound the death knell for his career and see him fall into oblivion. For young extra Peppy Miller (Berenice Bejo), it seems the sky’s the limit - major movie stardom awaits. THE ARTIST tells the story of their interlinked destinies.