Jean-Michel FRODON will be introducing Claire Denis’ work, its singularity as well as its inscription in the larger frame of French modern cinema. Claire Denis is a Paris-based filmmaker and one of the major artistic voices of contemporary French cinema. Claire Denis made her film debut in 1988 with Chocolat, a luminous depiction of malaise of the post-colonial world. Claire Denis has developed a highly individualistic style, favoring visual and sound elements over dialogue, and her editing technique has been compared to jazz improvisation for its rhythmic quality. Claire Denis’ latest film is White Material (2009). The lecture will emphasize on how and why Claire Denis’ work is simultaneously rooted in specific areas and addressing the globalization process in very original ways. 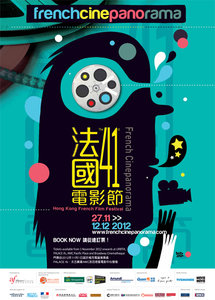 Jean-Michel FRODON is a journalist, film critic, writer, professor. He was a journalist and film critic at weekly "Le Point" (1983-1990), "Le Monde" (1990-2003) and Editorial Director of “Cahiers du cinema” (2003-2009). Prof. Frodon is the member of the Editorial board and permanent writer for Caiman, Cuadernos de Cine (Spain), the founder of the thinktank « L’Exception » : http://lexception.rezo.net/, the Editor in chief of the collaborative website http://artsciencefactory.fr, Professor at Sciences Po Paris (Political Sciences Institute) and Professorial Fellow in Film Studies and Creative Industries at the University of St. Andrews, Scotland. He writes for the website slate.fr: http://blog.slate.fr/projection-publique and has been associated with Prof. Bruno Latour in SPEAP project. He is also the author/editor of many books, including « La Critique de cinéma » (Sceren-CNDP/Cahiers du cinéma, 2008), « Genèses », « Le Cinéma d’Edward Yang » (Editions de l’éclat, 2010), « Le Cinéma français, de la Nouvelle Vague à nos jours » (Cahiers du cinéma, 2010). This talk is organized as part of the French Cinepanorama 2012, by Alliance française de Hong Kong and Hong Kong University - Comparative Literature