Big French companies are very busy on the international stage

Big French companies are exhibiting a certain amount of optimism. They are even doing very well internationally. In the face of strong world demand, they have operations on all five continents in sectors that include agribusiness, aeronautics, chemicals and pharmaceuticals, but also in the luxury, automotive, distribution, construction and ITC industries. 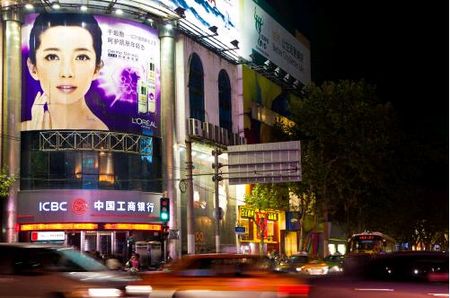 Big French companies are generally in good health but those operating in global markets are registering the best results. It is well known that in the current economic context developing internationally is becoming a real lever for growth and a competitive advantage for business success. “France is the third-largest international investor worldwide. We have in our country skills and technologies that are among the most impressive in the world. Furthermore, we meet with a friendly and interested reception abroad,” explains Thierry Courtaigne, Vice-President and Director General of Medef International, which represents the interests of France’s top firms abroad.

France has a diversified industrial base and is at the forefront in fields that have strong world demand, in countries such as Brazil, Russia, India and China. French companies also have a significant presence in countries such as Indonesia, Colombia, Mexico, Argentina, Nigeria, South Africa, Egypt and Turkey. “Given the economic, financial and social upheavals in the world, a business that invests abroad has to have many skills (human, financial and technological) and be prepared to deal with crises which can be as violent as they are sudden. Globalisation is a reality and French companies have to place their investments in buoyant markets,” observes Thierry Courtaigne.

France’s big companies have recognised competence in the fields of agribusiness, fashion and luxury. Innovative firms are developing their activities in the environment, energy, telecommunications and ITC sectors. French industrial groups also offer expertise in the field of consumer goods and the automotive, health, clothing and textiles industries. They are also well represented in construction, distribution, gastronomy and cosmetics, as well as in banking, insurance and transportation.

Foreign countries are proving to be a real source of growth for French companies. To respond to the many issues involved, BearingPoint, a world leader in Business Consulting, has set up a monitoring organisation, the Observatoire des Directions Internationales, in partnership with the Institute of Political Studies in Paris and the newspaper “Les Echos”. According to a survey published in December 2010, the majority of top executives in large French companies questioned considered international development to be one of the three strategic priorities of their business. This survey was conducted on the basis of a sample of 1700 decision-makers from 250 large companies asked about their strategy for developing internationally. “For 80% of these companies, the main purpose is to create new markets, establish commercial activities and find new resources (energy, brains, sources of finance and so on),” points out Jean-Michel Huet, Associate Director at BearingPoint. “International development is considered a historical activity in 60% of large groups and a new engine for growth in 29%. Total, for instance has been working in Africa for over 60 years”.

Several industrial groups exert real leadership at a global level. Some of them, such as Total, EDF, GDF Suez and Areva, are meeting ongoing needs for energy; others, such as Bouygues and Orange, for telecommunications. Several large corporations represent luxury, such as LVMH or L’Oréal. L’Oréal today has 23 brands with international exposure, in 130 countries, and it consolidated its position as world leader in the beauty sector in 2011. French tyre manufacturer Michelin increased its sales by 6.7% in 2011, as global demand for tyres (for cars and small vans) has grown by 7% in Europe and 10% in North America.

The European leader and third globally, the French pharmaceutical industry is a particularly dynamic sector. With a workforce of over 110,000 in 100 countries, Sanofi, France’s top pharmaceutical company and fifth in the world, has a strong international presence in Europe, Latin America, Asia, the Pacific, Africa and the Middle East. “We have been in a rapidly changing world for the last 30 years. New concepts and markets are emerging. Foreign countries not only want us to invest in them but they also want us to take account of the needs of their populations when developing projects and to help them find solutions to the problems encountered locally: training, sustainable development, health, etc.,” notes Thierry Courtaigne.