The Consul General of France in Hong Kong and Macao, Mr. Arnaud BARTHELEMY, bestowed the title of Knight of the Ordre du Mérite Agricole on Mr. Xavier PECH, General Manager of the Hyatt Regency TST in Hong Kong, on the 8th of Octobre, 2013. 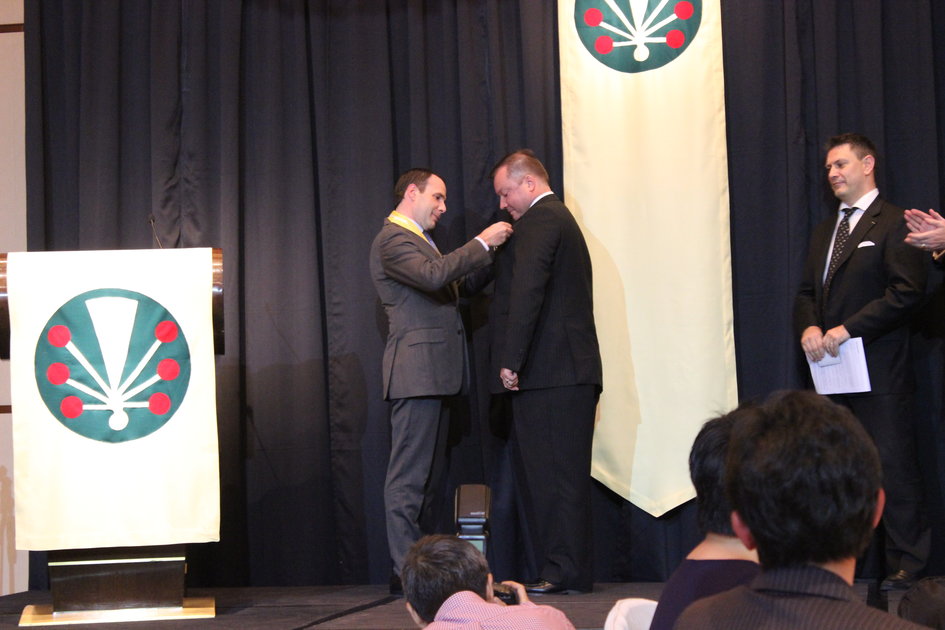 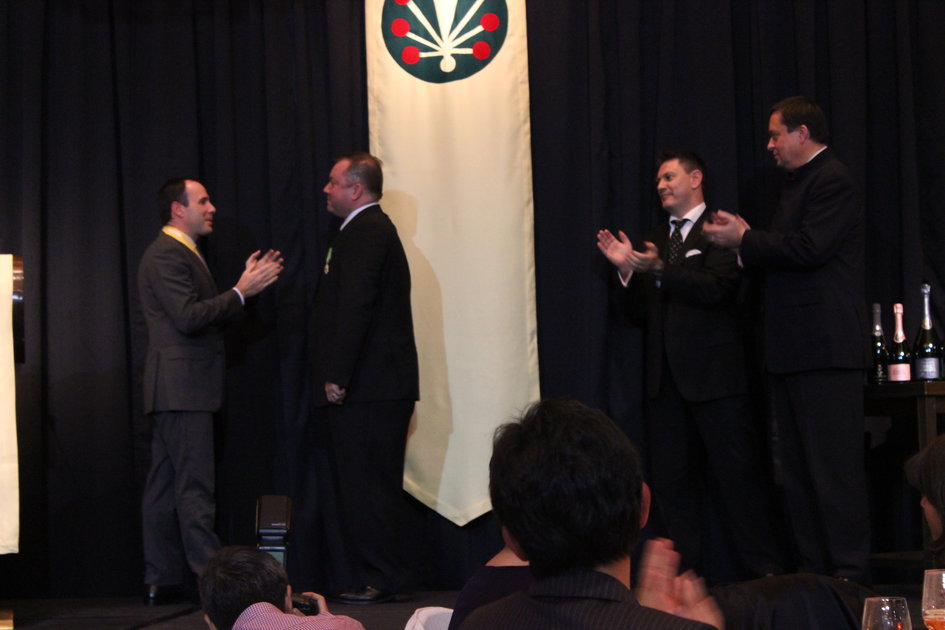 This distinction is a testimony of France’s recognition for Mr. Pech’s loyalty and his relentless efforts to give back to the community. The ceremony was held in the grand ballroom of the Four Seasons Hotel in Hong Kong, and was arranged by the Ordre des Coteaux de Champagne. 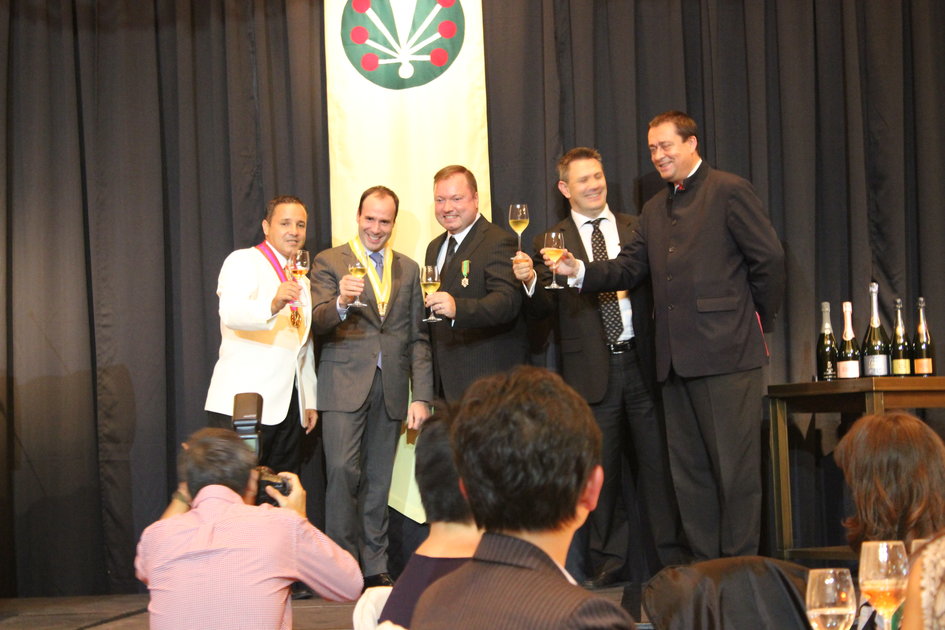