During the World Music Day 2016, various free events will be organised on Saturday 18 June par Alliance Française de Hong Kong. Come and feel the incredible energy of the young and talented artists from France and Hong Kong!

Alliance Française, The East and Lee Tung Avenue are very proud to present the first edition of the World Music Day in Wanchai featuring talented local dance groups, artists and musicians. The event is also known as Fête de la Musique and originated in France in 1982. Since then the idea has spread across the globe with each event holding to the same simple set of principles: that the day is held on the mid-summer solstice and that all concerts and events are free and accessible to the public. There will also be 2 frenchy photo booths, French story-telling sessions for kids and French speak-dating events! The day will end with a typical bal musette, open-air popular dance performed by the swing band, Gadjo Station.

Check out the activites schedule

Free event - Open to all To know more about the event 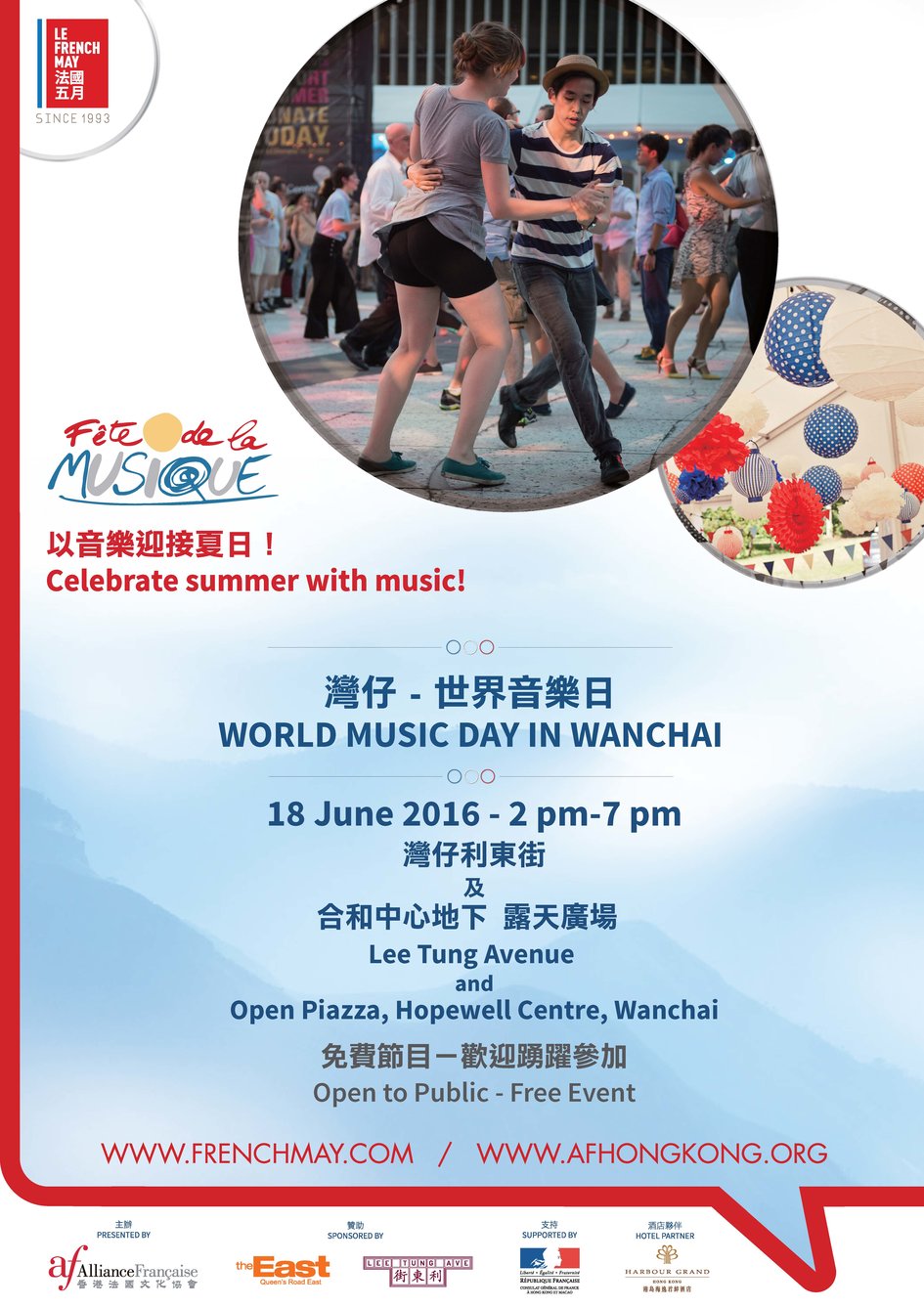 For the World Music Day Concert, the French singer-songwriter, Charles-Baptiste, will share the stage with two talented Hong Kong artists: the 5 members of Stranded Whale Band (progressive pop) and the singer/songwriter Jing Wong (Rock,Folk/blues) who was the opening act for Belle & Sebastian, Kings of Convenience and Andrew Bird in their Hong Kong tour. Charles-Baptiste brings variety and originality to his generation with his repertoire. He incorporates French pop and classical songs into his music, and unites all styles of music with only one goal: bringing people together no matter their age. Gifted with a true artistic personality, Charles-Baptiste will perform his songs with an incredible energy on stage.

Free Admission, by RSVP only here *Booking is only valid with a confirmation email from AFHK 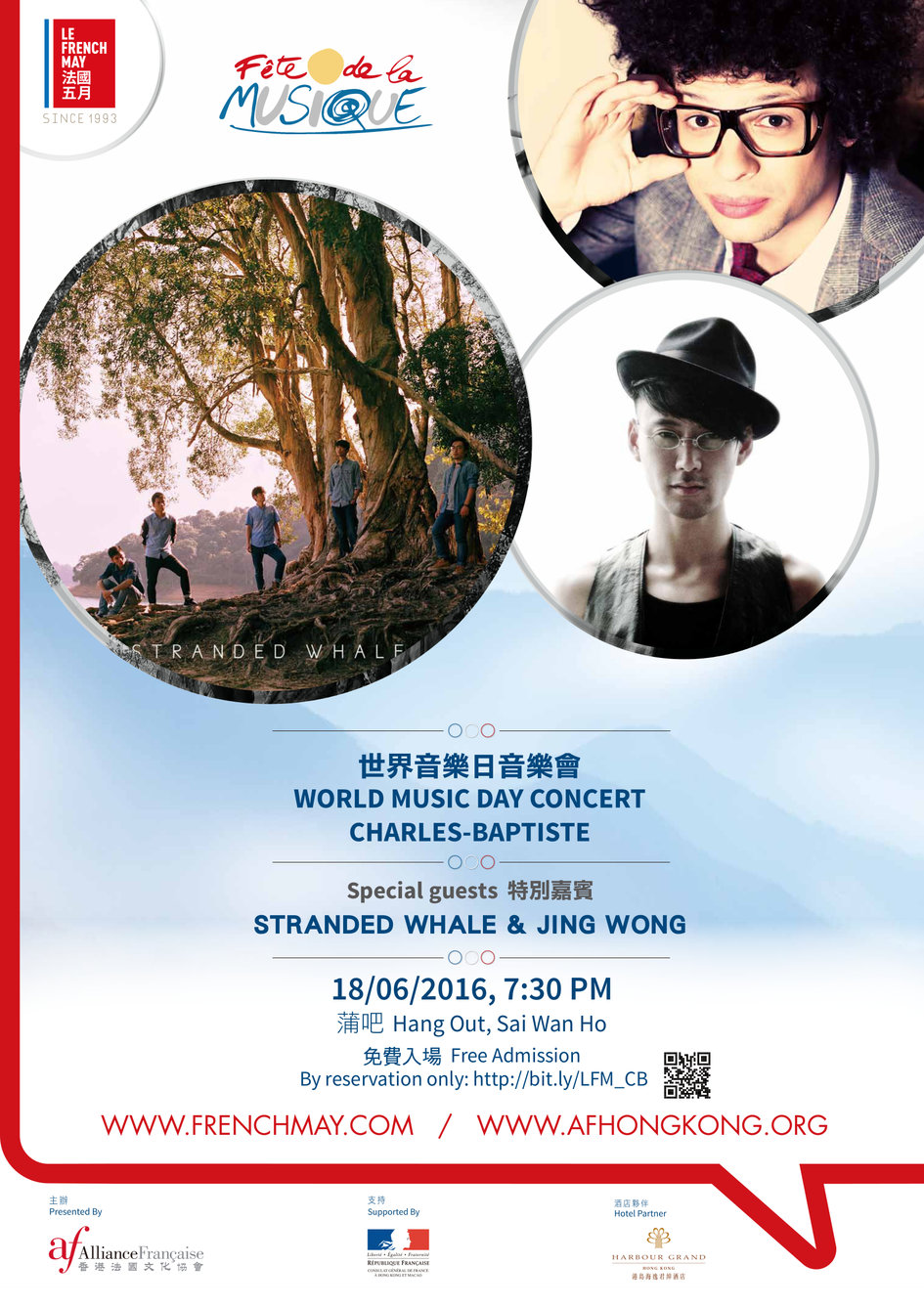 After his concert at Hang out, French Pop singer Charles-Baptiste, will cook up a storm on Kee Club´s Dancefloor on the very same day. His DJ sets are dedicated to the French Pop repertoire, particularly when sung in French. It can go from French vintage yeye singers, famous or cult (France Gall, Brigitte Bardot, Serge Gainsbourg, Jacques Dutronc...) to the best of contemporary hip French pop (Christine and the Queens, Aline, Stromae, Katerine...) with a glimpse of Etienne Daho and Vanessa Paradis. Hints of electro French Touch (taking cues from DaPunk, Phoenix, Breakbot, Aeroplane and Joakim) will come into the scene as the night progresses.