“Wang Keping is one of both China’s and France’s foremost sculptors. These monumental works are very rare in his practice and incorporate the natural elements of the tree’s knots and shapes while through the hand of Wang Keping come to life by way of simple understated gesture. The totems are of a man and a woman- the continued subject of Wang Keping’s obsession. Inspired in his early years by masters of European Modernist and African sculpture, his search today stems from eastern spiritual philosophies using the ideas of simplicity and nature, material and the non-material, physical and spiritual. Through his bestial erotic forms and swirling lines he works with a language of natural intuition of space and object, collaborating with his material and the secrets it has to reveal.” Wang Keping has been selected to exhibit at Art Basel HK’s curated Encounters section with 2 colossal works of wood sculpture measuring up to 3.5 meters in height. Each work is made from a single tree. These works are being shown in Hong Kong for the first time. Wang Keping will have a solo exhibition of new works at 10 Chancery Lane Gallery Central from February 5th and will have a duo exhibition of large works along with fellow Stars (Xing Xing) artist Huang Rui at 10 Chancery Lane Gallery ART PROJECTS in Chai Wan, entitled Black and White Cats. This will be the first time that the two leading Stars artists will exhibit together in a duo show in Hong Kong. This year’s Encounters is curated by Alexie Glass-Kantor, Executive Director of Artspace, Sydney, the preeminent Australian institution which supports the commissioning of contemporary art, publishing initiatives, and residencies. 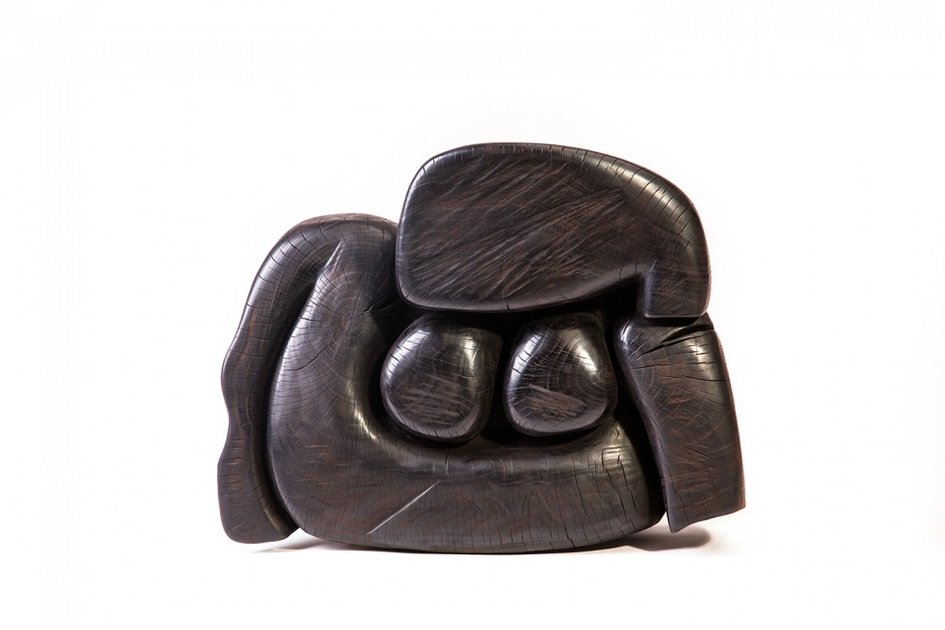 Born in Beijing in 1949, Wang Keping is one of the founders of non-conformist artist group “The Stars” (Xing Xing), formed in 1979 during the post-Cultural Revolution “Beijing Spring”. His work has been presented worldwide at museums including; The Ullens Centre of Contemporary Art, The National Art Museum of China, the Fukuoka Museum in Japan, the Centre Georges Pompidou in Paris, the Musée Maillol in Paris, the Groningen Museum in the Netherlands, the He Xiangning Art Museum in China, The Musée Cernuschi in Paris, The Musée Zadkine in Paris and on the Avenue des Champs- Elysées in Paris at Les Champs de la Sculpture. His work resides in collections around the world, including the Ashmolean Museum, Oxford, UK; Collection de la Ville de Paris, Paris, France; He Xianging Art Museum, Shenzhen, China and Museum of Asian Contemporary Art, Fukuoka, Japan. Work by the artist was recently donated to M+, Hong Kong’s future museum for visual culture by Dr Uli Sigg of Switzerland, the world’s leading collector of Chinese contemporary art. 10 Chancery Lane will present Wang Keping. The artist lives and works in Paris, France.