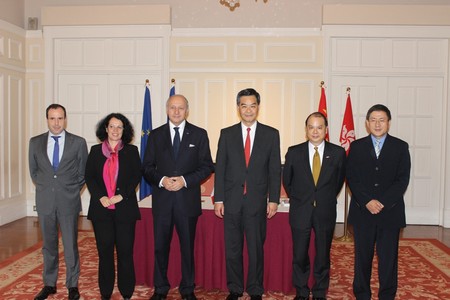 On the occassion of his visit, the Minister met the authorities of Hong Kong SAR, including the Chief Executive Mr. CY Leung. He signed with Mr. Matthew Cheung, Secretary for Labour and Welfare, an agreement on bilateral working holiday scheme. The Minister participated as well in several events to promote the attractiveness of France.

During a ceremony at the French residence, the Minister decorated the "Commandeur des Arts et Lettres" to the renowned Hong Kong film director Mr. Wong Kar-Wai. 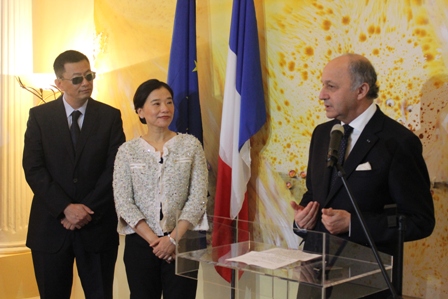 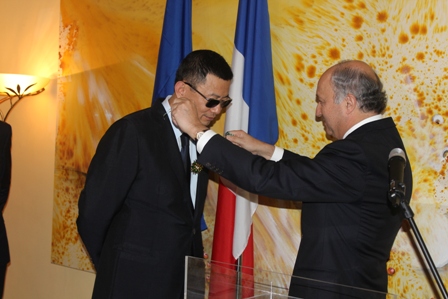 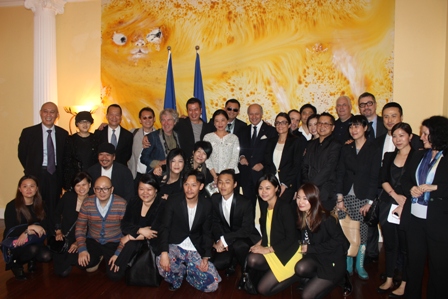 It was followed by a reception for the French community in Hong Kong. 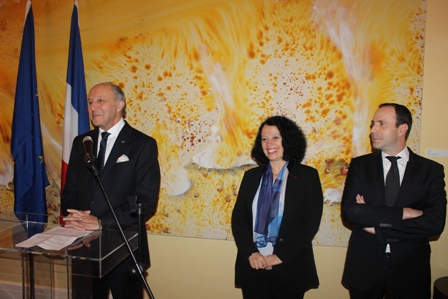 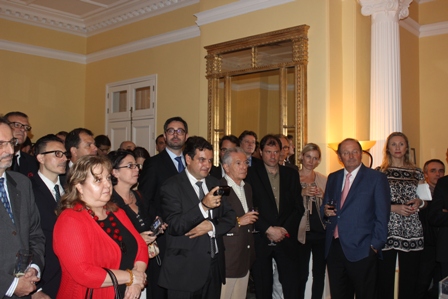 "Conseillers du Commerce Extérieur" then hosted a dinner for the Minister and introduced an overview of the activities of French companies in China and Asia. 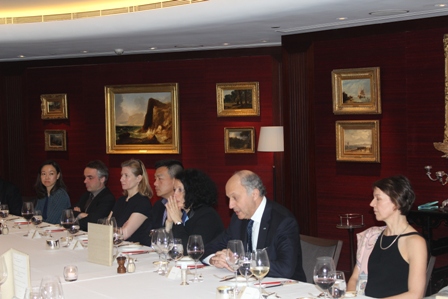 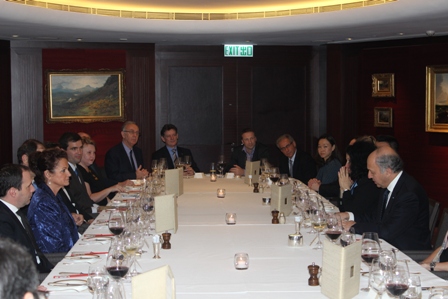 On May 6, the Minister was present at a live interview on CNBC-Asia broadcast to over 400 million viewers around the world (link to the video CNBC) 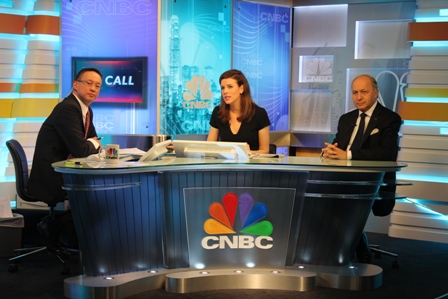 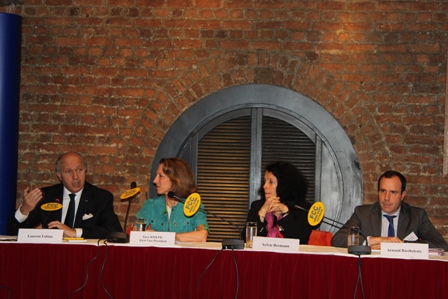 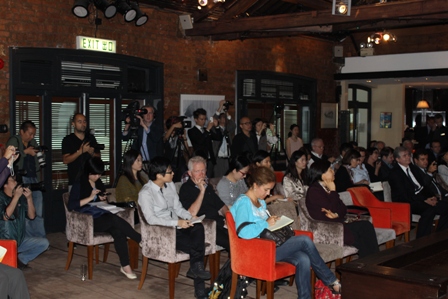 He then shared the French vision on the relations between Europe and China at the Asia Society, an influential organization in economic circles, politicians and intellectuals in Hong Kong. Around 200 guests and journalists attended. (Asia Society Website) 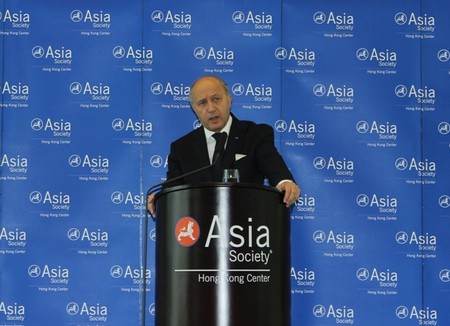 In the afternoon, the Minister met Mr. CY Leung, Chief Executive of Hong Kong SAR. Then he signed with Mr. Matthew Cheung, Secretary for Labour and Welfare, in the presence of Chief Executive, an agreement to mark the establishment of a bilateral working holiday scheme to benefit young people from both sides, from 1st July onwards. Under this agreement, young people, aged between 18 and 30, from Hong Kong and from France, will be allowed to spend up to one year respectively in France and in Hong Kong, with the possibility to take up employment to finance their stay. (Link to the official statement of the HKSAR government) 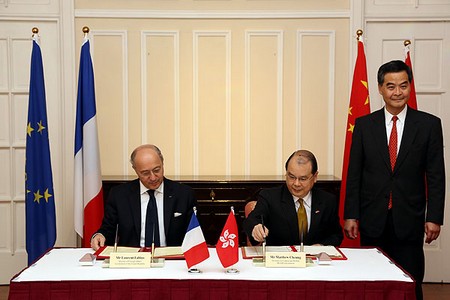 The Minister also visited the Consulate General of France in Hong Kong and Macau and met the staff. 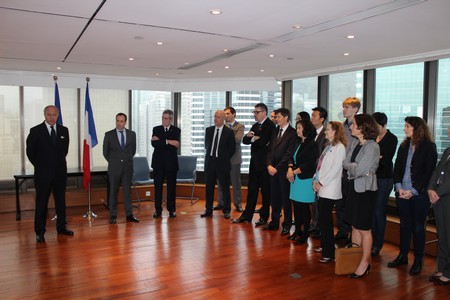 The Minister attended as well a reception in his honor, hosted by Sir David Li for the members of the "Chapitre de la Légion d’Honneur de Hong Kong". 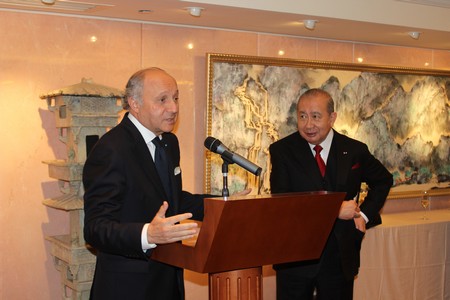 The Minister finally inaugurated the major exhibition of Le French May - "Jean Cocteau: Spirit of the 20th Century Parisian Scene", in the presence of Mrs. Carrie Lam, Chief Secretary for Administration of HKSAR. 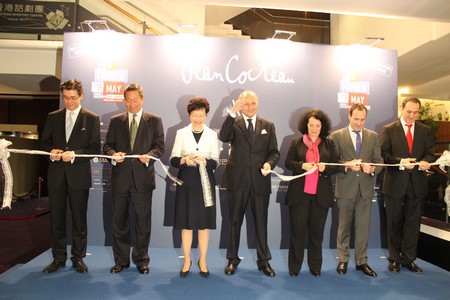 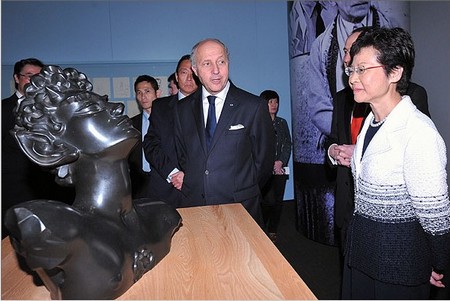 The visit terminated in the evening by a dinner with Hong Kong’s economic figures.