Visit of Mr. Jean-François Huchet, President of the National Institute of Oriental Languages and Civilizations (Inalco) in Hong Kong [fr]

The president of the Inalco, Mr. Jean-François Huchet, makes a working visit to Hong Kong from October 10th to 12th 2019.

The president of the Inalco, Mr. Jean-François Huchet, makes a working visit to Hong Kong from October 10th to 12th 2019. He is accompanied by Gilles Forlot and Peter Stockinger, respectively vice-president for international relations and research. Their program includes working meetings with several universities, a presentation of Inalco to the students of the French International School as well as a gathering with the alumni residing in Hong Kong. 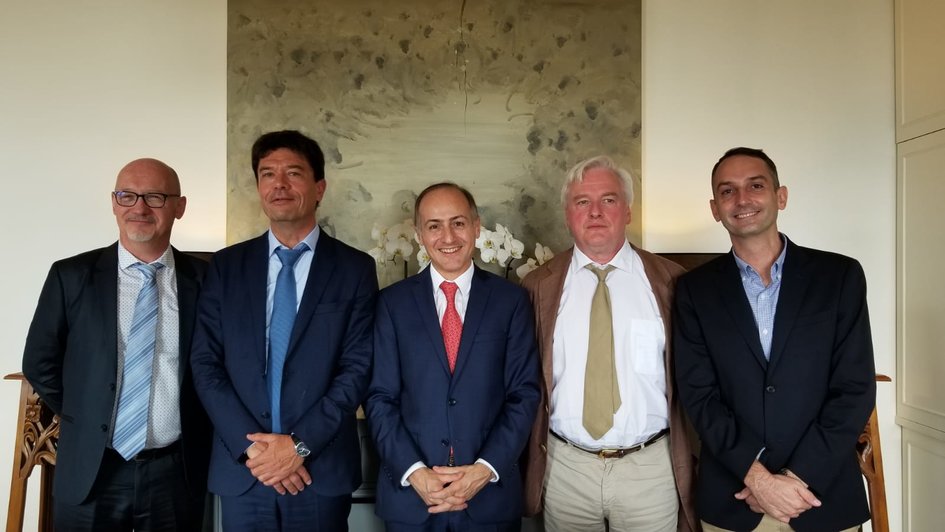 The National Institute of Oriental Languages and Civilizations, better known as “Inalco”, is a renowned French public higher education and research institution. Heir to the School of Oriental Languages founded by the National Convention in 1795, the institute is, alongside Ecole Polytechnic and the Ecole Normale Supérieure, one of the three great schools inherited from the French Revolution.

The institution offers a great diversity of courses in languages and civilizations, from Bachelor degree to Doctorate degree. The institution teaches more than one hundred rare languages. To complete the curriculum, the courses on civilization has integrated history, geography, societies, political and economic systems, realities and cultural developments of the concerned countries, from Central Europe to Africa and from Asia to America via Oceania.

Jean-François Huchet has been the president of Inalco since February 2019. He is a leading expert on Chinese contemporary economy; author of numerous books and articles on the development of Asian economies and the role of the State. At last a connoisseur of Hong Kong, he was the director of French Centre for Research on Contemporary China from 2006 to 2011.