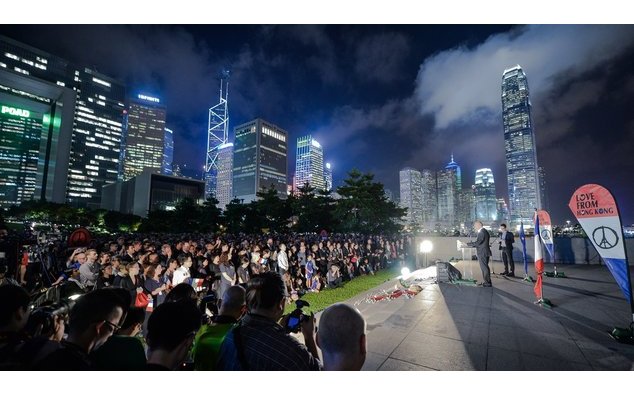 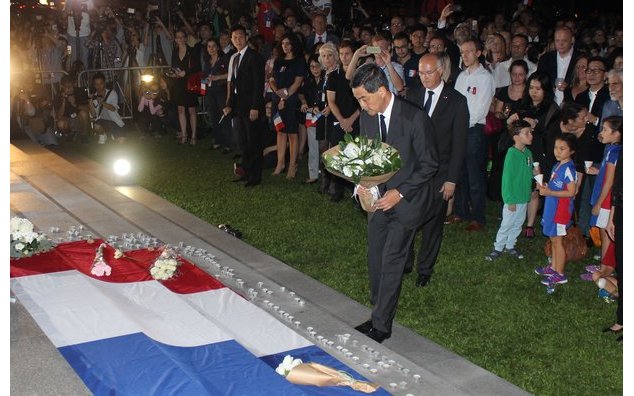 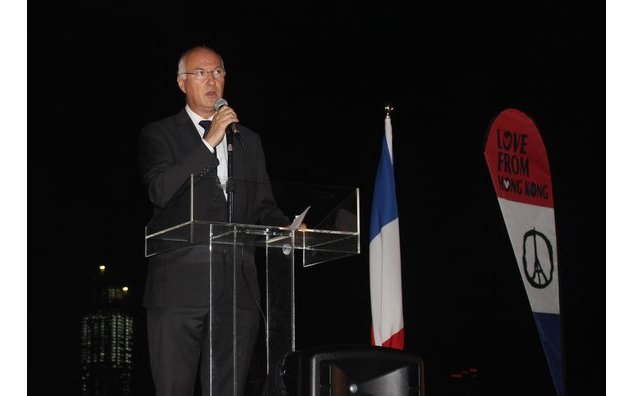 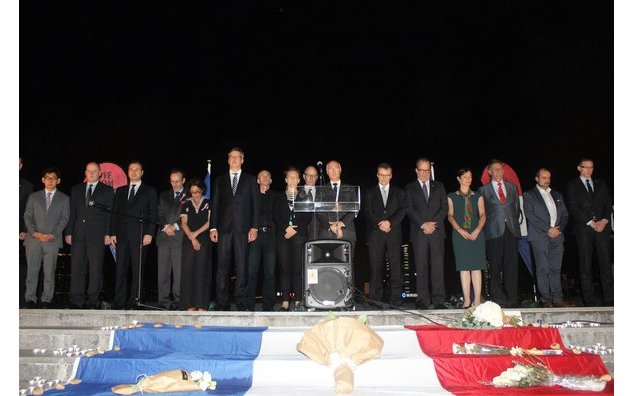 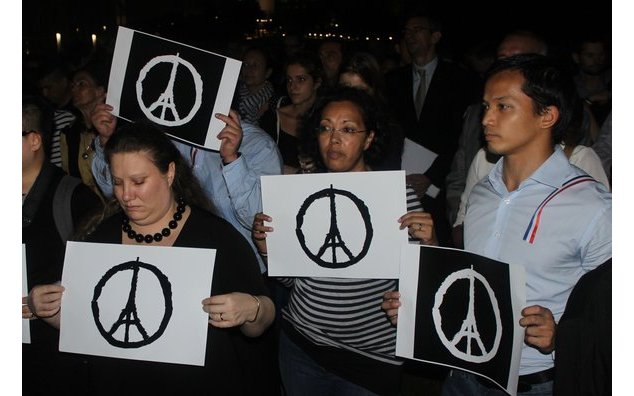 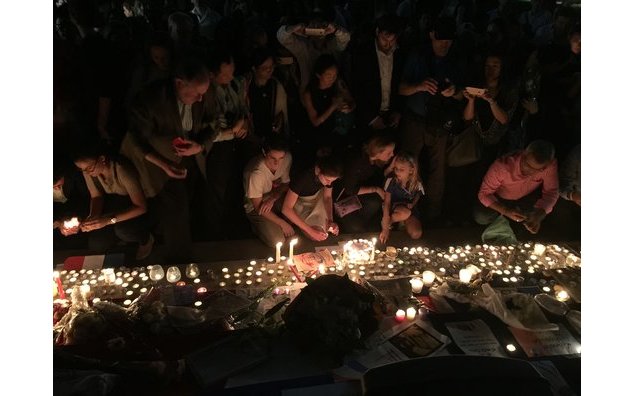 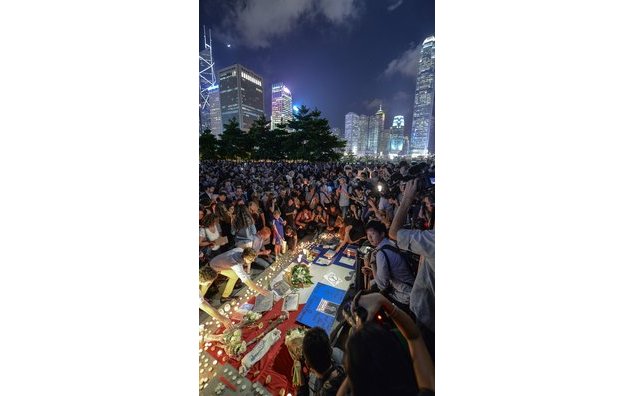 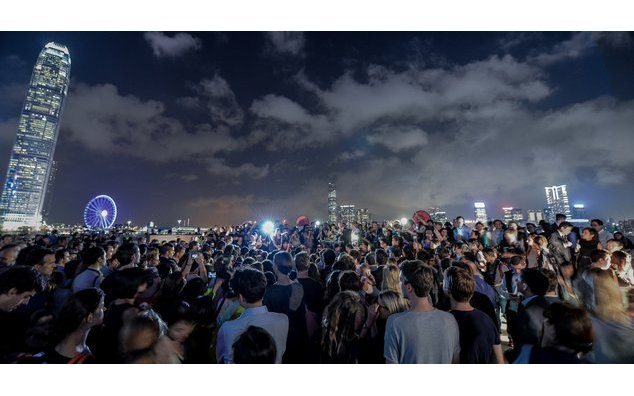 2,500 people took part in a vigil on November 16, 2015 at Tamar Park in Hong Kong, to mourn the victims of the Paris attacks. Chief Executive, Mr. Leung Chun-ying, layed flowers to pay his respects and expressed Hong Kong’s support to France. Consul General Eric Berti then delivered a speech calling for unity against terrorism. At 7pm, the attendance observed one minute of silence, at the same moment that France and Europe were observing theirs. The crowd then sang the French national anthem, La Marseillaise, before lighting candles, laying flowers and messages of solidarity around a French national flag.