With more than 500 spectators, the concert of "Mars en Folie" on Saturday March 31st 2012, presented for the first time in Macau was a great success! 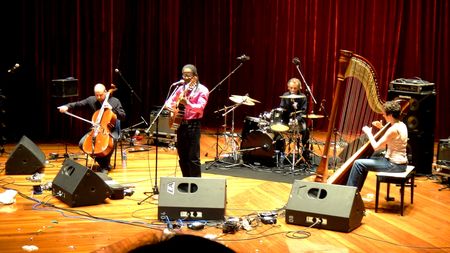 Last Saturday, at the University of Macau, was organized for the first time a French concert as part of the tour of "Mars en Folie".

The event jointly organized by the network of the Alliances Françaises, the General Consulates of Canada, Switzerland, Belgium/ Delegation Wallonie-Bruxelles, and the Office of Quebec in China, aims at celebrating the 17th annual celebration of the Francophonie around the world.

Many positive comments followed the musical performances of those artists whose music and talent have rarely had the opportunity to be heard in Macau. 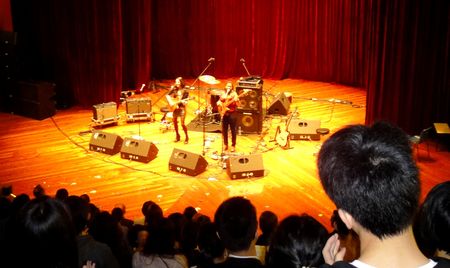 Bitibak, Simon Nwambeben’s Trio from France and Alexandre Desilets from Canada made ​​an unforgettable appearance. Manou Gallo (Belgium) and Mama Rosin (Switzerland) set fire to the concert hall and at the end of their show the crowd came to ask for autographs.

But what is essential is that this was the first time the French festival was celebrated in Macau. We hope that after such a success, it will not be the last!