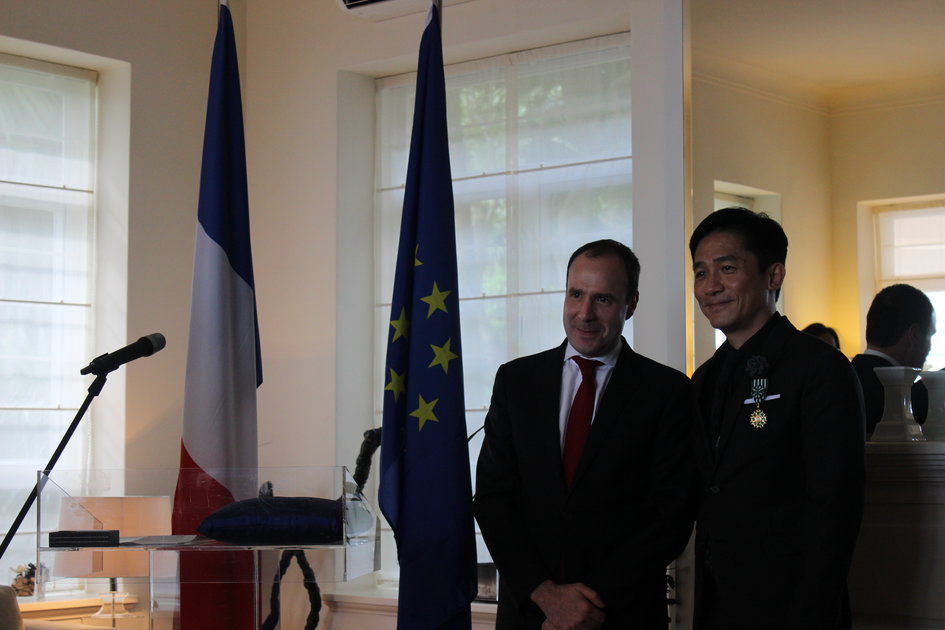 On this special occasion, Tony Leung was accompanied by his wife, actress Carina Lau and director Wong Kar-wai with whom he has already collaborated on seven feature films. 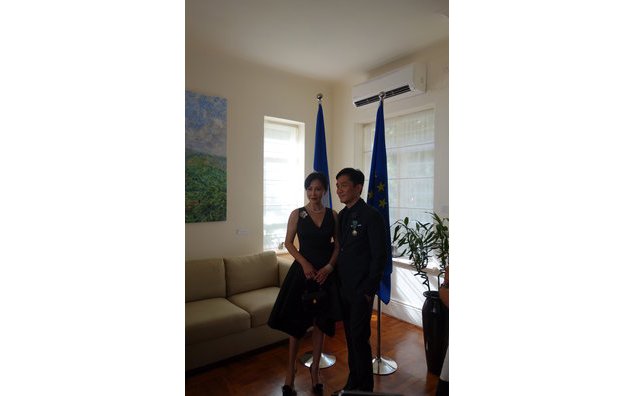 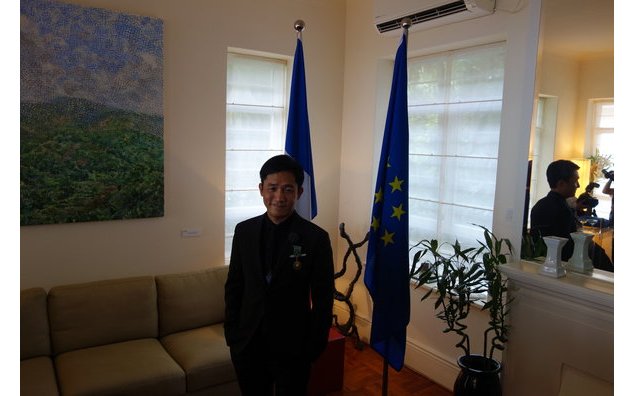 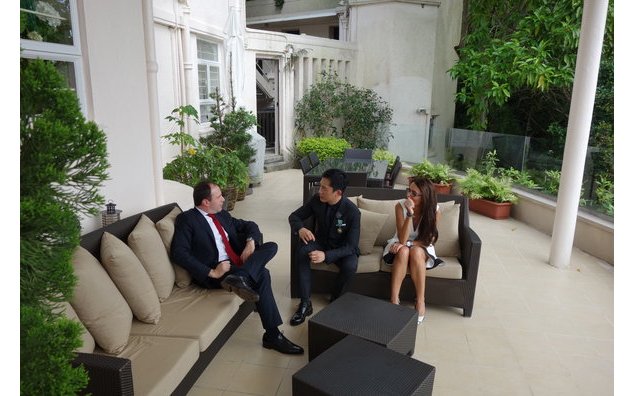 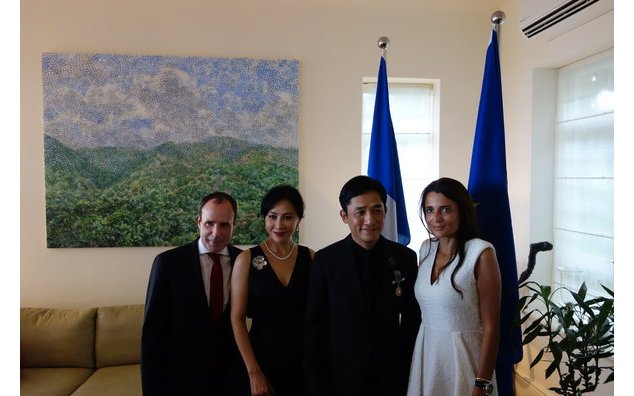 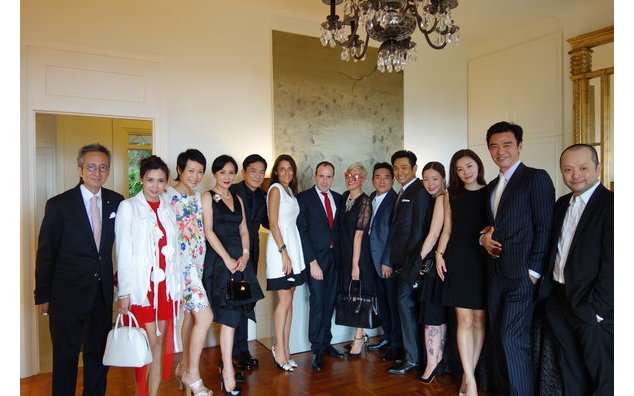 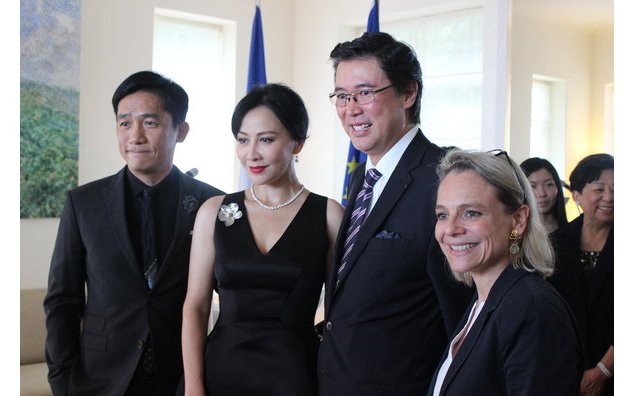 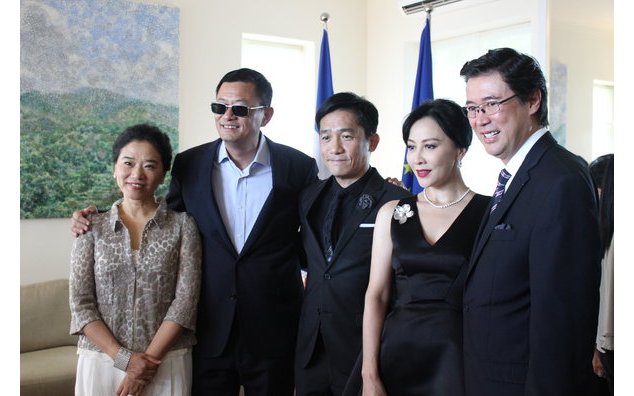 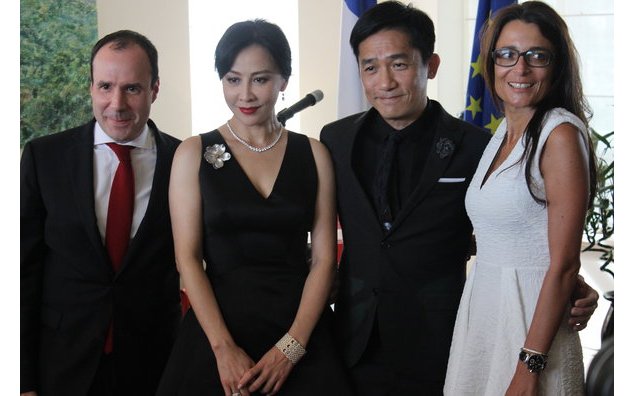 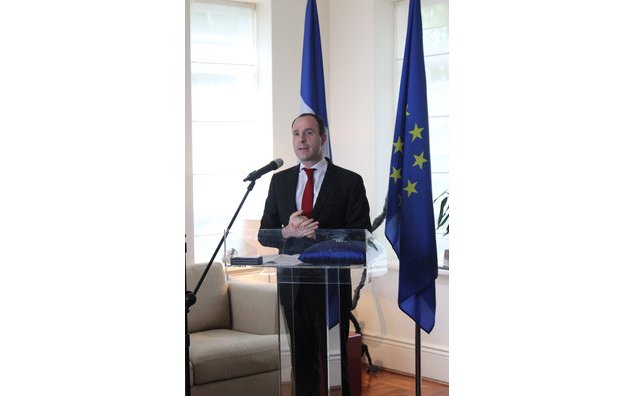 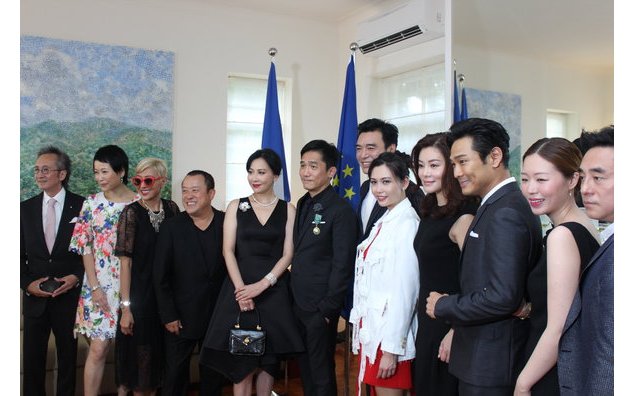 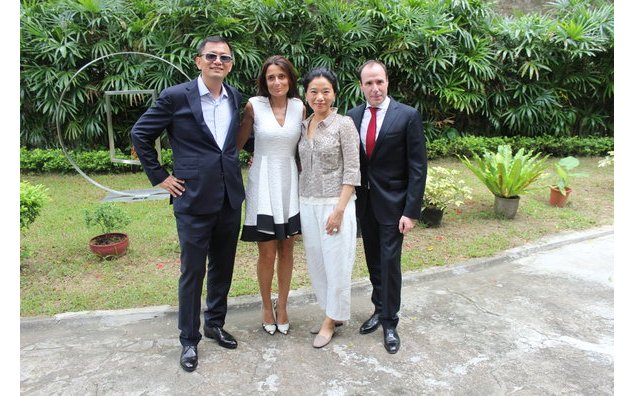 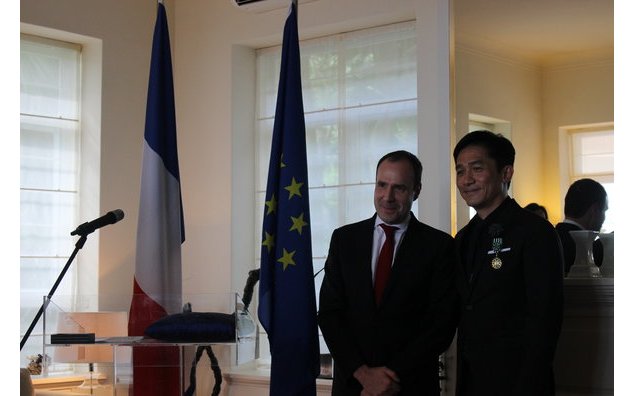 Awarded Best Actor at Cannes Film Festival in 2000 for his masterful performance in In the Mood for Love by Wong Kar- wai, Tony Leung had worked with leading Asian directors: John Woo, Johnnie To, Ang Lee, Hou Hsiao-Hsien or the French-Vietnamese director Tran Anh Hung. 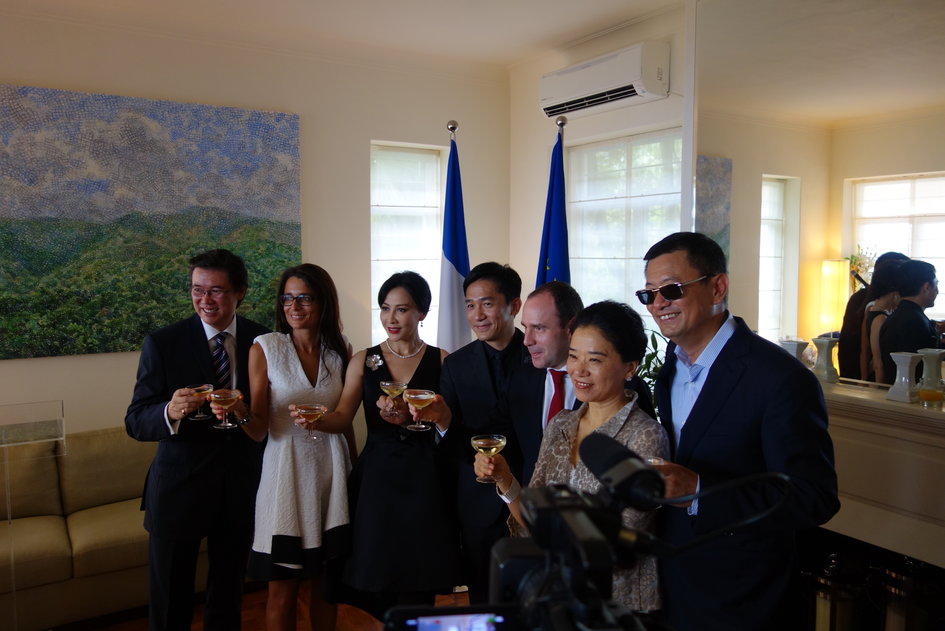 In his speech, the Consul General recalled the key moments of Tony Leung’s film career, marked by an international recognition, and his commitment in bringing together the cultures of France and Hong Kong. In 2014, Tony Leung has notably been the ambassador of the 22nd edition of Le French May along with Carina Lau.

Please find the full speech delivered by the Consul General in the document below.