Hong Kong theatres embrace French cinema in all its diversity! 4 French films and coproductions by acclaimed filmmakers are being released between 7th and 21st June.

Synopsis: In today’s Beirut, an insult blown out of proportions finds Toni, a Lebanese Christian, and Yasser, a Palestinian refugee, in court. From secret wounds to traumatic revelations, the media circus surrounding the case puts Lebanon through a social explosion, forcing Toni and Yasser to reconsider their lives and prejudices.

Reserve your seats via : The Grand, Cinema City, Broadway Circuit

Based on an original novel by Delphine de Vigan.

Synopsis : Delphine is the author of a highly personal novel about her mother, which has become a bestseller. Already exhausted by the endless demands for interviews and made vulnerable by her memories, Delphine is soon tormented by anonymous letters accusing her of having turned her family into a source of gossip. The novelist has stalled, paralyzed by the idea of having to start writing again. She then crosses paths with Elle, a young and attractive woman, who is also intelligent and intuitive. Elle understands Delphine better than anyone. Delphine becomes attached to her, she confides in her, lets herself go. How far will Elle go, now that she has moved into Delphine’s place? Has she come to fill a void or create one? Give Delphine a new breath of life or steal her life from her? 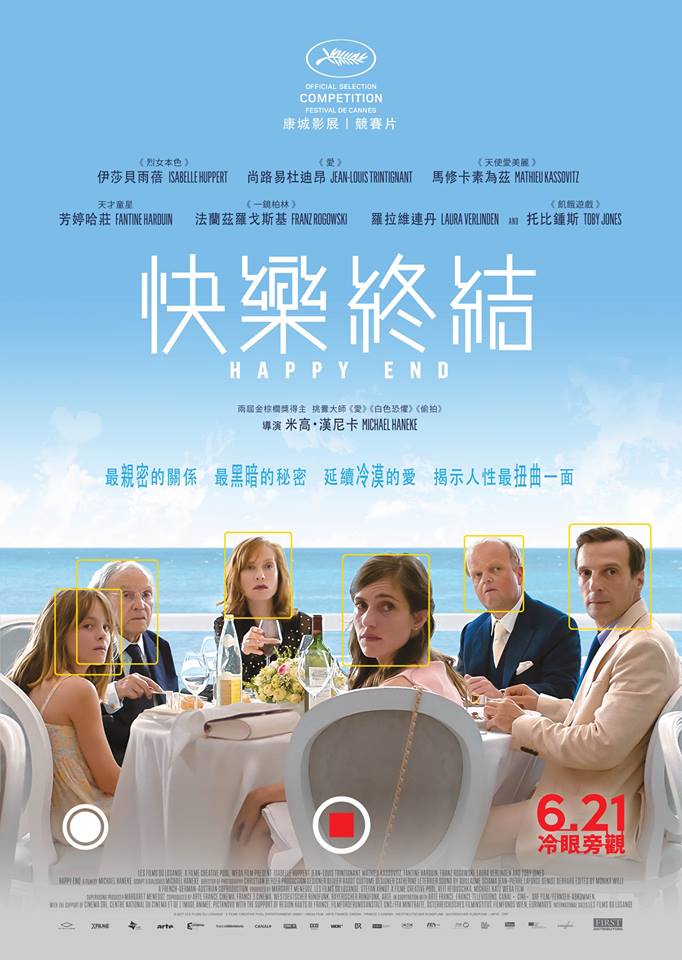 Synopsis: "All around the world and us in the middle, blind." The snapshot of a bourgeois European family.

Happy End is a sequel of sorts to his previous film Amour. Elements of the film also echoes "Benny’s Video", "Hidden" and "The White Ribbon". Haneke’s works as always, dark, provocative, unapologetic & never letting the audience off the hook.