The international success of the French documentary

Acclaimed for their diversity and the high standard of their research, French documentaries export well, especially to Scandinavian and English-speaking countries. In 2010, sales to foreign distributors saw growth of nearly 14% compared with the previous year. 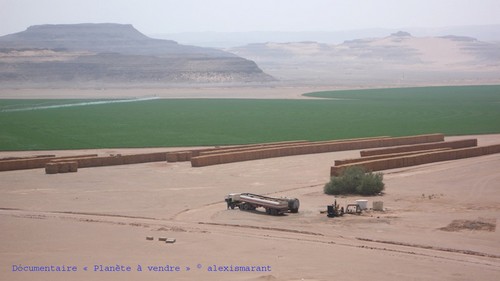 French-made documentaries are enjoying worldwide success. After entertainment, the documentary is today the TV genre most widely purchased by foreign distributors, especially Scandinavian, British, American, Russian, Japanese and Chinese ones. In 2010, 2,450 hours of documentary films were produced in France. According to the statistics published last September by the CNC (France’s National Centre of Cinematography) and TV France International, the company responsible for exporting French programmes, these sales brought in 26.4 million euros, an advance of 13.7% on 2009.

Apart from lower production costs compared with other television programmes – an hour of documentary costs on average 150,000 euros, as against 850,000 euros for a fictional programme – the sector is boosted by the commitment of the TV channels, especially the public ones. Indeed, the group France Télévisions and Arte both broadcast and contribute to the funding of a high volume of documentaries, often shown early in the evening. The documentary has also become the genre that receives the most support from the CNC’s audiovisual support fund, which allocated it a budget of 75.3 million euros in 2010, which represents a rise of 9.2% compared with the previous year.

Well-suited to television thanks to their diverse lengths (26, 52 or 90 minutes), these documentaries tackle a wide range of subjects: the animal world, ways of life, science or history. France 2’s documentary series Apocalypse, made by Isabelle Clarke and Daniel Costelle using restored archive images, has sold particularly well. Broadcast in 2009, the first part, on the Second World War, was distributed to 170 countries. The second part, focusing on Hitler, has already been sold to 120 countries, according to the international development centre of France Télévisions. It is the biggest- selling programme by the France Télévisions group after Yann Arthus-Bertrand’s Vu du ciel [Earth from the Air].

French documentaries now rank among the leaders in worldwide exports. The French possess recognised skills in this field and are renowned for “their investigative work, original subject matter and genuine writing skills,” according to Mathieu Béjot, executive director of TV France International. They also offer an original and wide-ranging view of the world: “On Iraq, the English-speaking countries take a more factual approach. They show bombs exploding, bodies bleeding. Whereas the French look more closely at the human side, the background. There is also, markedly for the conflicts in the Middle East, a broader perspective and a desire to offer several points of view,” stresses Mathieu Béjot.

In 2011, France also stood out in the field of investigative reporting. Planète à vendre [Planet for Sale], a fascinating study about the control of farmland all over the planet, co-produced by Arte and Capa with assistance from the CNC, has been distributed in 16 countries. French historical investigation is also highly regarded: Les Combattants de l’ombre [Shadow Fighters Tell Their Story], a documentary series on the Resistance, co-produced and broadcast on Arte, has met with great international success.

French documentaries also contribute to France’s cultural diplomacy thanks to their non-commercial distribution through the Institut Français.