The Shaw Prize in Mathematical Sciences was awarded to two mathematician, Claire VOISIN and Jonas KOLLAR, for their remarkable results in many central areas of algebraic geometry, which have transformed the field and led to the solution of long-standing problems that had appeared out of reach. Professor Claire Voisin gave her presentation on "polynomial degree". 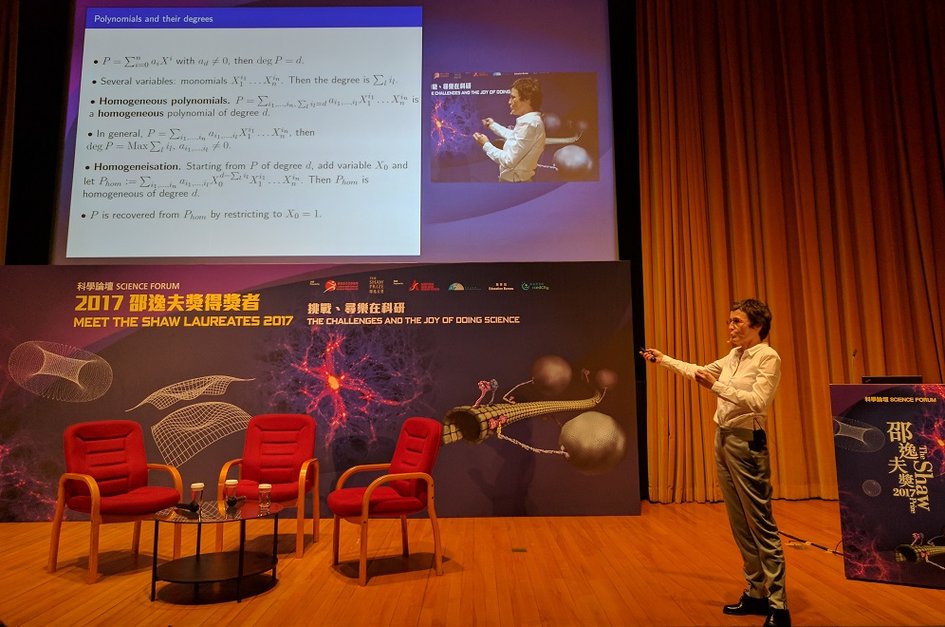 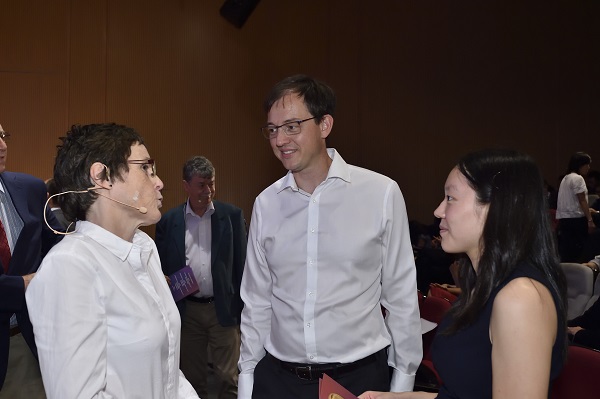 Claire Voisin was born in 1962 in Val-d’Oise, France and is currently Professor, Algebraic Geometry Chair at Collège de France. She obtained a postgraduate teaching diploma in mathematics in 1983 and her PhD from Université Paris-Sud, France in 1986. She joined the Centre National de la Recherche Scientifique (CNRS) immediately after graduation in 1986 and continued her career there until 2016, and she was successively Researcher at the Université Paris-Sud in Orsay and then Senior Researcher and Directrice de recherche at the Institute de Mathematiques de Jussieu (CNRS / UPMC / Université Paris Diderot). She became a Professor at the Collège de France and has held the chair in Algebraic Geometry since 2016. She is a member of the Académie des Sciences (France) and foreign associate member of the US National Academy of Sciences.