Home > The Consulate General > News > Consulate news > The Paris Observatory: at the cutting edge on a global scale

The Paris Observatory: at the cutting edge on a global scale

The Paris Observatory is one of the largest astronomy and astrophysics research establishments in the world and also one of the oldest. Its activities cover all fields of space exploration and sciences, from planetary science through to cosmology. Based on three sites, Paris, Meudon and Nançay, it brings together almost a third of the French scientific community working in this field. At international level, the Observatory is one of the most active research centres in the world and is currently taking steps to strengthen its partnerships with other centres. 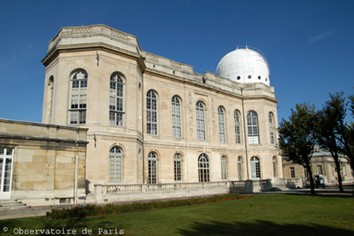 The Paris Observatory is the institutional cradle of astronomy in France. Established on 21 June 1667 by the Royal Academy of Sciences, which was itself founded a year earlier by Louis XIV and Colbert, it has been dedicated solely to astronomical activities from the outset. The building is an architectural gem, built astride the line of the Paris meridian by architect Claude Perrault. Its ambitious initiatives have played a key role in the history of science and it has extended its area of activity from astronomy to astrophysics and space technology.

Generations of astronomers have passed through its doors. The Paris Observatory falls under the remit of the French Ministry of Education, Higher Education and Research and is “by far the largest astronomical research centre in France,” according to its President, Claude Catala. “It has 600 permanent staff and almost 400 students.” The Observatory’s eight laboratories are sited at its campuses in Paris, Meudon and Nançay. The work is carried out in mixed units, in association with the work of the French National Scientific Research Centre (CNRS) and the major universities in and around Paris.

The Meudon site near Paris was set up at the instigation of astronomer Jules Janssen in 1875 on a former royal estate, and was attached to the Paris Observatory in 1926. The site specialises in astrophysics and is currently at the cutting edge in the field of space. Since it was built, the Meudon telescope has been the third largest astronomical telescope in the world in terms of diameter. Between now and 2014, a gamma telescope four metres in diameter will be brought on stream at Meudon. Researchers at the Universe and Theories laboratory are coordinating its construction with the Instruments Centre, which is responsible for defining, designing and producing major astronomical instrument projects on the ground and in space.

In 1953, researchers from the Ecole normale supérieure de Paris founded the radio astronomy station in Nançay, in the Centre region, which was quickly attached to the Paris Observatory. Nançay is an important centre for the development of new-generation instruments in the field of low-frequency radio astronomy, in particular in the context of European and international programmes. Based in Nançay since 2010, the European LOFAR (LOw Frequency Array) station has made it possible to increase sensitivity and angular resolution by one to two orders of magnitude compared with existing instruments.

The Paris Observatory covers all areas of astronomy and astrophysics from the solar system, stars and their environment to galaxies, the origin of the universe, the measurement of time and space, and so on. Numerous observation programmes are run, in particular in conjunction with NASA (National Aeronautics and Space Administration) and the ESA (European Space Agency). “We are closely involved in all space missions, including Mars Express and Venus Express, Cassini Huygens and Rosetta (a very ambitious ESA mission), which is currently in its cruising phase and expected to reach the Churyumov-Gerasimenko comet in 2014,” explains Claude Catala.

Originally proposed by the CNES (National Centre for Space Studies), over time the COROT (COnvection, ROtation and planetary Transits) mission has become an international collaborative project involving the ESA, Austria, Belgium, Germany, Spain and Brazil. Its aim is to detect exo-planets and probe the heart of stars. “We have found ‘super Earths’ and telluric or Earth-like planets, but they are not inhabitable,” according to Claude Catala.

“There are multiple challenges, both in terms of scientific research and teaching [...]. There has also been significant progress in opening up our Master’s and Doctoral programmes to international students,” says Catala. Much of the Observatory’s work is, in fact, devoted to passing on the knowledge and skills of French researchers. Its high-level teaching and varied programmes of study have earned it an international reputation.

The Observatory has long been establishing partnerships with the world of business, among other things by developing original components such as sensors, mixers and antennas. The institution has over 20 partners including major industrial groups, medium-sized businesses and public-sector organisations and thus contributes to driving economic development. It also aims to raise awareness among the general public of new ideas and changes in technology, in particular by taking part in key events in the scientific calendar such as La Nuit des Chercheurs [Research Night], La Fête de la Science [Festival of Science].