The Consul General of France in Hong Kong and Macau, Mr. Eric Berti, bestowed the title of "Officier de l’Ordre national de la Légion d’Honneur" upon the Chief Justice of the Hong Kong Court of Final Appeal, The Hon. Geoffrey Ma, on December 11, 2015. 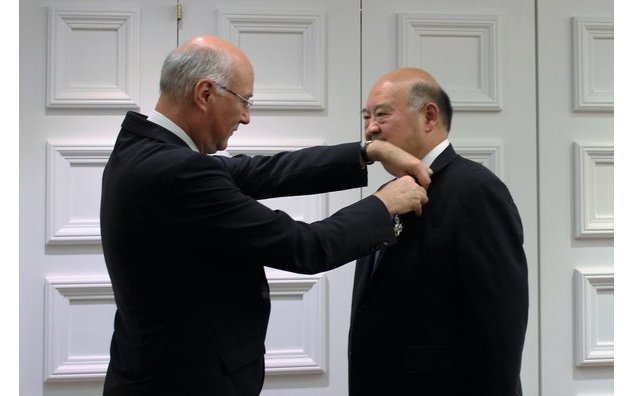 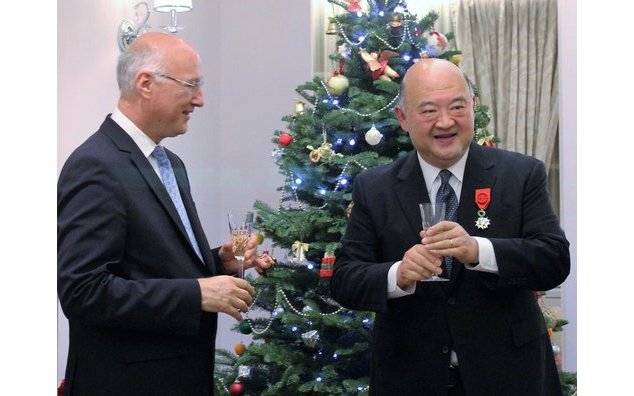 The title of Officer of the Legion of Honour was awarded to Mr. Geoffrey Ma for his tireless efforts to uphold the rule of law and the independence of the judiciary to which France attaches a great importance.

The award is also a recognition of Mr. Geoffrey Ma’s contribution to the promotion of French culture in Hong Kong. As a fervent supporter of Alliance Française in Hong Kong and a fan of French cinema, he has for many years devoted time, energy and enthusiasm to participate in French cultural events, like the openings of the Cinepanorama French film festival.

Origin The Legion was established by law on May 19, 1802. In expressing his reasons for creating the Order, Napolean said, “It will remove all distinctions of nobility, which placed inherited glory above acquired glory and descendants of great men above great men.”

Ranks This distinction has five ranks - Knights (Chevaliers), Officers, Commanders, Grand Officers and Grand Crosses. The Grand Officers and the Grand Crosses are known as the Dignitaries of the Order. Members are eligible for promotion after a certain number of years at each rank, but these requirements, too can be waived under extraordinary circumstances. Chief Justice Mr. Geoffrey Ma has been directly conferred the rank of Officer of the Legion of Honour.