Four laureats were awarded the “Dennis and Anne Beaver Foundation” Bourse d’excellence scholarship 2016” during the ceremony on 5th March held at St. Margaret’s Girls’ College in Tai Wai. While French teachers, students and parents attended the ceremony, Mr Beaver presented the prizes to the recipients of the scholarship in the presence of Consul General of France Mr Eric Berti.

After selection from jury based on both written and oral linguistic ability in French language, four students were chosen for the scholarship. The four recipients have shown excellent mastery over the language as well as a strong interest in pursuing the study of the French language in France and for future further studies. These students will be spending a total of 4 weeks in July 2016 at St Denis International School (Pays de Loire) where they will enroll in a French intensive course and will be living with local host families. 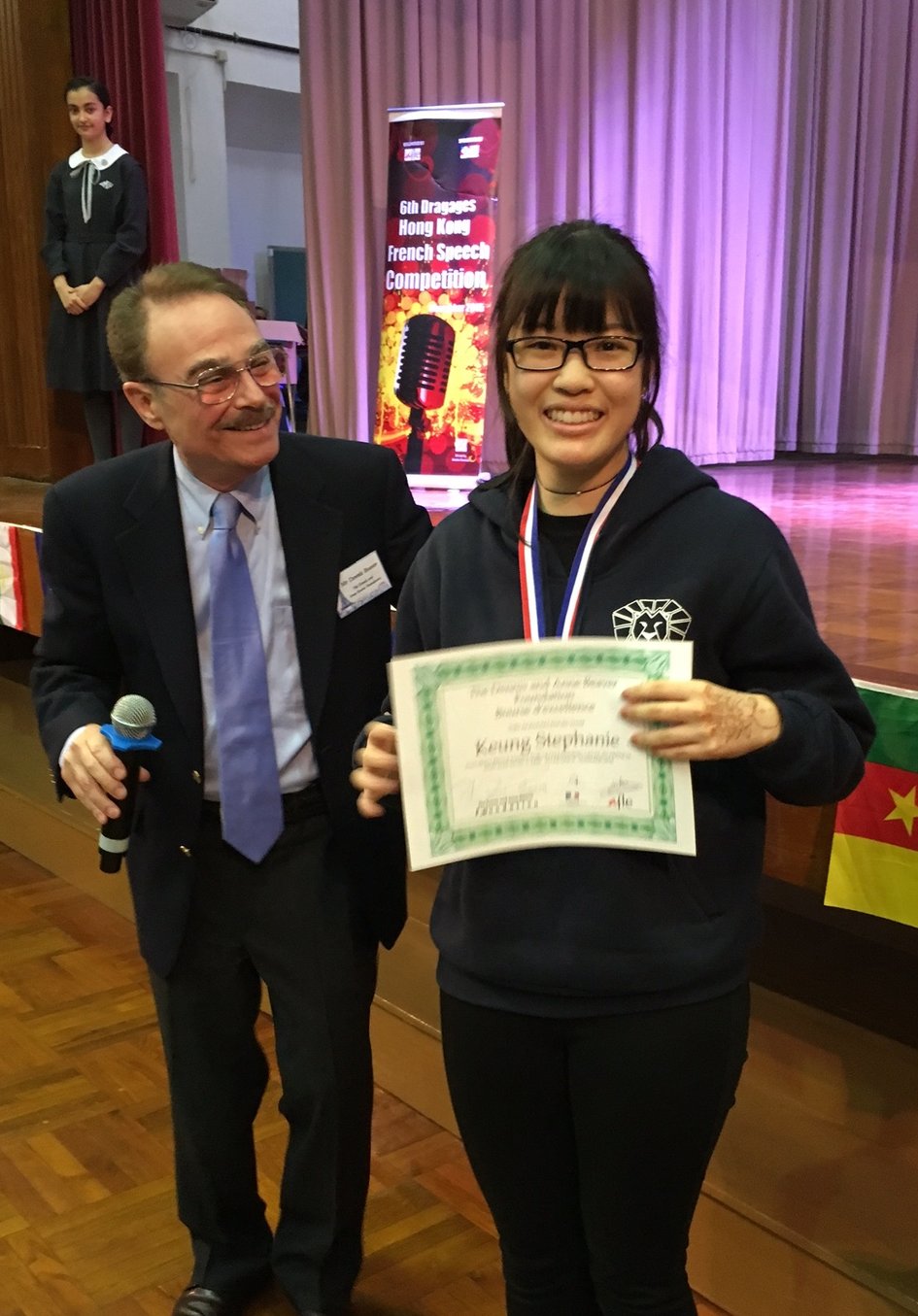 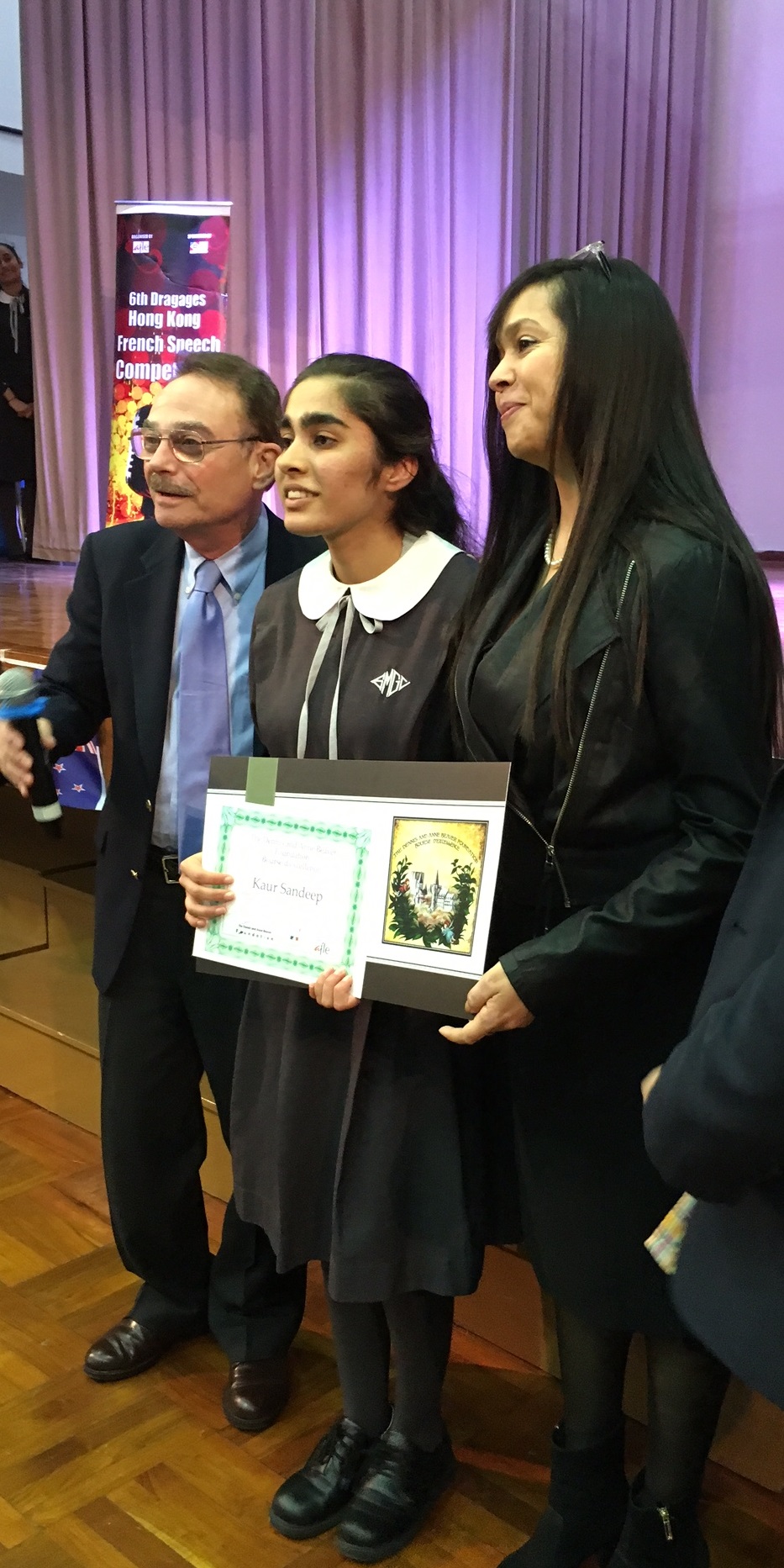 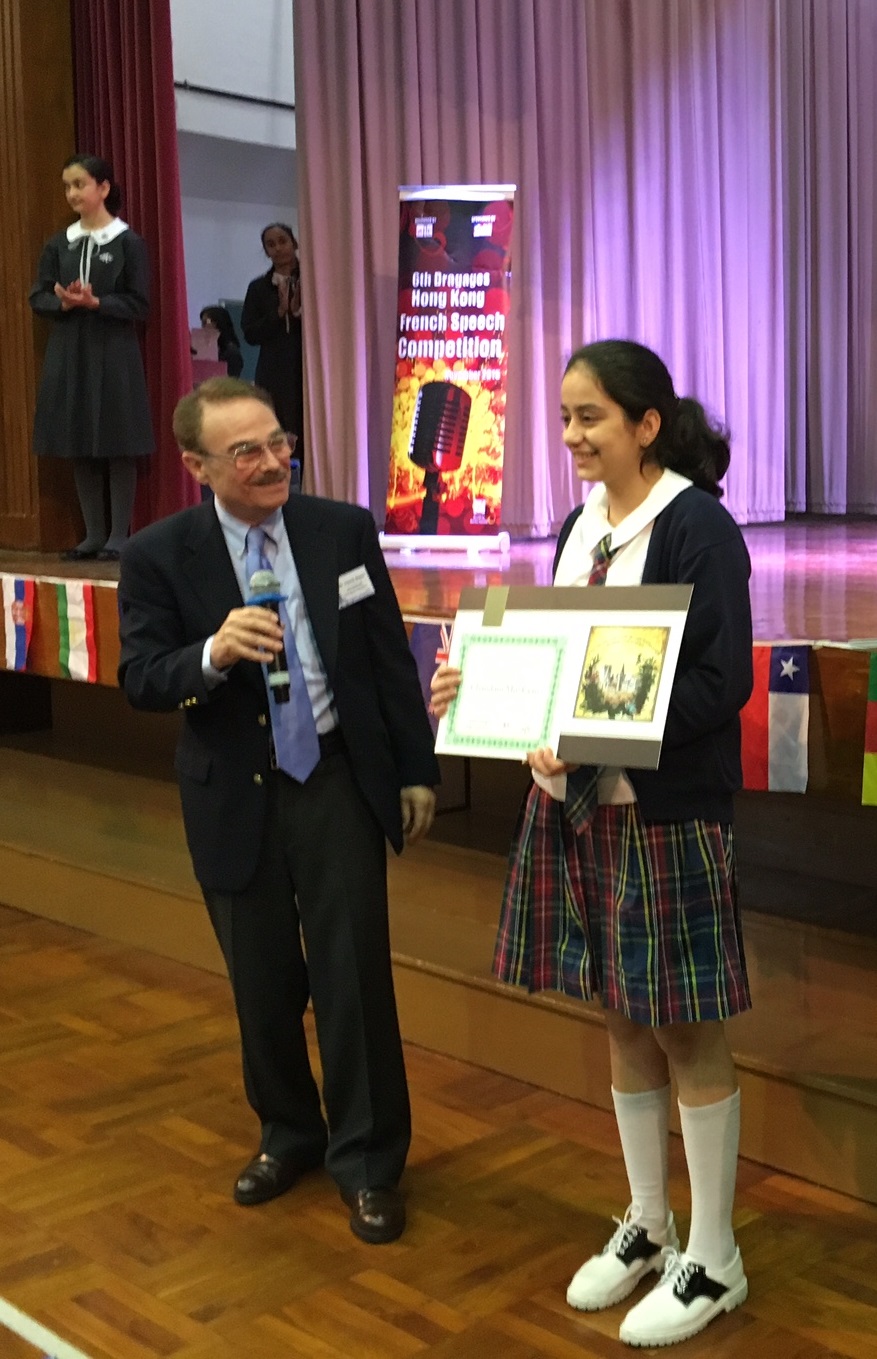 We would like to extend our heartfelt congratulations to the four selected recipients as well as their French teachers, and we wish that they would be greatly benefited from their upcoming linguistic immersion in France the coming summer. 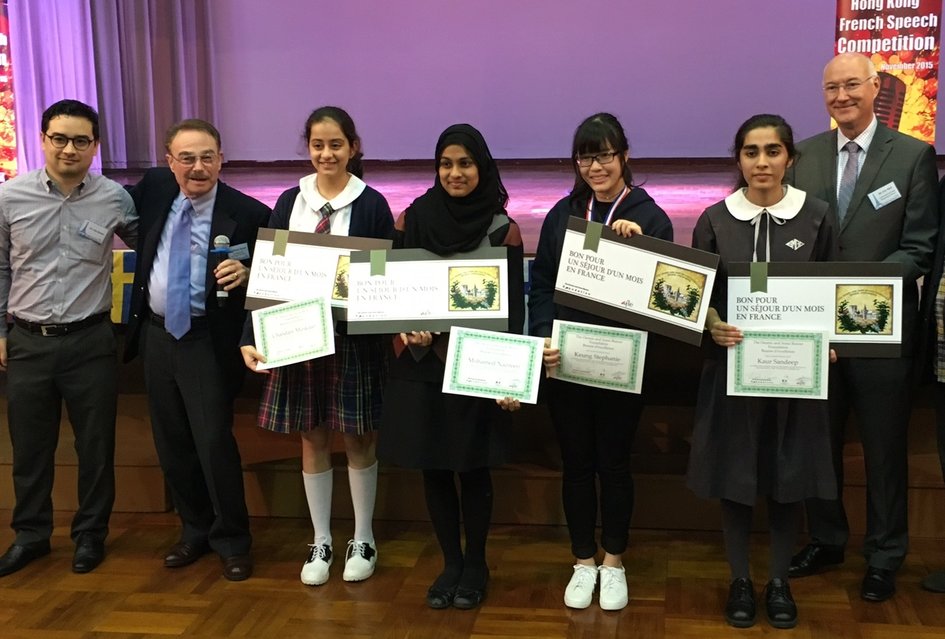 From left to right :