Since 2002, the International Conference on Scientific Computing and Partial Differential Equations (SCPDE) conference-series aims to promote research interests in scientific computation. This series of conferences are organized on a very regular schedule and is held every three years at Hong Kong Baptiste University (HKBU). The past conferences of the series were respectively held in 2002, 2005, 2008, 2011 and then 2014. 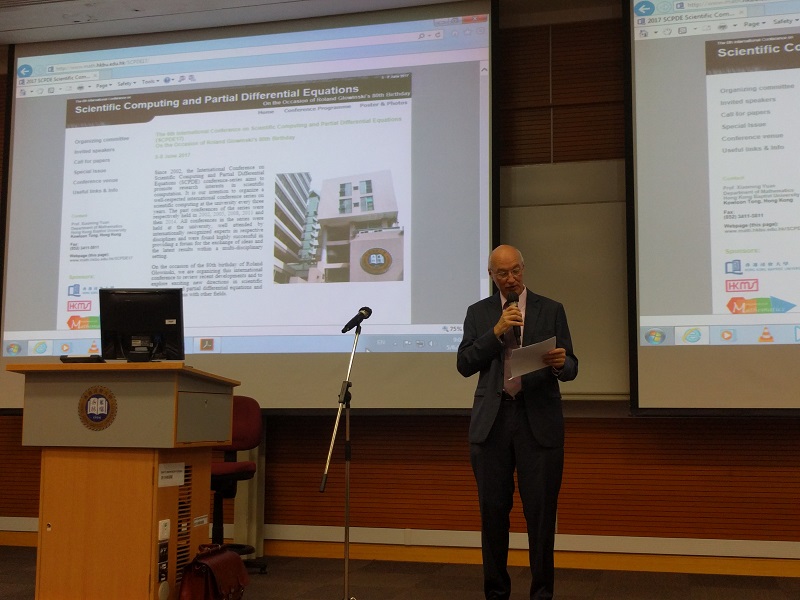 The Consul General underlined the strong links that have been set up between France and China, and more precisely since 1975 with the visit of Jacques Louis LIONS in China. This link has been strengthen with the visit of other renowed French mathematicians in different universities in Hong Kong ever since. 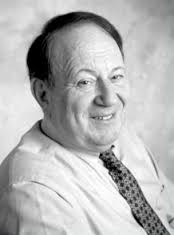 Roland Glowinski first visited China 35 years ago, as part of a French delegation of applied and computational mathematicians visiting and lecturing in various universities. He has been a regular visitor of HKUST from 2007 to 2015 and be a distinguished visiting professor of the UST Institute for Advanced Studies from 2008 to 2015. He is now a university distinguished visiting professor of mathematics at HKBU since 2015. "I have written about 10 articles with HK mathematicians, and I am co-supervising with HK colleagues local PhD students. Some of my most exciting work of these last 10 years has been done in collaboration with HK colleagues and their students and post docs." said Roland Glowinski. 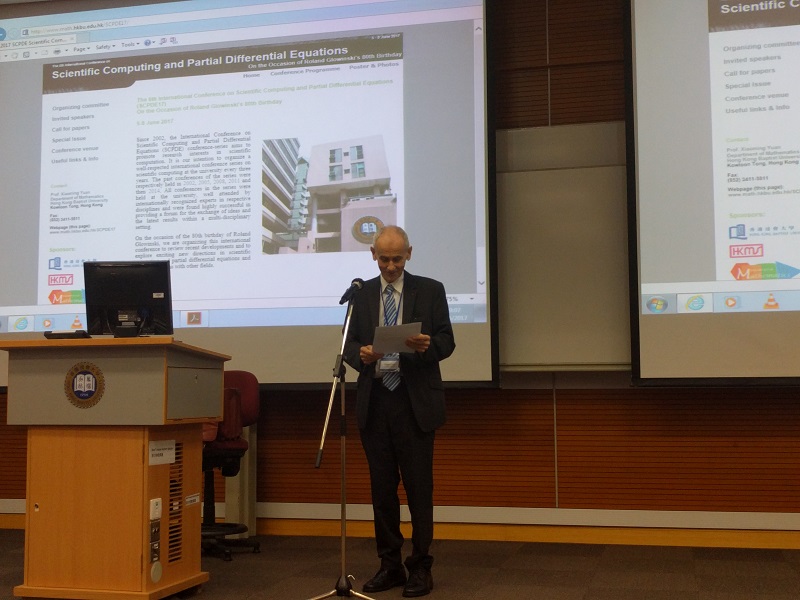