Home > Culture, Education and Science > News > Arts and Culture > The 1st edition of the Heritage Days in Hong Kong: Discover Our Interactive (...)

The 1st edition of the Heritage Days in Hong Kong: Discover Our Interactive Map! [fr]

The very 1st edition of the Heritage Days in Hong Kong was held from 18 to 20 September 2020 (Fri-Sun) ! Discover our proposed heritage locations in Happy Valley in our interactive map!

Traditionally celebrated in France and across Europe, Heritage Days take place every year on the third weekend of September to allow the public to discover exceptional public and private buildings that are usually not open to the general public. During this celebration of history of architecture and art, in France, famous sites such as the Elysée Palace, National Assembly along with castles, embassies, ministries, hospitals, universities, theatres, museums, will open its doors for general public. A series of special programmes such as exhibitions, concerts, conferences will be designed for this occasion. Official Website: https://www.europeanheritagedays.com/

Why Hong Kong should treasure its local heritage: a French point of view

For the very first time, France is bringing its Heritage Days to Hong Kong this weekend. While keeping in line with social distancing measures, we are inviting the public to discover a series of heritage sites through a self-guided tour in Happy Valley. This walk showcases a variety of locations with historic significance such as the F11 Foto Museum housed in an art-deco-style building from the 1930s, or the Tung Lin Kok Yuen Buddhist nunnery which offers a mix of traditional Chinese architecture and European influences.

Organised every year on the third weekend of September since 1984 and now widely celebrated in Europe, the Heritage Days are one of the most exciting events of our French cultural calendar: on these two days, prestigious venues (such as France’s presidential palace, National Assembly, ministries, embassies, universities, theatres, factories and private castles or villas) open their doors to the general public. Last year, more than 12 million people visited the 17,600 participating monuments.

Heritage is not mere entertainment, not only looking to the past. Heritage is about your own history: who are you and who you want to be. Knowing the past helps you understand the present and better shape the future. The Heritage Days encourage public participation as an act of democratic citizenship to develop a sense of responsibility for the past and to reinforce a common shared identity. It is all the more necessary as our societies, in the East as in the West, seem to be more divided than ever.

As a foreign diplomat, I consider it my duty to learn about the local heritage. How could I understand Hong Kong without spending hours at the Museum of History? Heritage is also a solid cement of friendship between people: I cried in sorrow the night the Notre-Dame cathedral burnt down, and I was moved to tears when Hongkongers contacted me to offer generous contributions to the renovation of this prominent symbol of Paris. Tomorrow, I will be able to tell my children in front of the rebuilt church: “You see, a couple of these Gothic stones are from Hong Kong!”

That is why we are so happy, hand in hand with the Hong Kong authorities and our local partners, to do our part in promoting the fascinating historical buildings of this unique city.

This year; we recommended you several check points around a cluster of European style residences and a Buddhist nunnery - The F11 Foto Museum, 15 & 17 Yuk Sau Street, V54, Tung Lin Kok Yuen, Monument “La Fronde”. A few other modern architectures such as the Marymount Secondary School or 118-120 Blue Pool Road are also presented by Docomomo Hong Kong.

Take a look at our leaflets: https://www.flipsnack.com/cgfhk/heritage-days-in-hong-kong-self-guided-tour.html

In line with the sanitary measures in place, people in Hong Kong could DIY (customize) their route with the interactive map: Heritage Days HK edition Map and enjoy a social distanced tour. They could also learn about the pre-war buildings of mixed architectural styles and the development of the neighborhood in Hong Kong. The whole journey could last for 2 hours.

An associated programme - the film screening of “A Night at the Louvre: Leonardo da Vinci” will be introduced to Hong Kong in October. The tickets will be on sale exclusively at Broadway Circuit. A Premiere screening was held on 18th September evening at MOViE MOViE Pacific Place. The film will take the audience into a private guided tour of the “Leonardo da Vinci” exhibition, designed and curated by the Louvre Museum. It is a unique opportunity for the audience to enter and visit the museum through the exhibition of Leonardo da Vinci and to contemplate the painter’s most beautiful works. 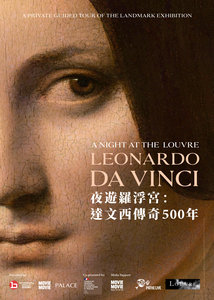 The Consulate General of France in Hong Kong and Macau introduced the Heritage Days in Hong Kong in order to highlight the shared heritage between our territories, promote cultural appreciation for architecture and raise awareness to conservation and revitalization of heritage buildings.

List of heritage buildings to include in the self-guided tour:

Yuk Sau Street was one of four streets laid out in the redevelopment of Happy Valley in the beginning of 20th century. Previously the land was occupied by a Chinese village named Wong Nai Chung Village which had been in existence since the Qianlong era ( 乾隆, 1736-1795) and was cleared for redevelopment in 1923.

Built in 1930s, the 11 Yuk Sau Street is a Grade 3 historic building. Currently F11 Foto Museum, it has strong Art Deco influence in the design of the front façade which is built in Neo-Classical style, richly decorated with geometric and stylized forms. F11 Foto Museum aims to promote photography through well-curated exhibitions of rare cameras, books and photos. (No.1 on map) 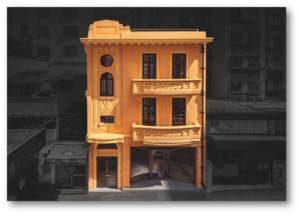 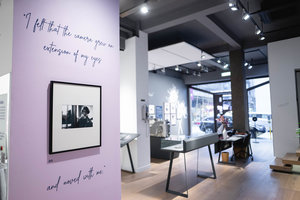 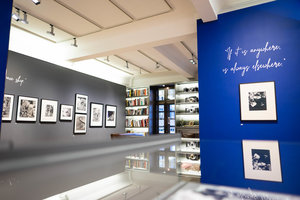 A Grade 2 historic building located at 15 Yuk Sau Street, built in circa 1931-1932, has adopted the Colonial Eclectic architectural style (features derived from several different architectural styles are incorporated into the overal design): A subtle blend of Italianate Renaissance and Edwardian styles. 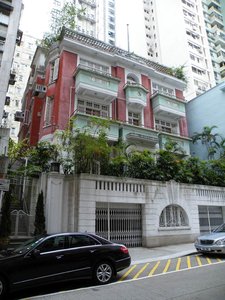 The 17 Yuk Sau Street was built in 1930s and rated as a Grade 2 historic building. The front façade shows the adoption of Georgian architectural characters, which has simple and regular design with the rhythmic windows and doors fenestration. 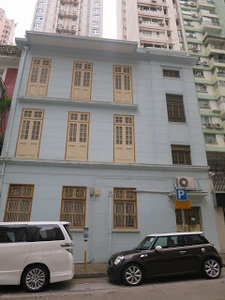 V54 is a three-story French architectural style house in Happy Valley that is listed as Grade III Historic Building, with various Art Deco features. Currently known as V54, it provides community services related to arts and cultural development. Operated by Po Leung Kuk, one of the leading charity organisations in Hong Kong, V54 provides residencies to young local and international artists, thus promoting arts and culture to the local youth and general public 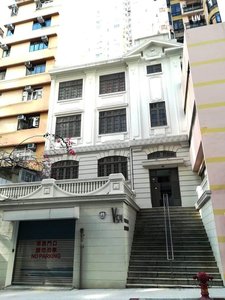 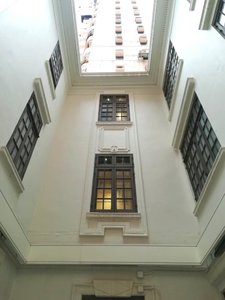 Founded in 1935 by Lady Clara Cheung Lin-kok, the wife of Sir Robert Ho Tung, this declared historic monument is located at No.15 Shan Kwong Road in Happy Valley. It marked the emergence of an urban monastery model in Hong Kong, as contrasted to the traditional monastery setting in the mountains.

The arrowhead-shaped building plan resembles a “giant ship” symbolising one of Mahayana Buddhism’s concepts of ferrying all beings to the “other shore”, or in other words enlightenment itself. Lots of details that embody the Buddhist doctrine. It followed the traditional Chinese layout for a Buddhist monastery. It has a mix of traditional Chinese designs and European influences such as flying eaves, glazed tile roofs and stained glass windows. 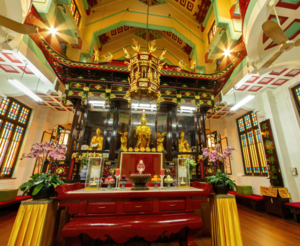 Situated in the Hong Kong Cemetery, this is an obelisk commemorating the sailors who were killed on the French torpedo destroyer Fronde during the great typhoon of 1906. 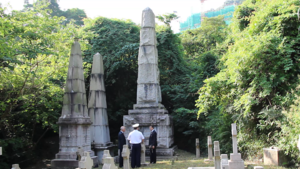