French street artist Tim Marsh will be showcasing his first exhibition in Hong Kong and in Asia from 28 October to 3 November 2018 at The Stallery. 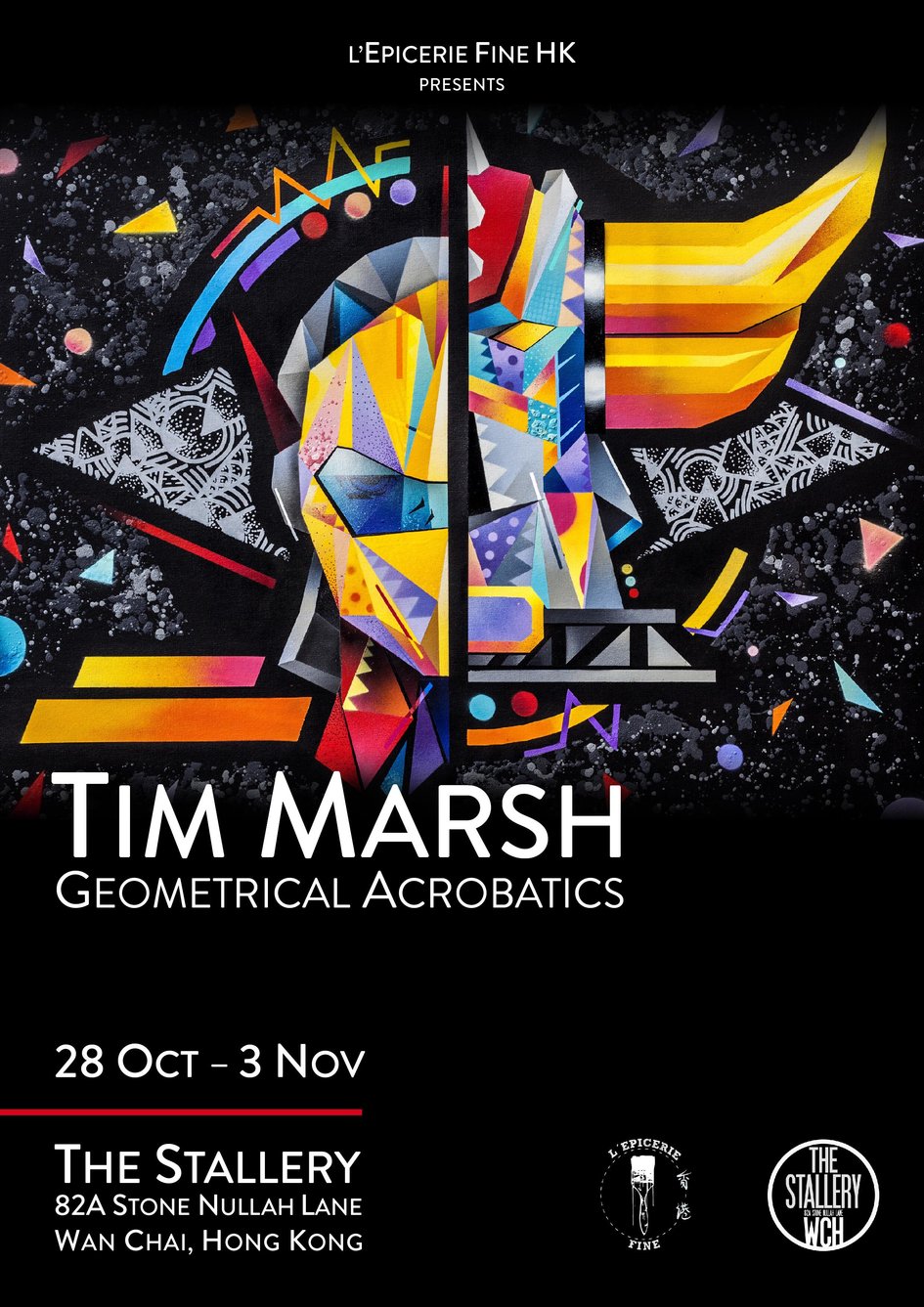 Geometrical Acrobatics is a solo exhibition where Tim has fully worked from Barcelona where he lives and have his studio. For this first time in Hong Kong, Tim has worked on different art directions. He first worked on his abstract art. He also worked on his figurative art. Most of his inspiration for it came from the mass culture, cartoons and shows he used to watch has a child. 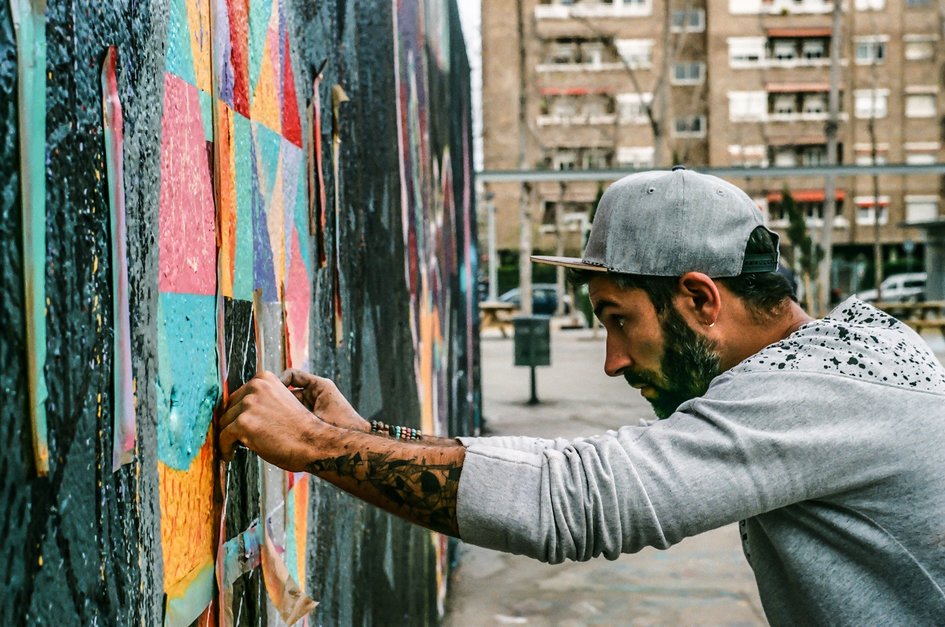 More information about the artist

Tim Marsh was born in Paris in 1984. He became passionate about extreme sports and this was to have a bearing on his later works such as show in Geometrical Acrobatics.

He developed a very personal architectural style, composing his works on complex and dynamic geometric forms, patterns and lines which embed movement within the depths of his two-dimensional works. His creations provoke a theatrical mood taking in a palette of retro-style colours which he applies with spray paint and Poscas. His compositions are characterized by the mixture and variety of techniques, developing the work using specific materials and medium such as tape, stencils and paint jars. Geometrical Acrobatics will present 10 artworks and 3 different prints (all limited editions) and release in exclusivity a new print. During the week, Tim Marsh will also be painting several walls around Hong Kong.