Home > The Consulate General > News > Honorary distinction > Stephen Davies, the first person in Hong Kong conferred with the honor of (...)

Stephen Davies, the first person in Hong Kong conferred with the honor of knight of the « Mérite Maritime »

On Friday the 8th of January, Mr. Marc Fonbaustier, Consul general of France, conferred to Mr. Stephen Davies the honor of knight of the « Mérite Maritime », director of the "Hong Kong Maritime Museum.

This honorary distinction rewards a life filled with passion for the sea. After several years as officer in Her Majesty’s senior service and in the Royal Marines, Stephen Davies then taught history and political science at the “Hong Kong University”, while being TV speaker at RTHK. Stephen Davies then became a freelance writer. He wrote more than 1,600 articles and several dozen of books, most of them dedicated to on historical and maritime topics, mainly focused on East and South East Asia, history of Hong Kong, political theory, archeology, naval architecture, etc.

But Stephen did not limit his research to libraries. In the process of gathering material for his yachting books and articles, Stephen sailed an 11.5m sloop more than 50,000 miles and used his experience to write maritime guide on Red Sea and Southeast Asia, which are renowned in the yatching world.

In 2005, Stephen Davies the first director of the Hong Kong Maritime Museum located in Stanley. This museum, which dedicated, in 2008, an exhibition dedicated to the maritime history of France in Hong Kong, will be relocated in 2012 from Stanley to Pier 8, in the heart of Victoria Harbour. 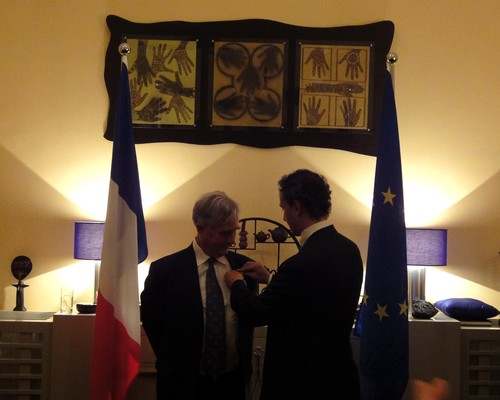 Mr. Marc Fonbaustier, Consul general of France (on the right), conferred to Mr. Stephen Davies the honor of knight of the « Mérite Maritime » 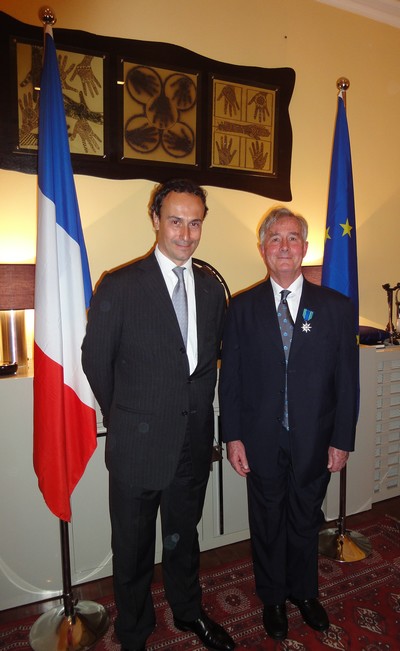 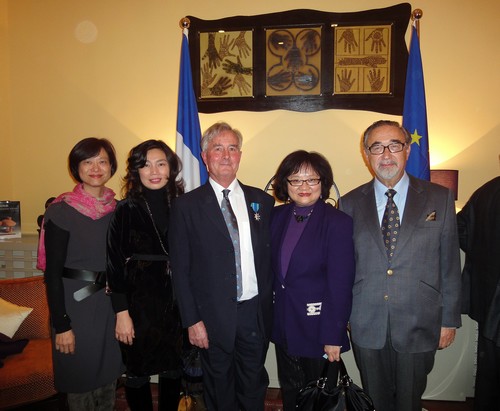 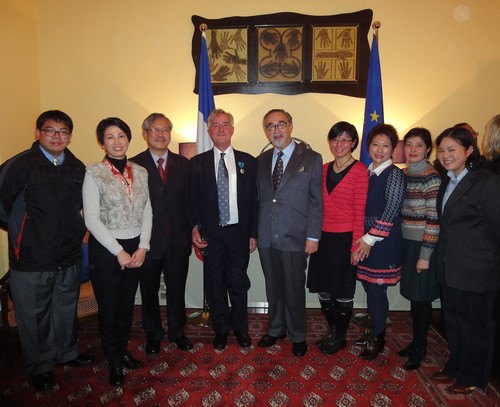 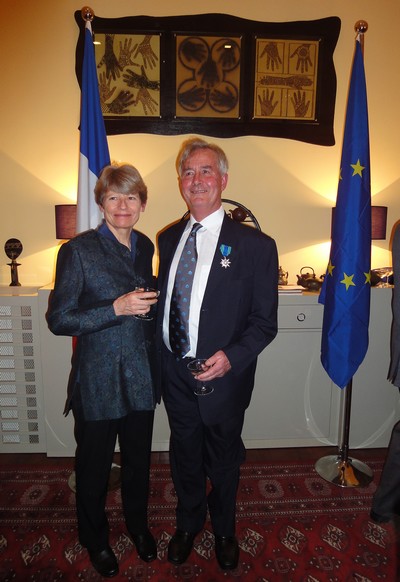