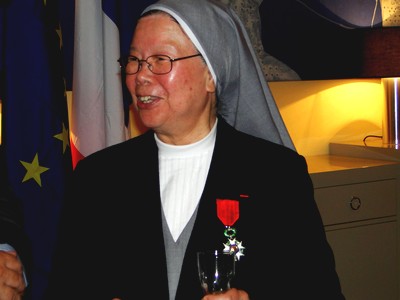 Sister Marie Jacqueline Ho is the Provincial Superior of the Sisters of St. Paul De Chartres - one of the oldest remarkable French institutions in Asia. It has played an important role with the service to poor, orphans and patients, while promoting a beautiful image of France and French language.

Sister Marie Jacqueline Ho reflects the qualities of not only devotion, humility but also tenacity, the willingness to learn from the Sisters of Saint Paul. All her efforts demonstrate her willingness to know, to teach and to serve. She is a role model of dynamism and enthusiasm, which inspires about fifty Sisters of Hong Kong who continue this tradition born exactly 160 years ago.

Through the Knighthood of La Légion d’Honneur to Sister Ho, France salutes its exceptional course, the effort which illustrates values of devotion, humility, and attention to the most needed people, but also one of the oldest examples of French presence in Hong Kong through the French roots of congregation and of its French-speaking anchor. 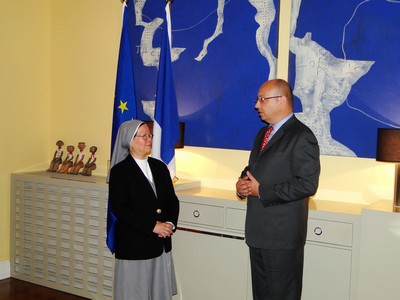 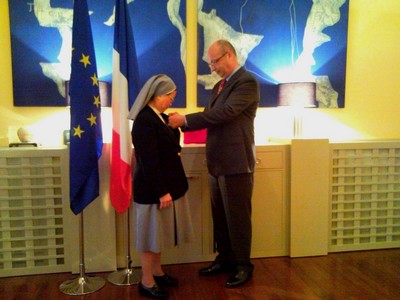 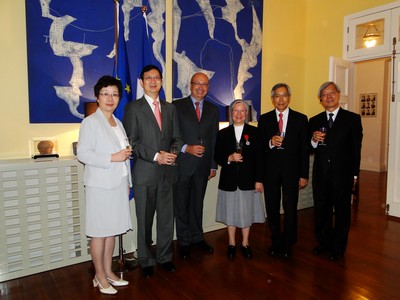