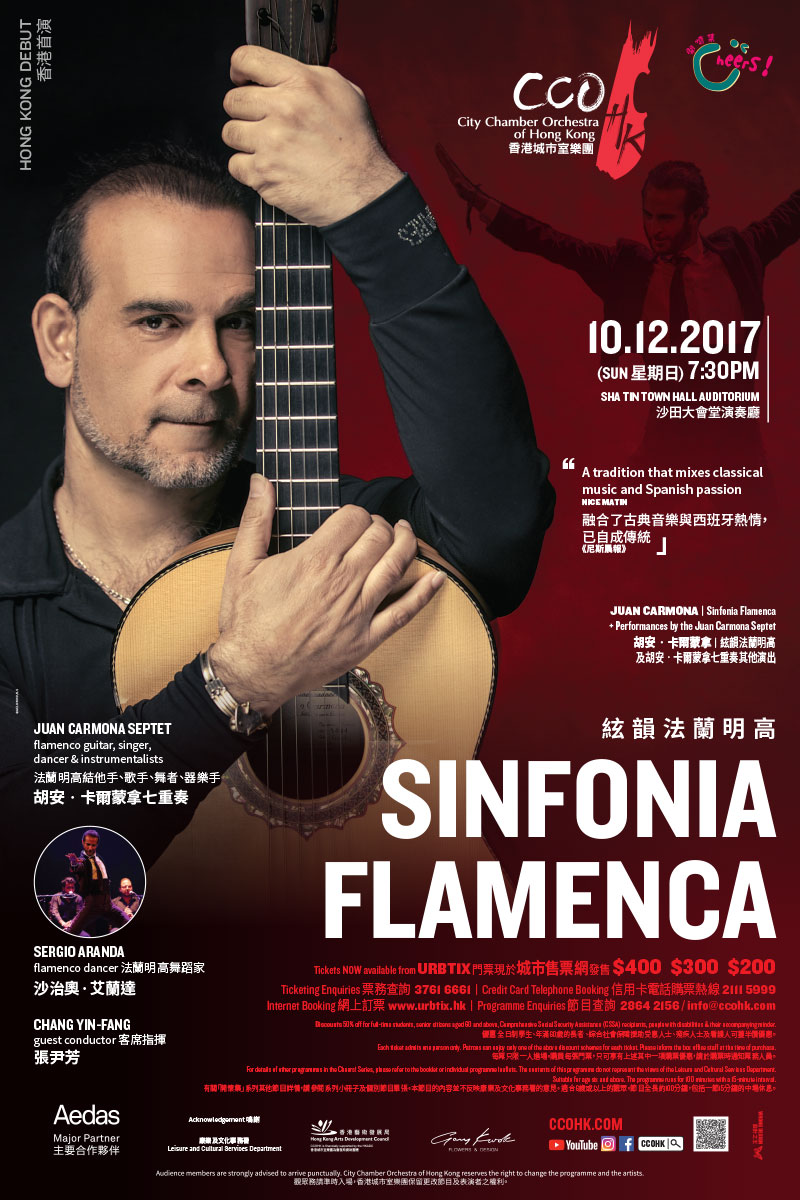 One of the most esteemed figures in the world of Flamenco and a four-time Latin Grammy Nominee, Juan Carmona is the creator of Sinfonia Flamenca, a ground-breaking work that mixes the exotic world of Andalusia with the classics. Come experience the passionate cross-section of Flamenco guitar, voice, dance and orchestra like you never heard it before!

Juan Carmona is one of the leading figures in the world of flamenco as both a composer and virtuoso flamenco guitarist. He has performed on tour around the world in Europe, Canada, China and the USA. His four CD albums entitled Orillas, Sinfonía Flamenca, El Sentido del Aire and Alchemya were nominated “Best flamenco album of the year” in 2003, 2006, 2010 and 2014 at the Latin Grammy Awards. His eleventh album entitled Perla de Oriente was recorded live in the studio during his recent Asia tour.