Home > Culture, Education and Science > News > Research and Higher Education > Signing ceremony of a Memorandum of Understanding between Hong Kong (...)

The signing ceremony of a Memorandum of Understanding between Hong Kong International Aviation Academy and ENAC was held in the presence of Mr CY Leung, Chief Executive of Hong Kong, Mr Eric Berti, Consul general and Mr Marc Houalla, President of ENAC, on Friday 16th of December in Hong Kong. 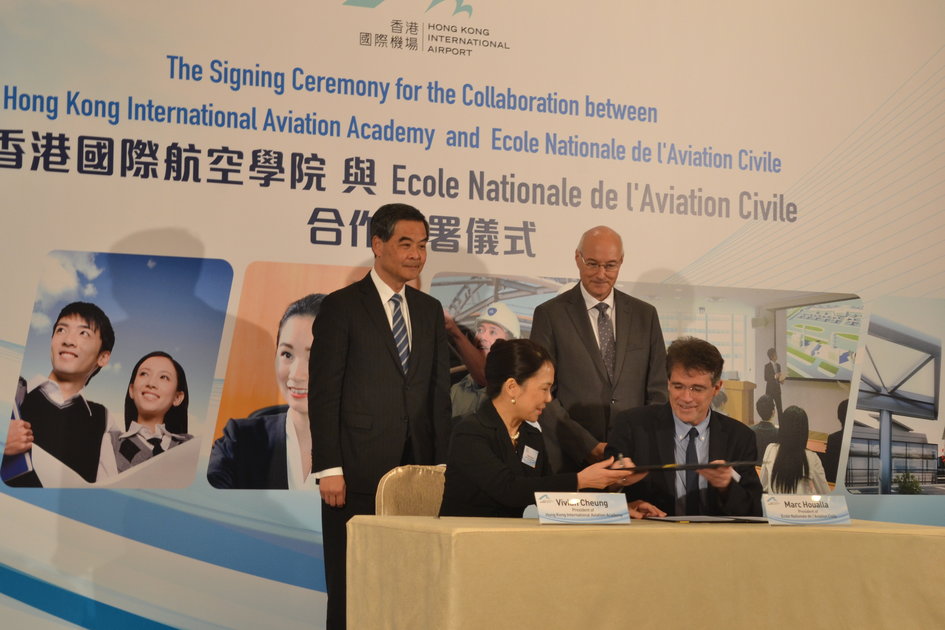 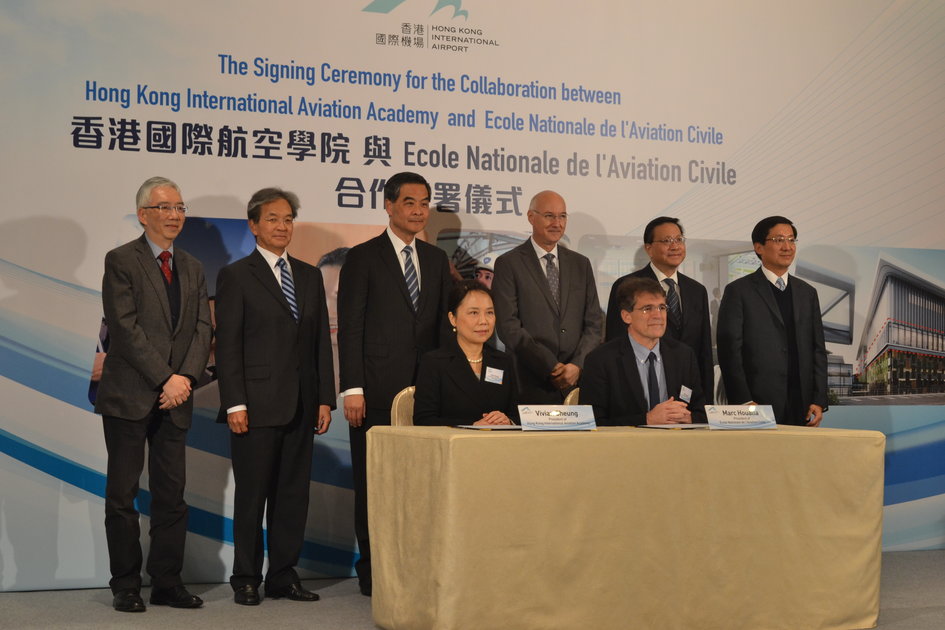 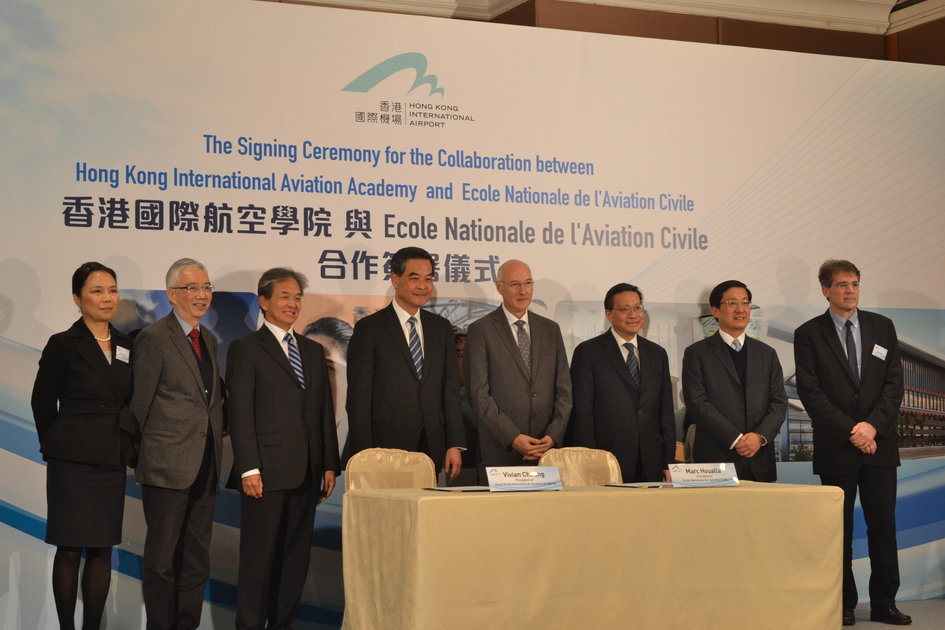 Among others, the AA and ENAC will jointly develop a master’s degree programme at the Academy leading to the award of a master degree in air transport management by ENAC.

Mr Eric Berti, Consul General of France in Hong Kong & Macau, said during the ceremony that the collaboration between the Academy and ENAC symbolises stronger friendship between France and Hong Kong, who have always been close aviation partners.

The Chief Executive has first announced his support to study the feasibility of establishing the Academy in his 2014 Policy Address. The Academy, set up and managed by the AA, aims to attract and nurture talent for the continuous development of the aviation industry, and to establish Hong Kong as a regional civil aviation training hub. Located in Toulouse, ENAC is the largest aeronautics and civil aviation college in Europe and is the only university in France dedicated to aviation studies.

A Memorandum of Understanding (MOU) was signed on Friday 16th of December by Vivian Cheung, President of the Academy; and Marc Houalla, President of ENAC, under the witness of C Y Leung, Chief Executive of Hong Kong Special Administrative Region; and Eric Berti, Consul General of France in Hong Kong & Macau. The signing ceremony was also attended by Professor Anthony Cheung Bing-leung, Secretary for Transport and Housing; Jack So Chak-kwong, Chairman of the AA; and Fred Lam, Chief Executive Officer of the AA. The AA and ENAC agree in the MOU to jointly develop programmes targeting practitioners from the local aviation industry and from around the region, including the “Belt and Road” countries and regions.

Mr So said, “The AA and ENAC will be offering a number of joint programmes, enhancing Hong Kong’s reputation as a regional civil aviation training hub, and further strengthening the city’s status as an international aviation centre. We look forward to working with ENAC and all our industry and academic partners to create the best training facility for Hong Kong’s aviation industry in the future.”

ENAC is internationally recognized as the leading aeronautics and aviation university in Europe, providing a broad range of training, studies and research activities. Campus ENAC

The institution provides a comprehensive range of 28 higher education programs ranging from Bachelor to Master of Science, Aviation Advanced Master, Master of Business and Administration as well as Ph.D.s in the domains of aeronautics and aviation.