Home > Culture, Education and Science > News > Research and Higher Education > Signature of the partnership agreement between the Consulate General and (...)

The Hong Kong Postgraduate Student Union, an association for postgraduates in Hong Kong, was officially launched on 20 September 2015 at the Hong Kong Science Park. The solemn opening ceremony took place under the witness of more than 200 local and international students, the representatives of 6 local university-members of this newly established union, including Pr. Joseph SY Sung, the president of the Chinese University of Hong Kong, and the Consul General of France in Hong Kong and Macau, Mr Eric Berti. 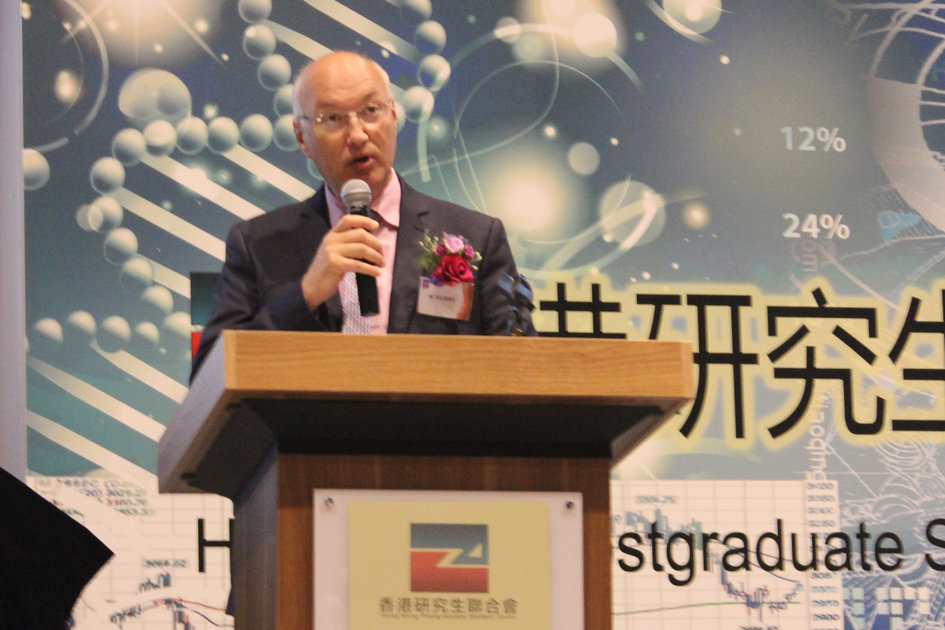 Following the warm welcoming speech delivered by Pr. Sung, Mr. Berti addressed his congratulation and encouragement to the students. It was also an occasion for him to highlight the importance of the Franco-Hong Kong university cooperation: more than 100 bilateral partnerships between universities in France and Hong Kong and more than 600 students every year leave for France for their study while more than 300 French students are received by the prestigious universities in Hong Kong. 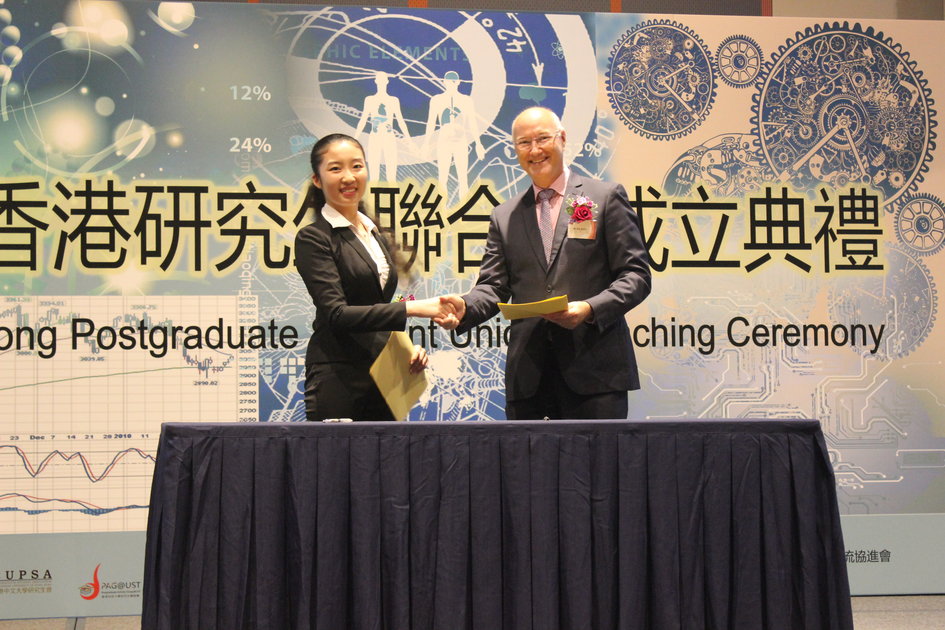 After giving his congratulatory speech, Mr. Berti and Ms Jenny Li, the president of the HKPSU who pursued her Master at the Ecole Centrale de Paris, signed an agreement between the Consulate and the HKPSU regarding the French alumni platform in Hong Kong. This social network will be inaugurated on the coming 19 November during the official launching ceremony of the “France Alumni” platform in Hong Kong, aiming to highlight the connection between France and its alumni. Both aiming at reuniting their targeted students, the objective of the 2 partners meets; numerous co-joint activities will be organised to bring life to this promising cooperation.

About the « France Alumni » platform Initiated by The French Ministry of Foreign affairs, the francealumni.fr platform was inaugurated on November 2014 and the local site dedicated specifically to Hong Kong will be launched on 19 November 2015. This platform aims to federate all the international students having studied in France and to maintain their connection with France. The partners of this platform, composed of the French institutions and companies as well as student associations, will provide various services such as sharing information, organizing cultural events, offering job or internship opportunities
About the « Hong Kong Postgraduate Student Union » 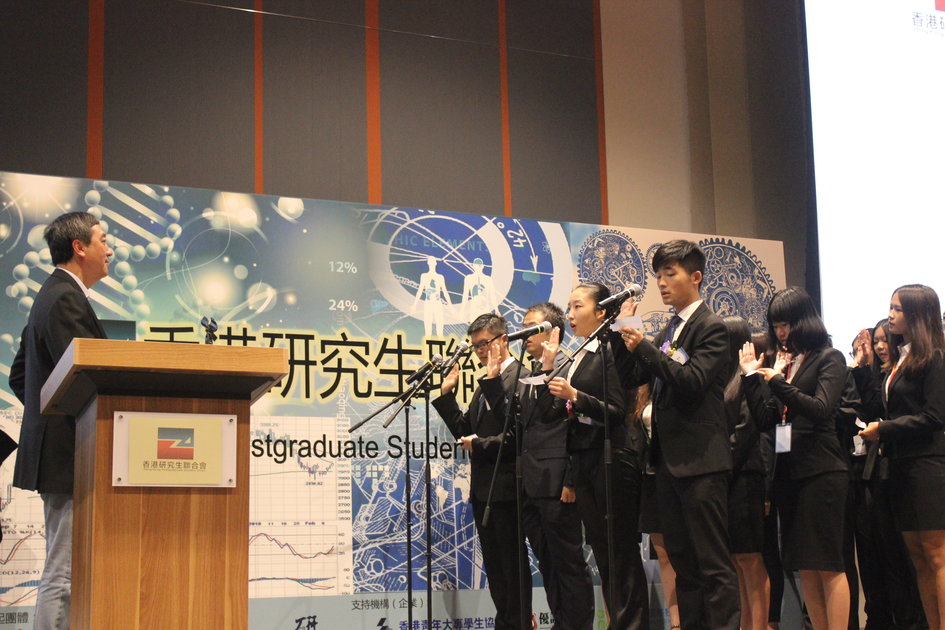 The Hong Kong Postgraduate Student Union is an NGO serving all the Hong Kong postgraduate students in all aspects including science research, daily life and career building and aim to create a better academic atmosphere..