Home > Culture, Education and Science > Education, French and Literature > Signature of a collaboration agreement between the International Culinary (...)

On Wednesday 26th April 2017, the signing ceremony of a bilateral agreement between the International Culinary Institute (ICI) of the Vocational Training Council, VTC in Hong Kong and Centre Européen de Formation et de Promotion Professionnelle par Alternance pour l’Industrie Hôtelière (CEFPPA) took place at VTC Pokfulam Complex in Hong Kong. This agreement, which aims to broaden the international perspective of students, is one of the common objectives of these two institutions are intended to reach. 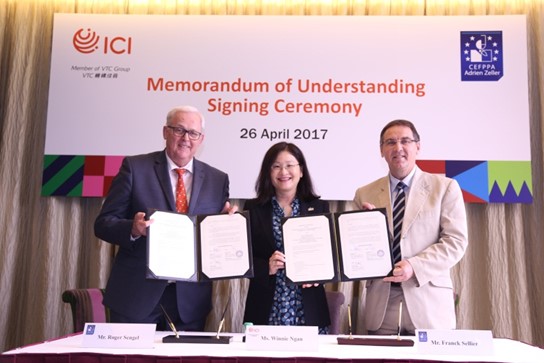 Since 2016, students and staff from the International Culinary Institute (ICI) have benefited from the exchanges with CEFPPA, which has given them many exceptional opportunities to share culinary and cultural experiences. These exchanges between institutions in Hong Kong and France have enriched and promoted meaningful academic exchanges in the hospitality industry. 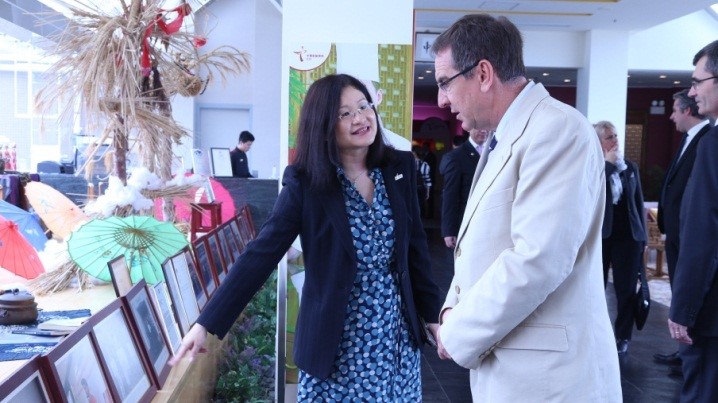 (Ms Ngan introduced the Chinese Culinary Institute, a sister institution of ICI, to the CEFPPA representative )

Under this partnership, students from ICI will go to Strasbourg to attend a professional course in the learning center, followed by a visit to Burgundy and the south of the Rhone valley. In the future, two professional programs will be organized between the ICI and two renowned institutes in France.