Home > Culture, Education and Science > Education, French and Literature > Seminar on “Promoting pluralingualism on campus: How can universities (...)

Organized by the Department of Linguistics and Modern Language Studies of HKIEd and supported by the Culture, Education & Science Department of the Consulate General of France in Hong Kong and Macau, HKIEd will be holding a seminar on the theme “Promoting pluralingualism on campus: How can universities facilitate students’ learning of foreign languages” on 1st March at 12.30 at D3-LP-15 at HKIEd. 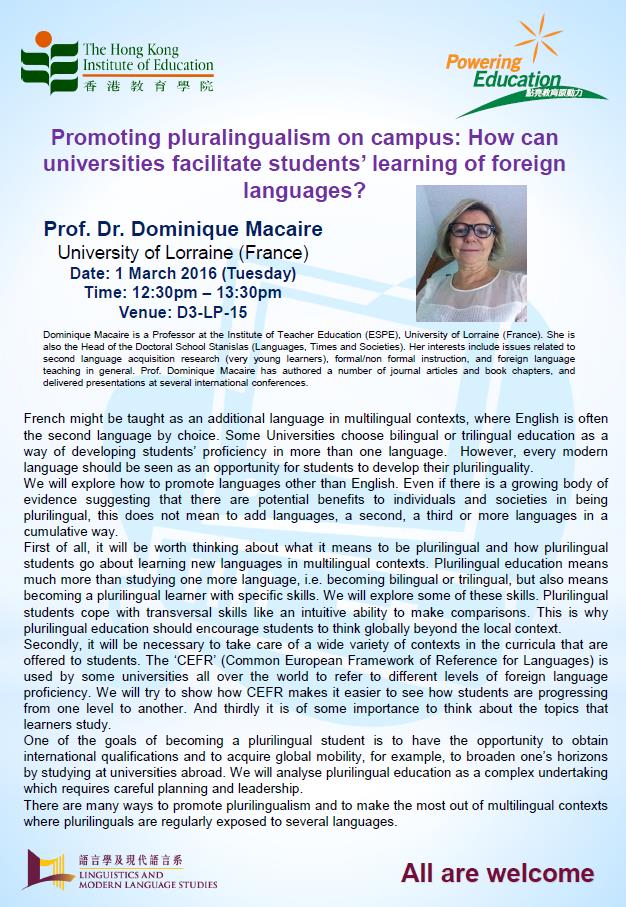 French might be taught as an additional language in multilingual contexts, where English is often the second language by choice. Some Universities choose bilingual or trilingual education as a way of developing students’ proficiency in more than one language. However, every modern language should be seen as an opportunity for students to develop their plurilinguality. We will explore how to promote languages other than English. Even if there is a growing body of evidence suggesting that there are potential benefits to individuals and societies in being plurilingual, this does not mean to add languages, a second, a third or more languages in a cumulative way

For more information about this seminar : lml.web.ied.edu.hk/en/index.php 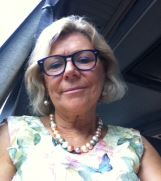 Dominique Macaire is a Professor at the Institute of Teacher Education (ESPE), University of Lorraine (France). She is also the Head of the Doctoral School Stanislas (Languages, Times and Societies). Her interests include issues relating to second language acquisition research (very young learners), formal/non formal instruction, and foreign language teaching in general. Prof. Dominique Macaire has authored a number of journal articles and book chapters, and delivered presentations at several international conferences.