The “Speak Dating” event is a project of the European Union National Institutes for Culture in Hong Kong (Alliance Française, British Council, Goethe-Institut Hongkong and Italian Cultural Institute of Hong Kong) in collaboration with numerous European Consulates General in Hong Kong and supported by the European Union Office to Hong Kong and Macao. It is a special event to celebrate the European Day of languages. The day is a reminder of the many benefits of language learning, and how it can break down cultural barriers and open the door to new friendships and professional opportunities.

Participants had the opportunity to learn two or three phrases for 5 minutes and get a stamp in their “European language passport” before moving on to the next language booth. Many won small prizes after successfully finishing their language session. In the process, they also gathered information about the cultural and linguistic diversity of Europe and where to study the European language they like. 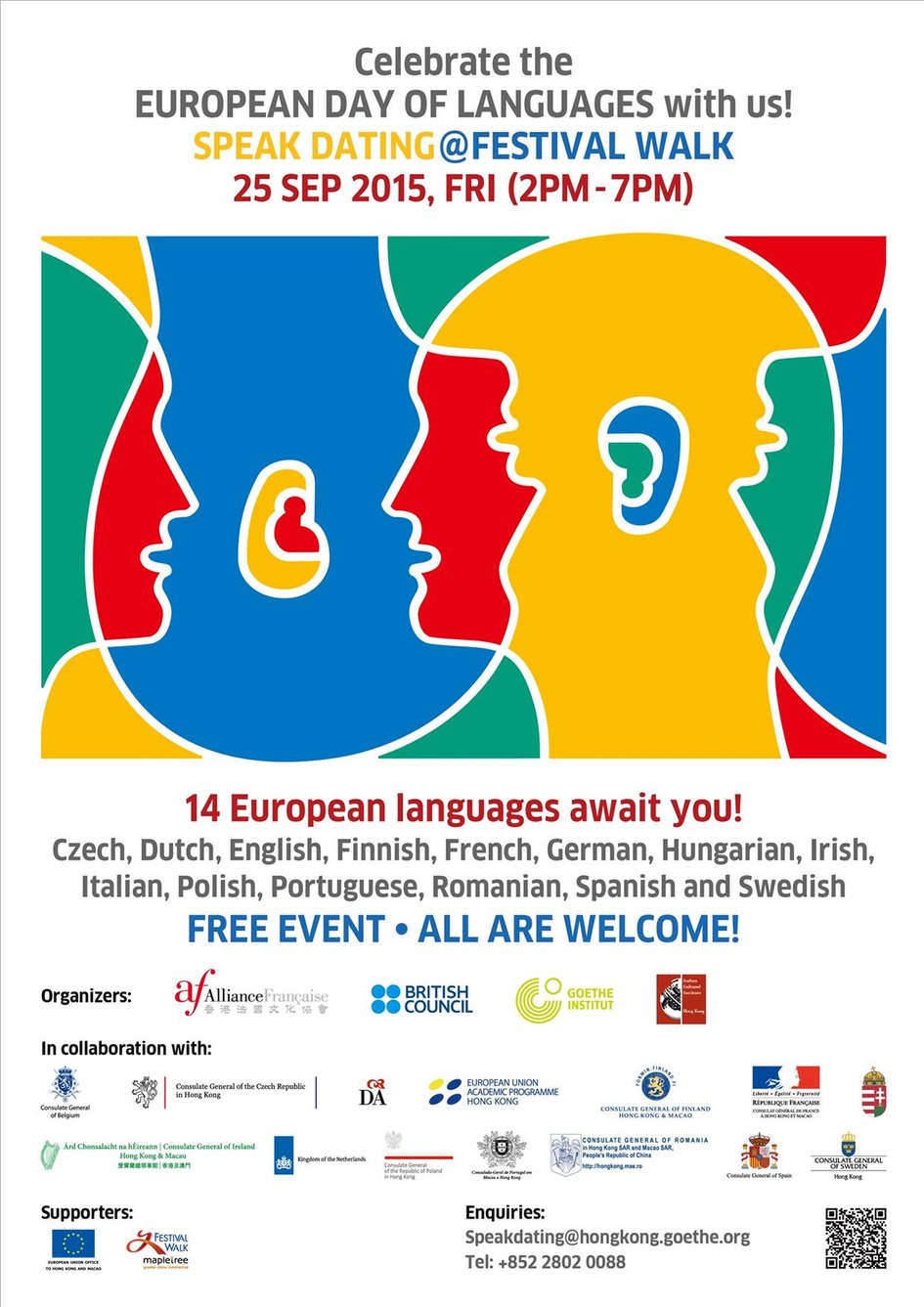