Home > The Consulate General > News > Consulate news > Remembrance ceremony for the 70th anniversary of the battle of (...)

Remembrance ceremony for the 70th anniversary of the battle of HK

The Consulate General of France in Hong Kong and Macau and the association "Souvenir français de Chine" co-organized a remembrance ceremony on 7 December 2011, for the 70th anniversary of the battle of Hong Kong. 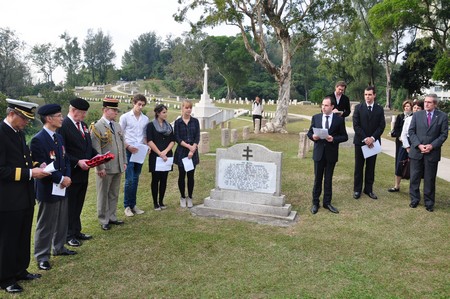 The French Resistance fighters died when they were trying to protect the city in December 1941, exactly 70 years ago, during the battle of Hong Kong. A public remembrance ceremony was held at the Stanley military cemetery. The Consul general of France in Hong Kong and Macau Mr. Arnaud Barthélémy and a representative of the "Souvenir français de Chine" paid tribute to the dedication those young French soldiers showed. 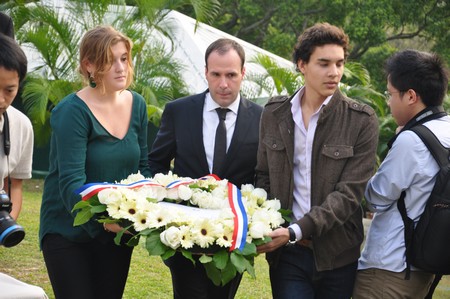 Ms. Monique Westmore, the daughter of one of the French fighters Mr. Armand Delcourt, whose name is marked on the tomb with the other five French fighters, was also present. During the ceremony, Ms. Westmore read out a moving letter written by her father’s friend, describing the tragic death of her father. 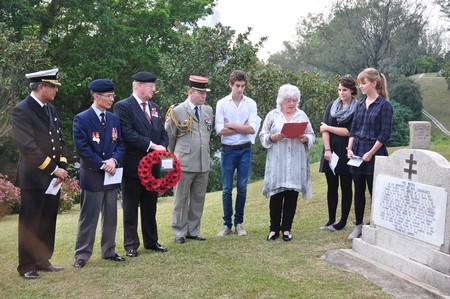 Mr. René Aicardi (Conseiller des Français de l’étranger), the defense attache of the French Embassy in Beijing, representatives of the ex-servicemen association, the Director of the China Commonwealth War Graves Commission and pupils from the French International school were also present at the ceremony. 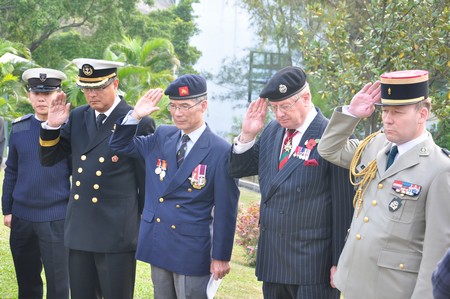 The Consulate general of France in Hong Kong and Macau and the association "Souvenir français de Chine" which always devotes itself to the research of the French history, will continue to keep the memory of these French fighters alive.

To read the speech of the Consul general (in French), click here.

To know more about the history and the cemetery (in French): http://francehongkong.blogspot.com/2008/12/la-stle-des-franais-libres.html