Organised by The Hong Kong Ex-Servicemen’s Association, a ceremony took place on Sunday 13 November in presence of Mr Eric Berti, Consul general of France in Hong Kong and Macau, at the Cenotaph in Central so as to commemorate the end of the First World War. 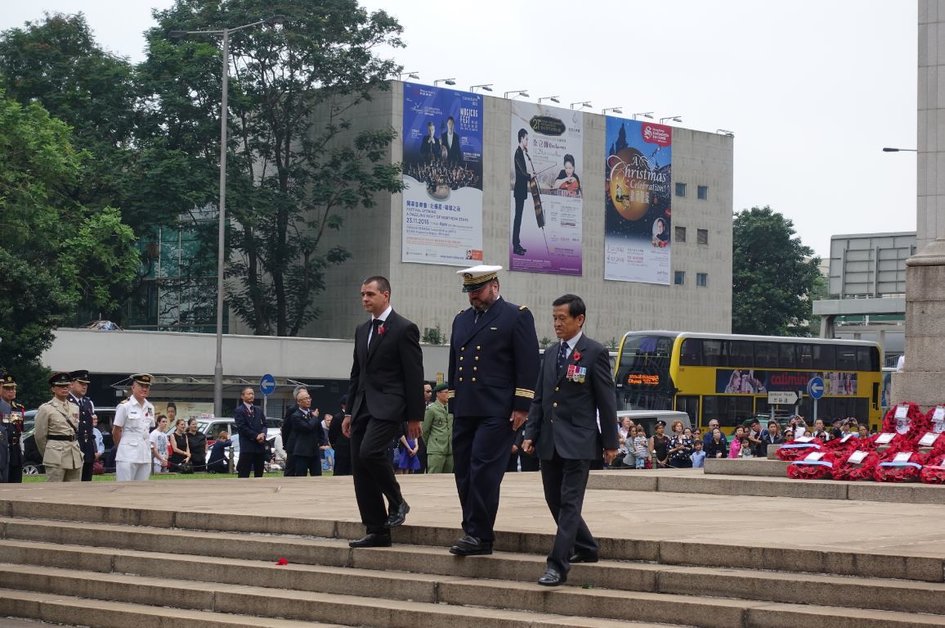 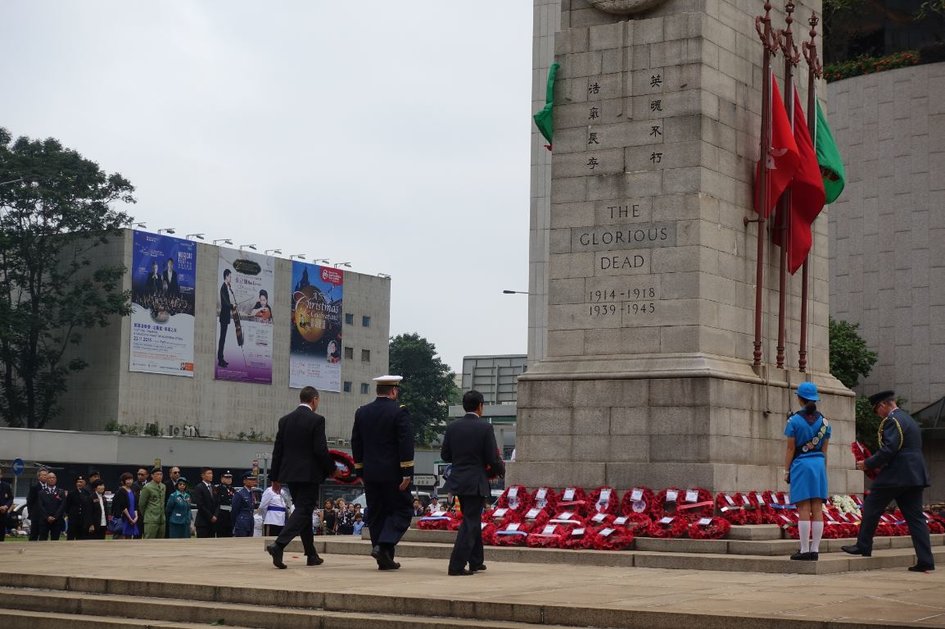 Mr Eric Berti represented France during the ceremony to pay tribute to the victims of the two world wars. Mr François Drémeaux, President of’Association du Souvenir français de Chine, Hong Kong section, and Mr Xavier Pech , Secretary of the association and Reserviste of Corvette Captain, laid a wreath on behalf of the association for paying tribute to the civilians and soldiers who sacrificed their life during the two World Wars. Four student representatives from the French International School also attended the ceremony. 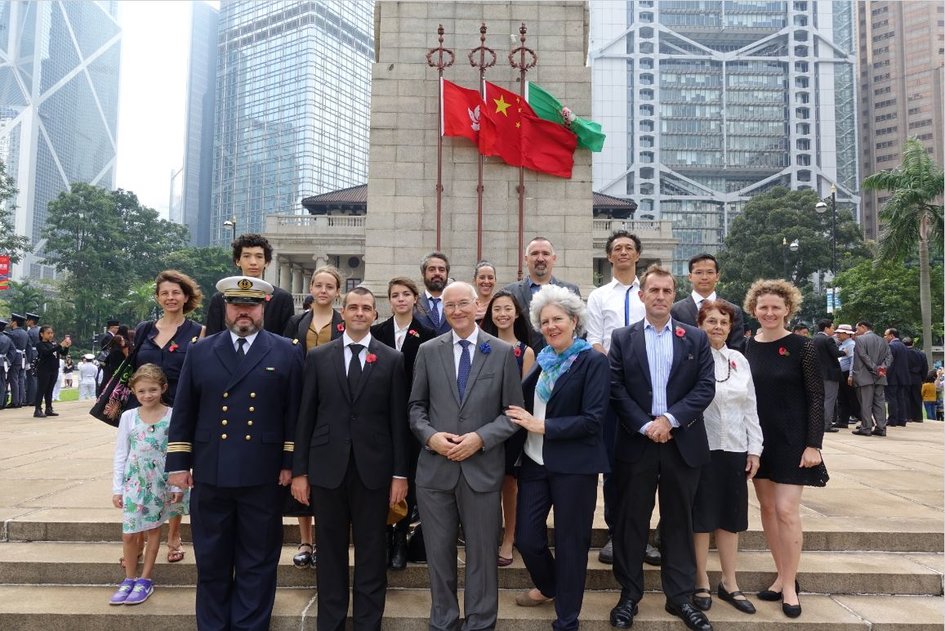 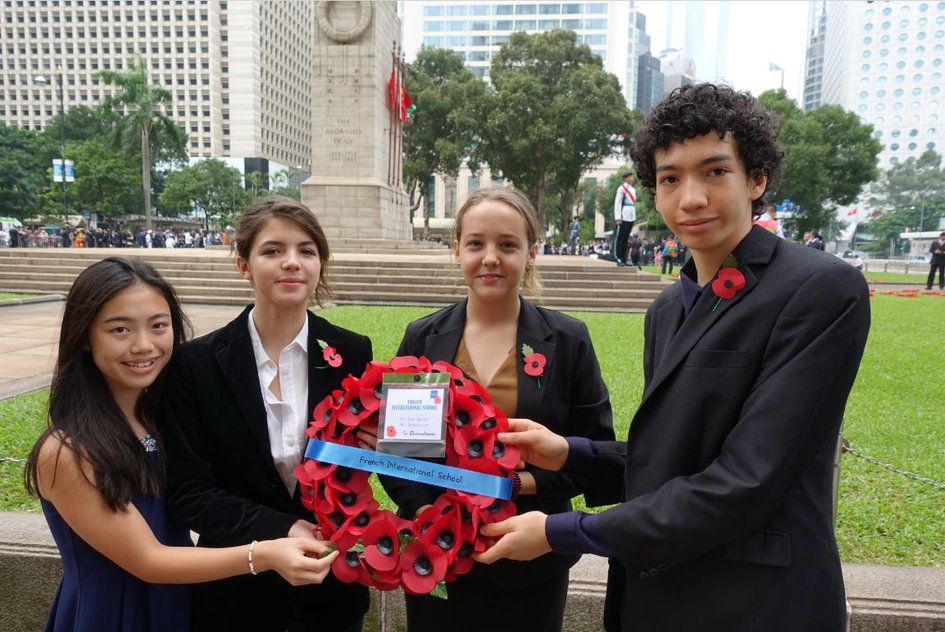