Mr. Raymond Yao, Executive support manager China of Air France KLM Cargo and Martinair Cargo, has been bestowed upon Knight of "l’Ordre National du Mérite" by Mr Arnaud Barthélémy, Consul general of France in Hong Kong and Macau, on 21st February 2012 at the French residence with more than 60 guests. The Consul general congratulated Mr. Yao for his constant contribution to the community and for his commitment to bring France and Hong Kong closer together. 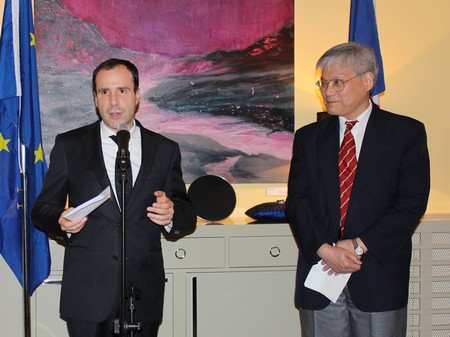 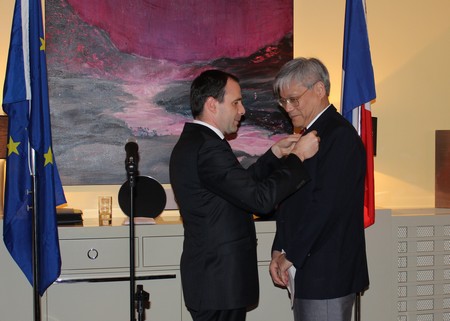 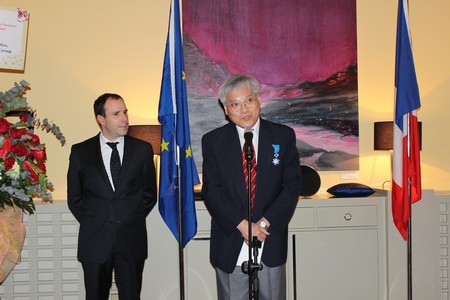 Raymond Yao joined Air France in 1978. Starting as supervisor for Air France passengers at the Hong Kong airport, he then assumed many different and diverse responsibilities. He quickly carried out managerial functions in the sales and passengers department. He then successfully moved up through the hierarchy, from Air France regional director for Hong Kong, Macao and South China in 1997 to Head of Air France-China Southern subsidiary in the field of freight in 2009. He is currently Executive support manager China for Air France KLM cargo and Martinair Cargo and General manager for Servair in Macao.

During his speech, the Consul general thanked Mr Yao for both his "professional and personal involvement in bringing France and Hong Kong closer together." Indeed, Mr Yao has played an essential role in the field of air transportation. Reinforcing the eminent position acquired by Air France in Hong Kong, he also widely contributed to develop it in mainland China. He has succeded in Guangzhou, establishing the first route between Guangzhou and a European city. "Equally importantly, the signature of the agreement between Air France and China Southern owes a lot to your relentless efforts", mentionned the Consul General.

To read the speech of the Consul general (in English), press here 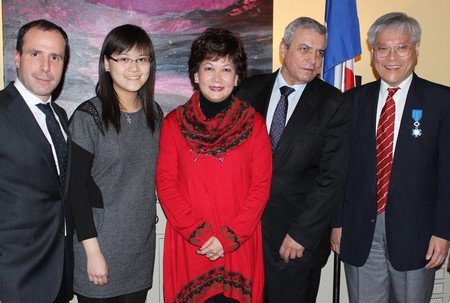 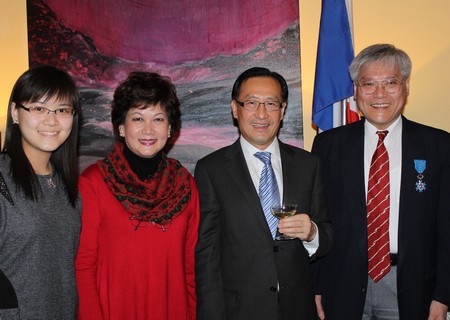