Ranking 2016 of schools of Engineering [fr] 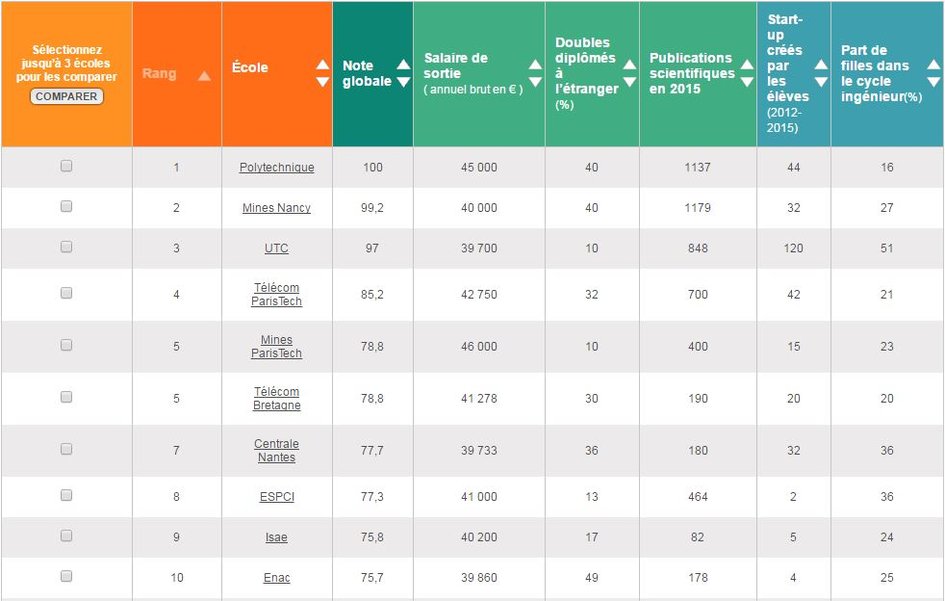 Polytechnique remains the best French school of Engineering, followed by Mines Nancy. Université de Technologie de Compiègne (UTC) is ranked brilliantly the third. Some of the position change comparing to the ones in 2015, but the most prestigious ones (Télécom ParisTech, Mines ParisTech, ESPCI, Arts et Métiers, Ecole des Ponts, Centrale Lyon…) are still among the top 20. To be noted also that, regarding its ranking in 2015, École nationale de l’aviation civile (ENAC) has climbed up 10 positions to the 10th this year.

Usine Nouvelle made its choice to rank the schools from the point of view of students and recruiters, who determinate their choice in function of the diplomas delivered by each school. This explains why they ranked the schools but not the grouping of the schools, which sometimes resemble establishment of different specialties and of various levels. It is why certain renowned schools are not in the ranking: INSA group and CentraleSupélec, of which Centrale Paris was ranked the 7th in 2015 before its merging with Supelec.