In what disciplines the French schools and universities shine? 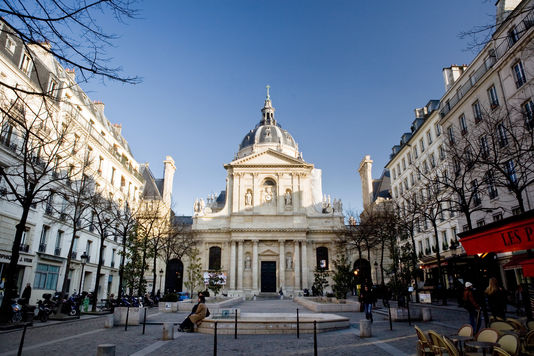 It is often difficult to shine in the QS World University among the 42 podiums (for 42 disciplines) cornered by the British and Americans. But the French schools and universities are still cited thirty times in the 2016 edition of this ranking, and are present in the top 50 in nearly 20 disciplines. Universities of Paris I Panthéon-Sorbonne and Paris-Sorbonne (ex-Paris IV) are univerities that appear the most often in the top 50 (five times each). Note also the performance of the Institut européen d’administration des affaires (INSEAD) who wins once again the world bronze medal in business and management.

Humanities and Social Sciences: Science Po, Paris I and Paris-Sorbonne

In Philosophy, three French schools and universities appear in the top 50: the université Paris-I Panthéon-Sorbonne (23rd place) gets ahead of the Ecole Normale Supérieure (ENS) (24th) and Paris-Sorbonne (47th).

In Sociology, Paris-Sorbonne is also represented (also at 47th), before Sciences Po (50th). The Parisian grande école is ranked the 4th in political science, just behind the London School of Economics and Political Science (LSE) and the universities of Oxford and Harvard. Science Po advanced further to 40th place in social policy and administration.

In History and Geography, Paris I Panthéon-Sorbonne accesses the top 50 featuring respectively the 18th and the 35th place in the rankings. Paris-I is also ranked 20th in Law.

Hard Sciences and Engineering: honorable performance of the grandes écoles

French establishments do well in Mathematics where three are represented in the top 50: Polytechnique (18th place), the Ecole Normale Supérieure (ENS) Ulm (27th) and Université Pierre-et-Marie-Curie (UPMC) to 47th.

In Archeology, three French institutions are also recognized internationally. Among them are Paris I Panthéon-Sorbonne (12th), Paris-Sorbonne (39th) and the Université de Bordeaux (43).

In Physics and Astronomy, two French schools are represented: Polytechnique (26th) and the Ecole Normale Supérieure (ENS) (43rd). While in Earth and Marine Sciences, the Université Joseph-Fourier Grenoble-I reached the 46th of the ranking.

Concerning the Engineering schools, Mines-ParisTech arrives at the 23rd of the Mining Engineering category, while the Université Claude-Bernard Lyon-I moved up to the 40th in Mechanical and Aerospace industry. Lastly, Agro-ParisTech reaches the 5th place in Agriculture and Forestry.

Insead is once again the French establishment having the highest ranking in 2016 in QS rankings in all disciplines. It was ranked the third in the category Business and Management following the London Business School and Harvard University. The école des Hautes Etudes Commerciales de Paris (HEC Paris) is also ranked the 14th in the same discipline.

Both schools also shine in Accounting and Finance: Insead being the 22nd and HEC Paris the 37th.

Publishd on Le Monde on 22 March 2016 by Séverin Graveleau