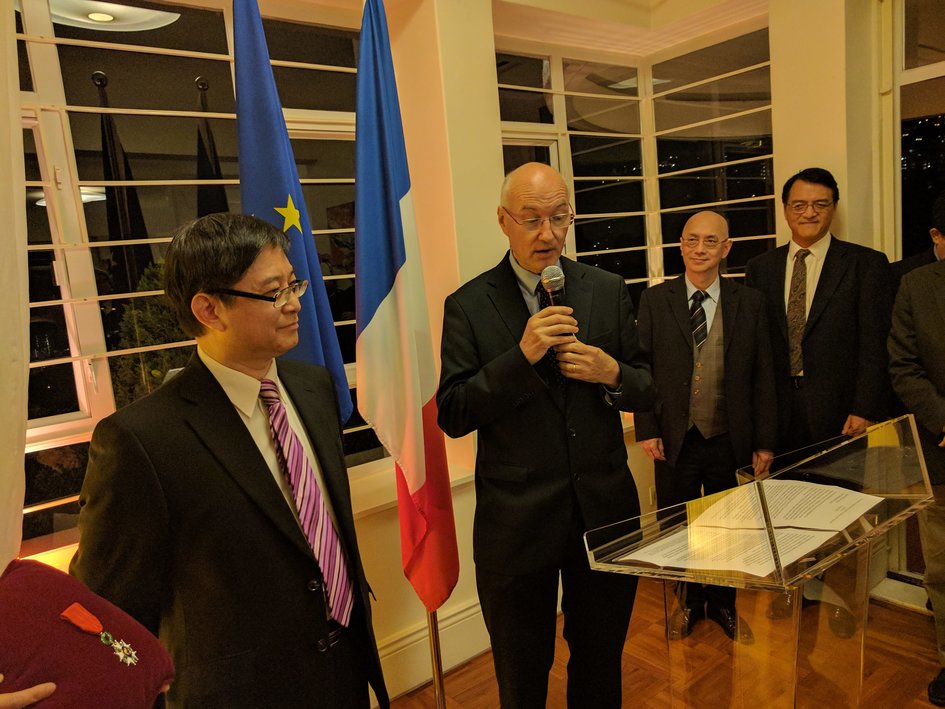 Professor Jian Lu was awarded the honour for his research excellence and his active action in promoting education and research between France, Hong Kong and China.

Professor Jian Lu is among the first student in the 80’s to study abroad. He has passed over 10 years working in France, and has become a fluent French speaker. He created the first “French Engineering School” (Université sino-européenne de l’université de Shanghai, UTSEUS) in China in the year 2005. This French university based in China has gradually made his proof regarding excellence academic and research over the last 10 years. He created a strong university network, making a privileged partnership between City University of Hong Kong and French universities and graduate schools.

Professor Jian Lu said that he “appreciated the creativity and innovative spirit when he was studying and working in France”. He also said that he would continue to promote and enhance partnership between France and Hong Kong regarding science, research and technologie.