On 22nd July 2009, Professor H.K. Chang has been awarded the badges of Commander of the Academic Palms at the ceremony organized at the Residence of France, in the presence of his wife, several numbers of professors representing the 8 Hong Kong universities, and eminent business men of which many of them had been his former students. 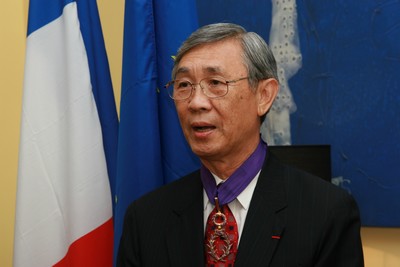 As the highest rank of this distinction, instituted by the 1st Napoleon Emperor in 1808 to celebrate and recognize the teachers, the scientists and the researchers and to promote knowledge, the badges of Commander of the Academic Palms had not been given to Hong Kong until this time to Professor Chang.

His tireless action, since his nomination in 1996 as a president of City University of Hong Kong, in favour of the development of university and scientific relations of the highest level between France and Hong Kong, marked by the creation of the first double-diploma in 2004, a master degree in financial mathematics collaborating with l’Université de Paris-Dauphine, the nomination of several high level French professors within the teaching team;

His remarkable action is in favour of the francophonie not only to City University, but also to Hong Kong in general, particularly in science. Also thanks to Professor Chang, and his connection with the Consulate, a program of invitation and conferences of all the Nobel Prize or French Fields Medals were set up, which have marked continuing success since 2005.

Finally, speaking excellent French, Professor Chang, since his recent retirement, has devoted himself actively to the promotion of dialogue of cultures to the international level, and in particular between China and Europe. 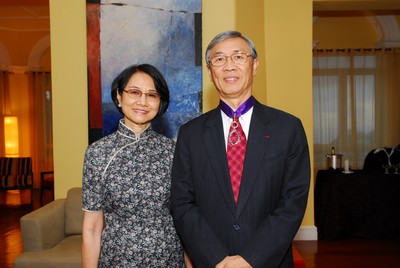 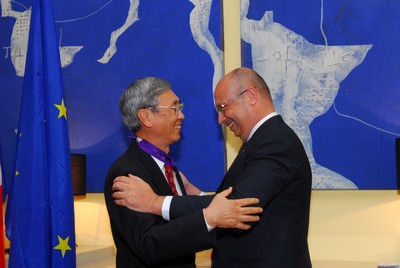