This street art exhibition presented by the collective of French street artists "Le Mouvement" will be displayed on the HK Tramways from 23 March to 23 May 2018. 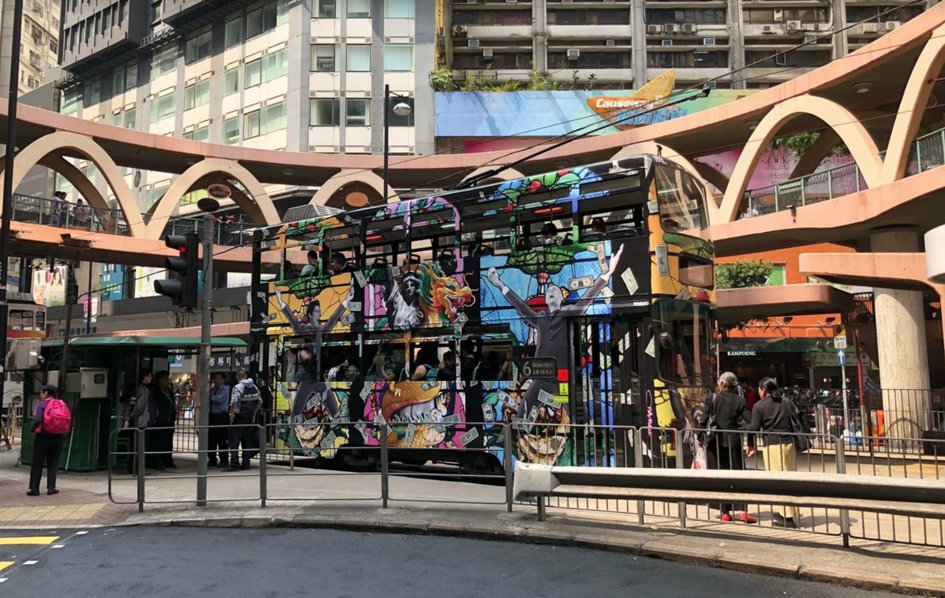 For the first time in Hong Kong, Mabille & Chaumette and HK Tramways present Le Mouvement, a collective of Street Artists from Paris, represented by Romano, a committed painter and one of the cofounders of the crew. Through this piece of artwork, each Tramway’s façade is devoted to one of the two themes "Power" and "Love". Romano captures how excessive Power can drive man crazy. On the other hand, the artist successfully showcases the scene of universal Love. 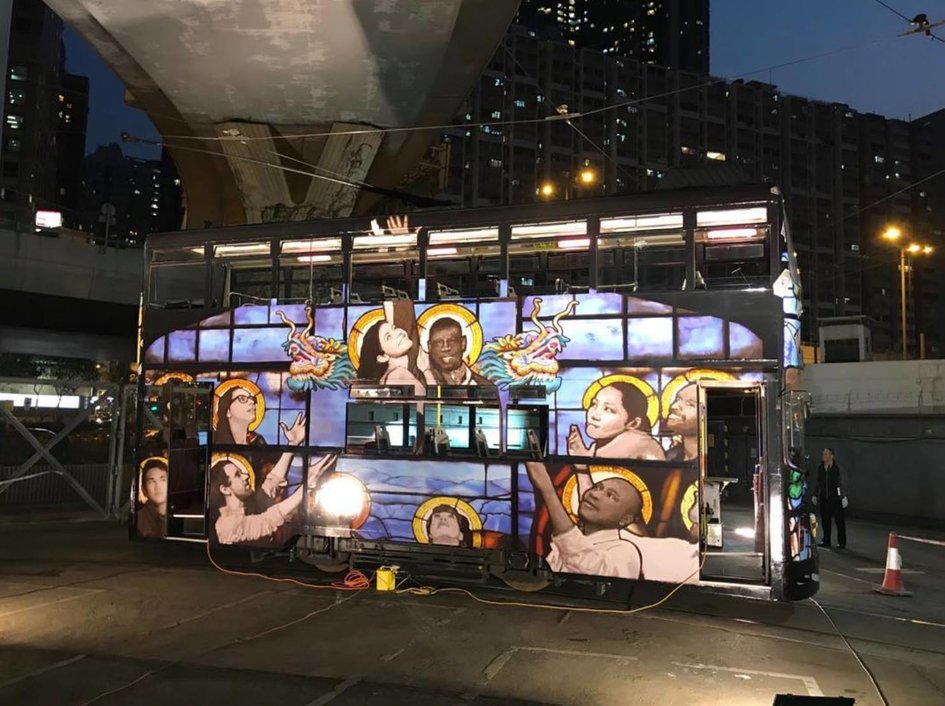 On the "Power" facade : the public can first discover the Chinese dragon embracing the Statue of Liberty. This combination thus symbolizes Hong Kong, the perfect city at the crossroad between the East and the West, Tradition and Modernity. Some caricatures of Capitalism are right in the middle of “Celebrating Money”, fluttering banknotes all around themselves, to express that man seems to forget his humanity in his frantic quest of power and money.

On the "Love" facade : the artist offers a sublime vision of universal Love until it becomes a “sacred Love”. The diversity of the personages and the bright colors represent the density of the city and the cultural mix the artist promotes in his artworks.

On the Tramway’s back facade : despite herself, a woman falls prey to the charms of a monkey-head human being (symbol of the capitalist man in urban art). Through this kiss, the artist shows that Humanity as a whole can surrender to a call of power. 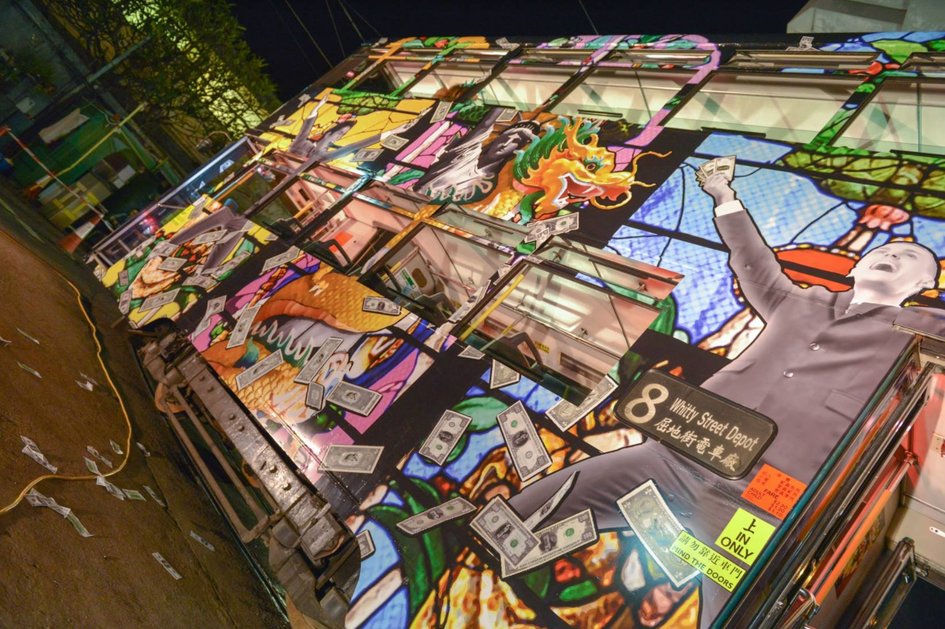