PolyU celebrates its 80th anniversary by planning a series of distinguished lectures. Among them, Dr Marie-Paule Kieny was welcomed to present "Vaccine Development during the Ebola Public Health Emergency: Lessons learnt and Perspectives for Enhanced Preparedness".

To celebrates its 80th anniversary in 2017, PolyU has planned a series of events starting from December 2016 to December 2017. On this particular occasion, the Doctor Marie-Paule Kieny has been invited on the 15th of February to present her Lecture on “Vaccin Development during the Ebola Public Health Emergency: Lessons Learnt and Perspectives for enhanced preparedness”. In the Spring 2014, the Ebola outbroke in West Africa. At this time, there were no vaccines or treatment, few diagnostics, and insufficient medical teams.

Dr Marie-Paule Keny has been the Assistant Director-General for Health Systems and Innovation at the World Health Organization since November 2012. She also directed the World Health Organization Initiative for Vaccine Research in 2001. She has been awarded the title of “Knight of the National Order of Merit, under the Ministry of Research in France” (Chevalier de l’Ordre of the National du Mérite, au titre de Ministère de la Recherche), and the title of “Knight in the National Order of the Legion of Honour" (Chevalier de l’Ordre National de la Légion d’honneur) in 2016. 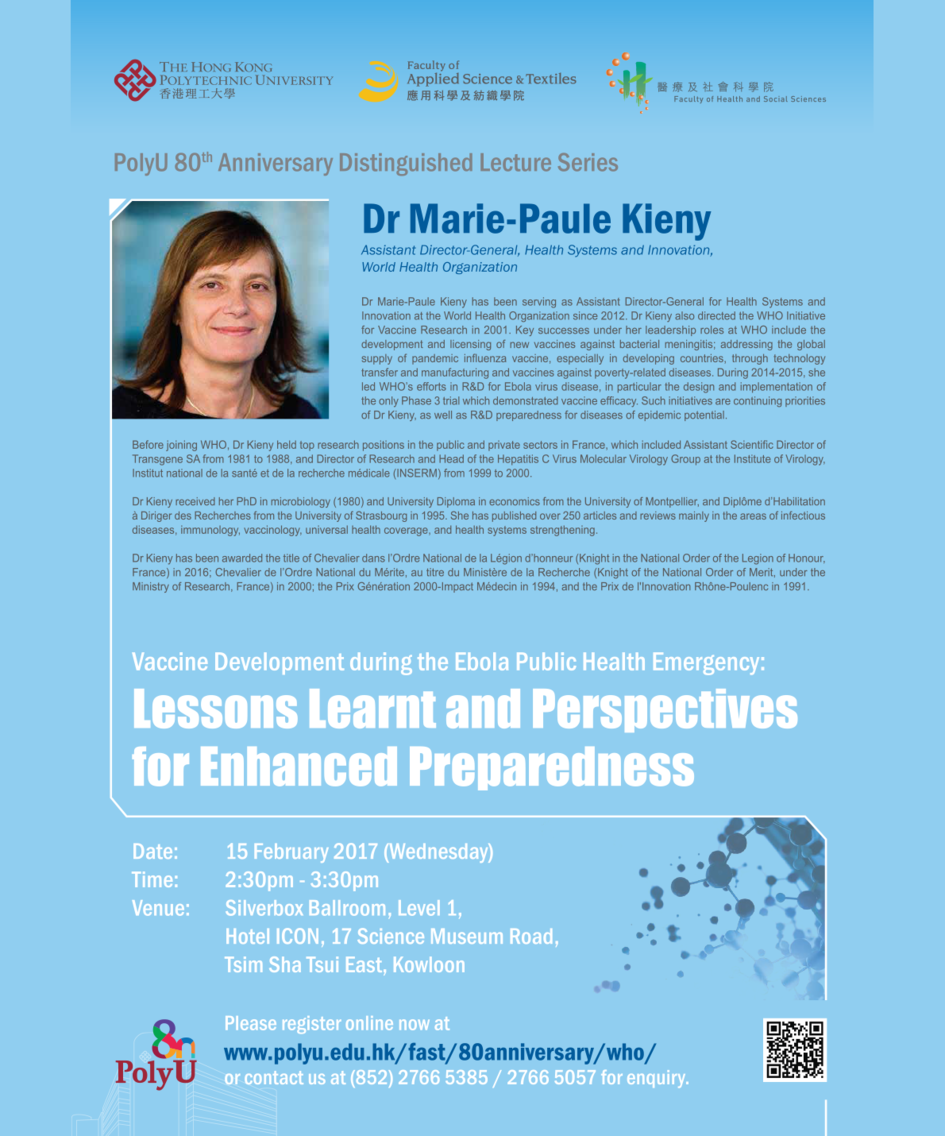