To celebrate the International Day of La Francophonie, on March 20, 2017, the Embassy of Switzerland, the French Embassy and the Québec offices in China organized the Chinese edition of the "Pivot dictation" at the Residence of Switzerland In Beijing. For the first time, a candidate representing the Hong Kong Special Administrative Region, Joseph LAU Shu-Lai, participated in this grand final. 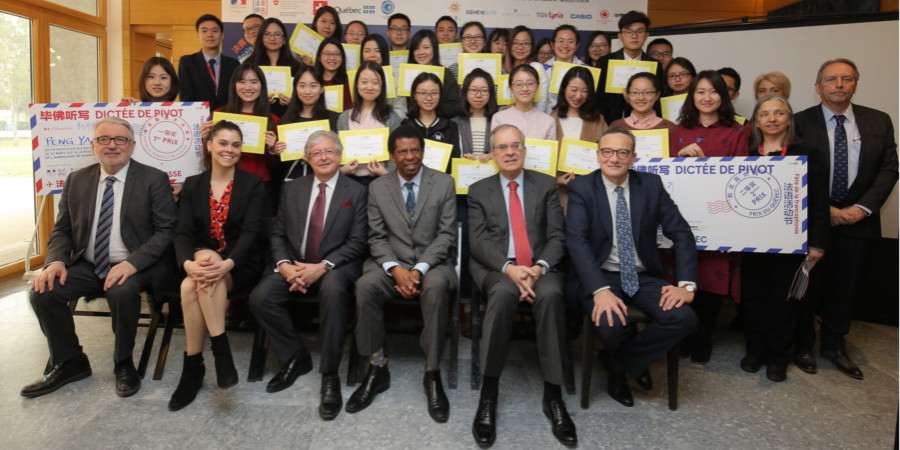 29 finalists, who were all between the ages of 18 and 25, were selected to take part in this "Pivot Dictation" final from 13 cities in China: Shanghai, Kunming, Beijing, Dujiangyan, Chengdu, Canton, Suzhou, Nanjing, Hangzhou, Wuhan, Xiangtan, Dalian and Hong Kong. 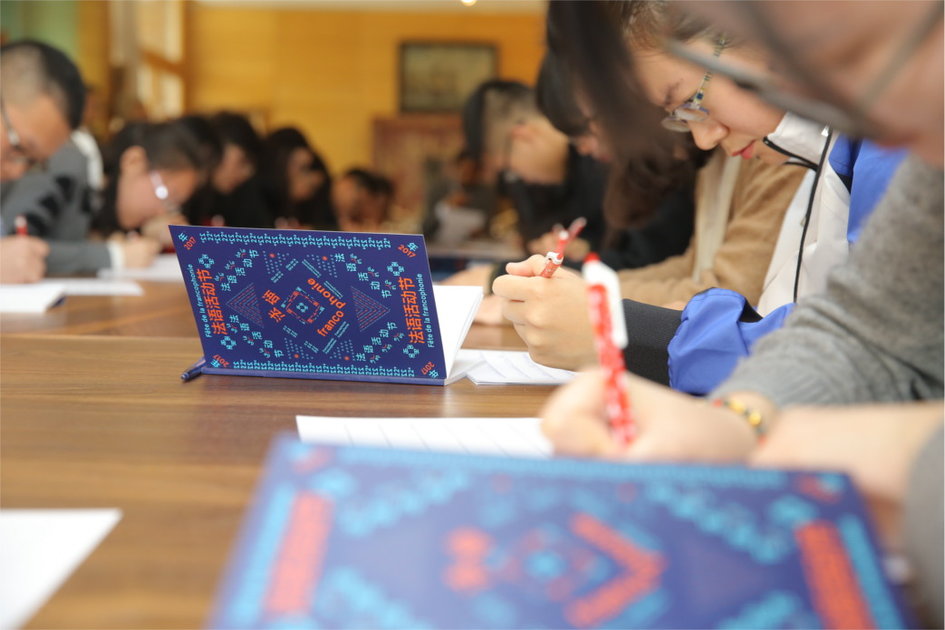 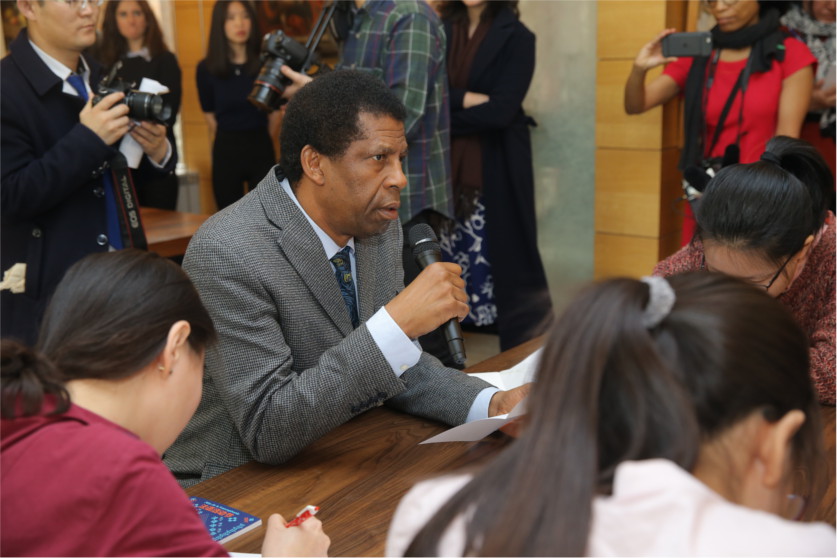 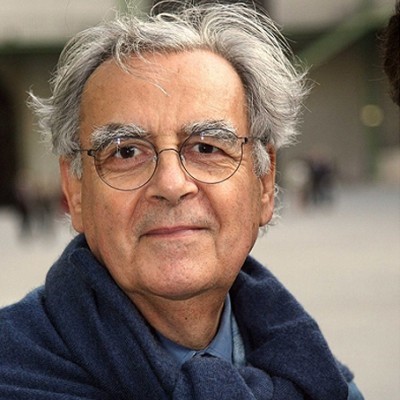 President of the Académie Goncourt since 2014, novelist, animator of literary programs, Bernard Pivot has a long career as a journalist on television. He animated the famous literary program Apostrophes where he interviewed the greatest writers of the whole world for twenty years. A defender of the French language, he adds honor to the dictation, which is often an exercise associated with the worst school memories for some. To celebrate the French language in China, Bernard Pivot is sponsoring a modern and playful version of the dictation in China, of which the final was held at the Residence of the Swiss Embassy.