Mr. Peter Lee, Vice Chairman of Henderson Land Group and Director of The Hong Kong and China Gas Company Limited, has been decorated as "Chevalier de la Légion d’Honneur" by Mr Arnaud BARTHELEMY, Consul general of France in Hong Kong and Macau, on 12th October 2012 at the French residence. 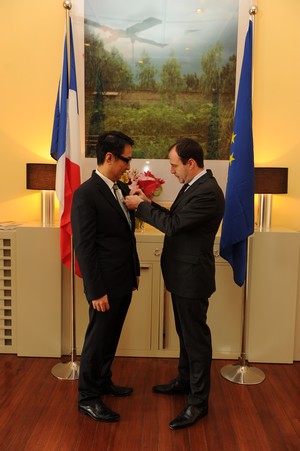 Mr. Peter Lee belongs to a prominent family of Hong Kong and is one of the leading economic players. He is also well known among the French community, by his strong support of arts and being a Francophile, like his father who was decorated as "l’Ordre des Arts et des Lettres" in 2004.

Mr. Peter Lee is a supportive and generous sponsor of the cultural activities of France in Hong Kong and Asia. He has financed the entire tour of the Louvre Museum exhibition "Touching Art : Louvre’s Sculptures in Movement" in 2009/2010 in six Asian cities including Hong Kong. Moreover, he is one of the most important "Friends" of Le French May Arts Festival, contributing to the great success of this unique French cultural event in Hong Kong.

For all these reasons, the decoration to Mr. Peter Lee, as noted by the Consul General of France in Hong Kong and Macao, is the recognition by France not only for his remarkable personality and his exemplary career, but also his distinguished services to France and his continued supports to the promotion of French culture in Hong Kong and Asia. 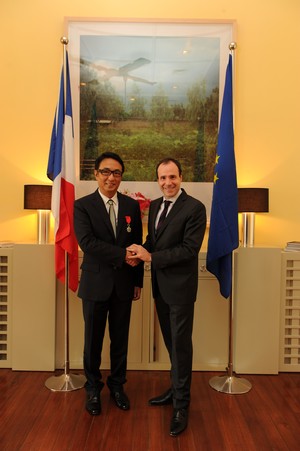 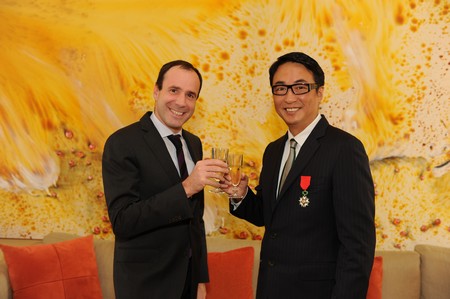