The Cernuschi Museum, one of the oldest museums in the City of Paris, and one of the few dedicated only to Asian art, will reopen its doors to the public on March 4, 2020 after a renovation site of nearly 9 months. 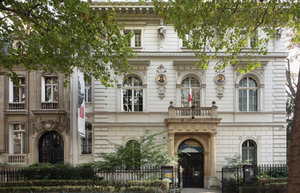 The museum inaugurates a new phase in its history, with a completely redesigned route inviting visitors to travel in the setting of the mansion conceived in the 19th century by the Asian art collector Henri Cernuschi. The route and the site layout, designed by Atelier Maciej Fiszer, present new facets of the collection, highlighting a wide selection of works, a majority of which have not been exhibited until now (430 new objects among 650 in total).

The distinguished collections cross several dynasties of aesthetic prowess, from the 15th century BC to the Middle Ages. Chinese, Korean and Japanese works by Cernuschi are displayed around the Buddha of Meguro, an impressive Japanese bronze from the end of the 18th century. Legions of funerary statues from the Han and Wei dynasties, Sung porcelain, and fine celadon crockery from the Tang era are also featured in this museum, which is abundant with masterpieces. Over the years, the Cernuschi Museum has become more and more eclectic, shining a spotlight on international Asian artists of the past and today. 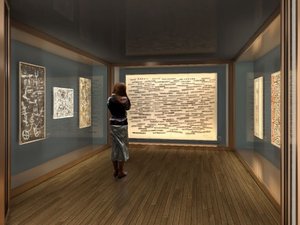 To enrich this dialogue, the Cernuschi Museum is increasing international collaborations. On September 11, 2018, the exhibition entitled Song of Spring: Pan Yuliang in Paris was inaugurated at the Asia Society Center in Hong Kong. It was the first solo exhibition dedicated to Pan Yuliang in Hong Kong. On this occasion, the Cernuschi Museum had loaned the Pan Yuliang Selfportrait bust: this unique work, created in 1951, is the artist’s last dated selfportrait. 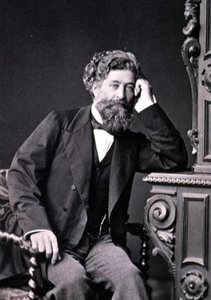 The museum’s collection is from Henri Cernuschi, an Italian politician who took refuge in France after the Roman Republic of 1848. This committed republican and great financier is also a proven traveler. In 1871, he decided to leave Paris after the events of the Commune and began a world tour which would take him a long time through Asia. Passing through Japan, then China, he acquired nearly 4,000 works of art. Back in France, the financier built a mansion in which he could live surrounded by his works. When he died in 1896, he bequeathed his collections and his hotel to the City of Paris, which turned it into the Cernuschi museum two years later.

To learn more about the Cernuschi Museum: http://www.cernuschi.paris.fr/en