Organised by the Consulate General of France in Hong Kong & Macau, the first French Virtual Education Fair 2013 “Study in France” (www.studyinfrance.hk) is opened for 3 days from 20 to 22 November 2013 (Wed-Fri).

To mark the occasion, Mr. Arnaud Barthélémy, Consul General of France in Hong Kong and Macau, and Prof. Tony Chan, President of the Hong Kong University of Science and Technology (HKUST), hosted an Opening Ceremony at 4 p.m.on the first day of the Fair at the Council Chamber of the HKUST. 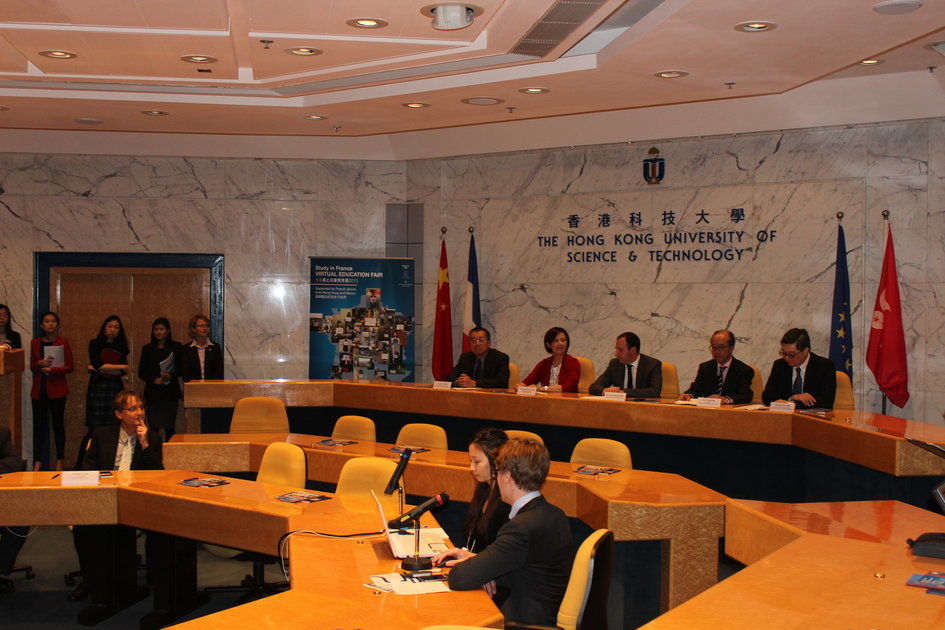 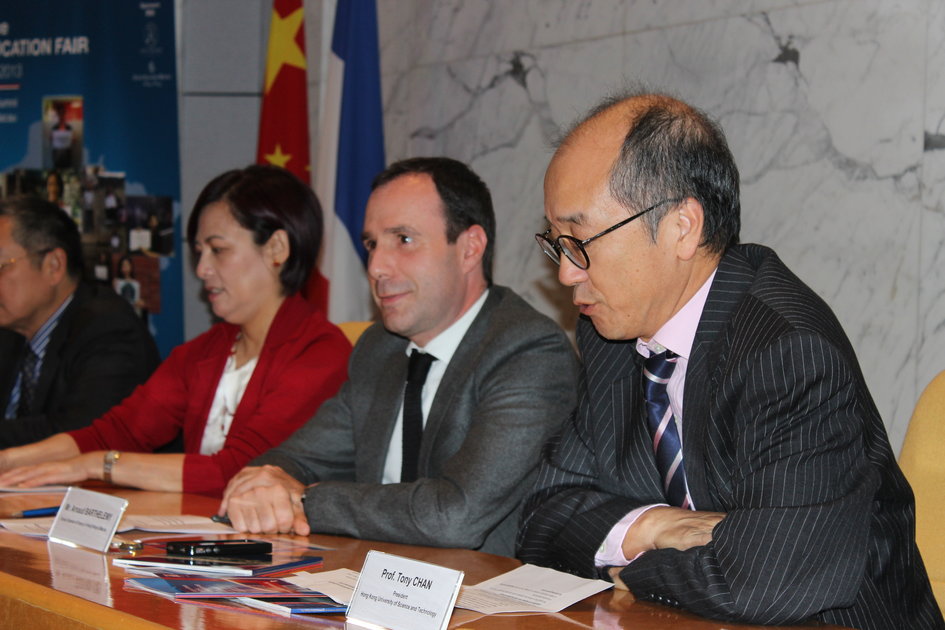 The event opened with a welcome speech by Prof. Tony Chan, followed by the announcment of Mr. Arnaud Barthélémy about the official opening of the 3D interactive virtual fair platform. Dr. Catherine K. K. Chan, Deputy Secretary for Education of HKSAR, then gave a speech to mark the significance of the virtual education event in Hong Kong. 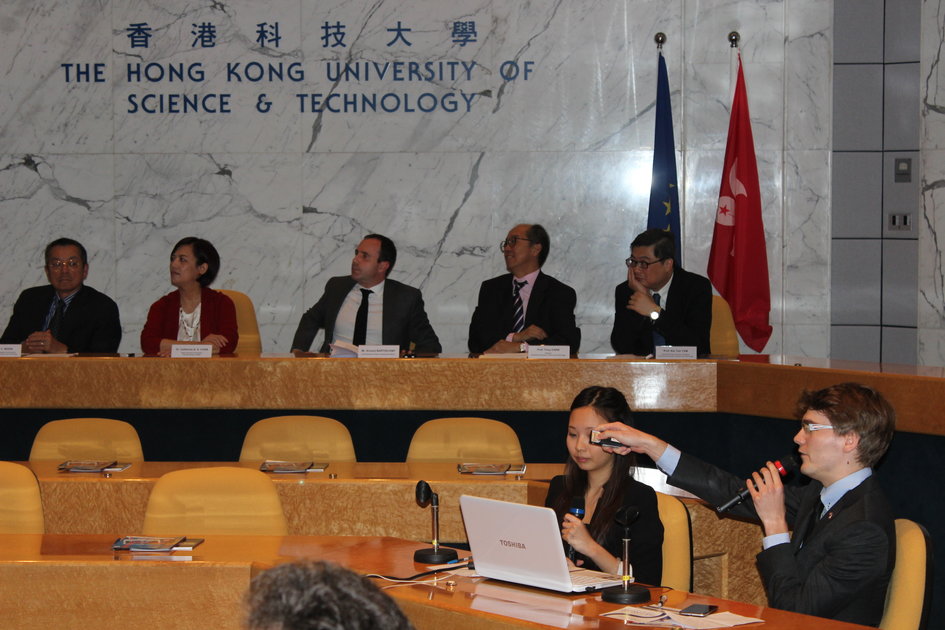 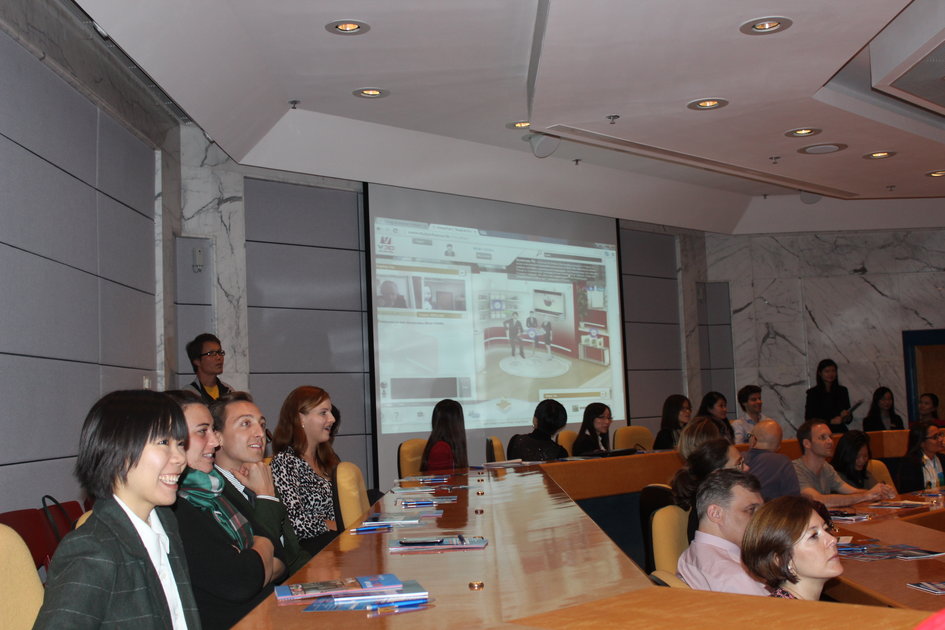 The ceremony continued with a demonstration of the platform – a student registered as a visitor, navigated on the virtual exhibition hall and “chatted” with the Vice President and Director of International Affairs of Sciences Po, Mr. Francis Vérillaud, who was in Paris at that moment. 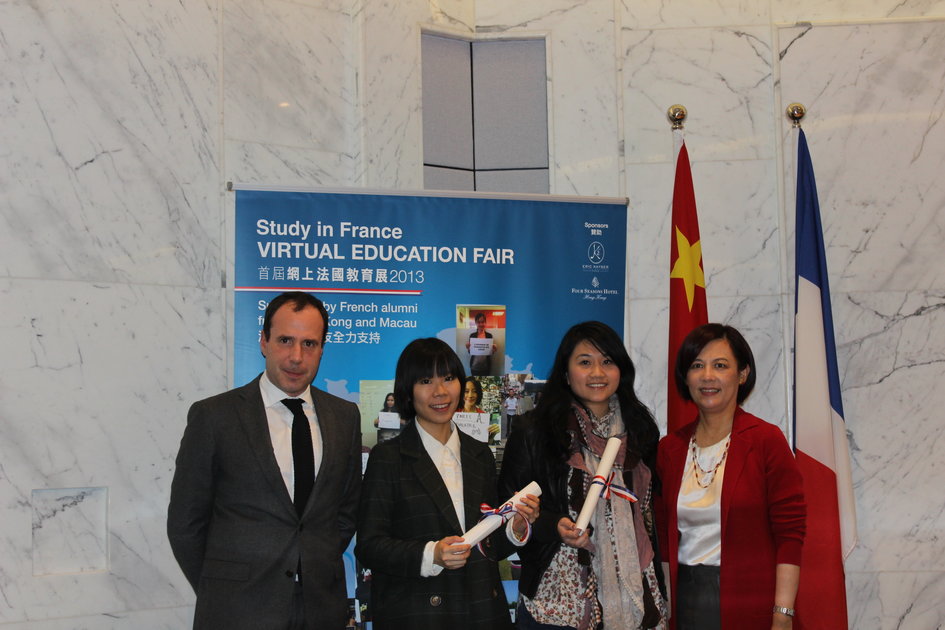 To end the ceremony, French alumni’s support was highlighted by giving prizes to two winners of the photo-taking Facebook competition, whose photos contributed to the cartography of France made up by alumni’s portraits. 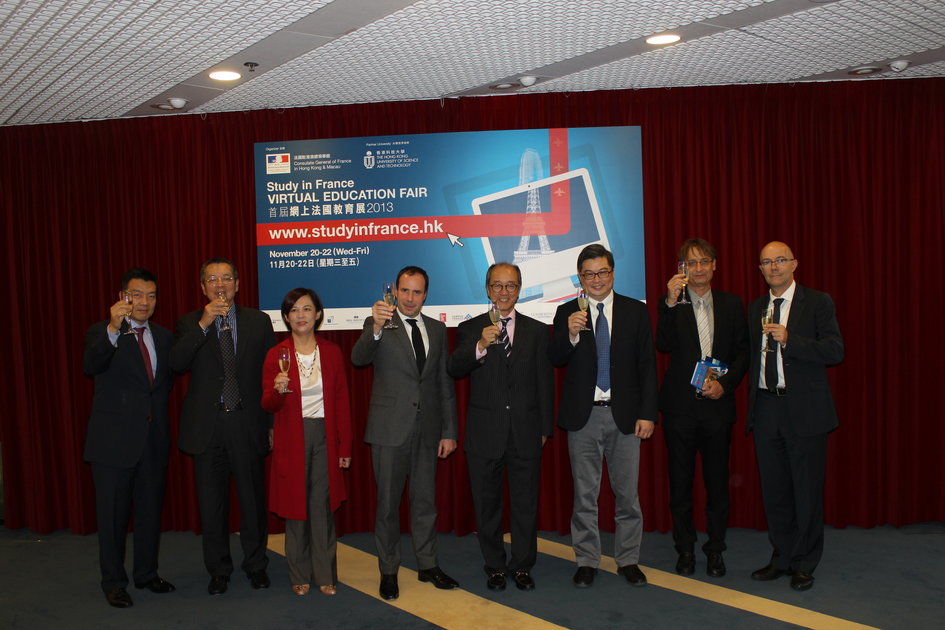 The ceremony was completed with a toast, led by the officiating guests and the sponsors and partners of the Fair, to the success of the 1st French Virtual Education Fair. 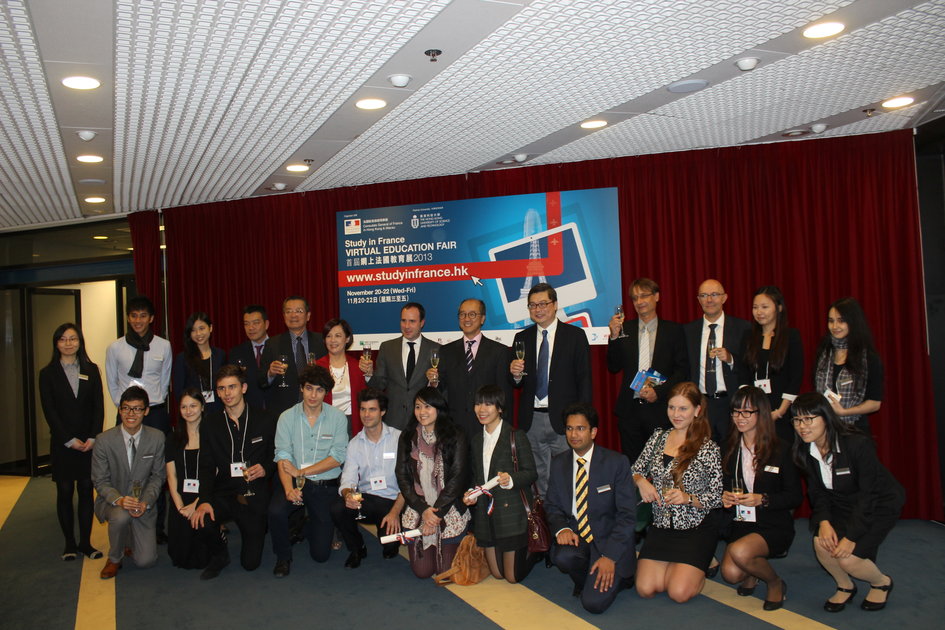