Nuclear energy is a French industrial sector of excellence

France ranks second after the United States with 58 reactors and possesses globally acknowledged expertise in the nuclear sector which is the fruit of the constant commitment and investment of French industrial groups and SMEs for the past 60 years.

The French nuclear sector is currently the leader in the domain of the fuel cycle (manufacturing, processing and recycling) and in nuclear power plant construction and maintenance, with 2,500 companies and some 40,000 direct, indirect and induced jobs. In terms of investment in research and development, it has also earned fourth place in France with a budget of about €1.8 billion.

According to Daniel Iracane, Deputy Director for International Affairs, French Alternative Energies and Atomic Energy Commission (CEA), “France’s recognized skills and expertise are assets that must be maintained.”

From AREVA to SMEs

Electricité de France (EDF) is one of the companies responsible for the French nuclear industry’s renown and it remains the world benchmark in nuclear power plant operation. AREVA, for its part, is the leading nuclear equipment manufacturer and is involved in the building or maintenance of 360 reactors out of the 440 that exist worldwide.

“Although leading groups like AREVA and EDF often are heavyweights in terms of big contracts, other nuclear sector manufacturers also work on the design and maintenance of nuclear power plants throughout the world,” says Valérie Faudon, Executive Officer, French Nuclear Energy Society (SFEN). This is why the French public authorities have decided to structure the industry as a whole with production and processing units corresponding to each stage of the fuel cycle. According to Iracane, “France is one of the few countries that have a comprehensive nuclear industry” ranging from uranium conversion and enrichment, nuclear fuel production, spent fuel processing, to recycling. Such measures help strengthen cohesion among companies in foreign markets and enable SMEs to bid for important contracts, like VANATOME in nuclear valve design and Lemer Pax in nuclear medicine.

Making safety and security a priority 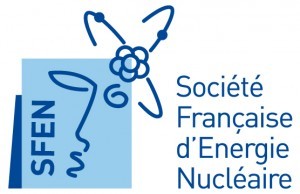 “Nuclear energy is an industry like any other, except for the fact that it demands a special regulatory and institutional framework, as well as significant resources, skills and know-how to guarantee levels of safety and security that are essential,” says Daniel Iracane, particularly since the Fukushima nuclear disaster of March 2011. “People have become aware that we must prepare ourselves for the unthinkable – as there is no zero risk – and to be capable of controlling an accident so as to prevent any discharge of radioactivity into the atmosphere,” says Valérie Faudon.

In view of its long-standing know-how and expertise, many countries call on France owing to the acknowledged qualities of its control and security institutions like the Nuclear Safety Authority (ASN), the CEA and SFEN, and to its renowned companies. The creation by Japan, for example, of an independent control and safety institution, is largely modelled on the French Nuclear Safety Authority. Big reactor-building projects are still expected in Saudi Arabia, China and Poland. The market for the construction of new reactors is mostly abroad.

“Nuclear industry exports are all too often made to boil down to the building of new nuclear reactors. What chiefly drives the industry is the existing global reactor base and reactor needs in fuel and industrial services. It is a very stable and growing business, which is less well-known as it receives little media coverage.” In all, France thus exports €2 billion worth of electricity to neighbouring countries and €6 billion worth of goods and services such as project management and fuel recycling solutions. Such expertise makes it possible to post €45 billion in total turnover and to account for 2% of the French GDP.

“In the next 20 years, energy consumption will double as the world population increases and there will be a catching-up by populations who currently do not have access to electricity. At the same time, the CO2 emission level will have to be halved. At the present time, no one has any alternative to this massive, cheap and CO2 emission-free energy source,” says Faudon. Nuclear sector companies are expected to recruit at least 110,000 people by 2020. Barbara Leblanc