Home > Culture, Education and Science > Education, French and Literature > President of the Association of Teachers of French in Hong Kong and Macau (...)

On April 28, 2017, the Chevalier dans l’Ordre des Palmes Académiques was awarded to Ms Soizick Casteleyn by the Consul General of France, Mr. Eric Berti, at the Residence of France in Hong Kong. 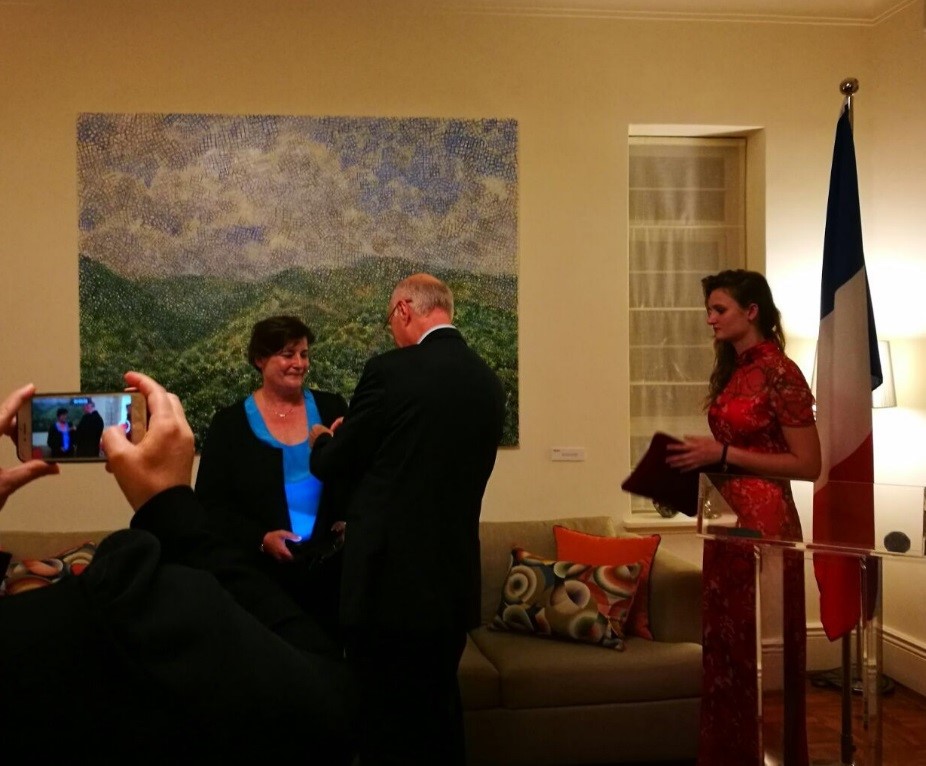 Being the French language teaching coordinator in the primary section of the French International School since 1998, Ms Soizick Casteleyn has been teaching French language in Hong Kong for more than 30 years. She has taken the presidency of the Association of Teachers of French in Hong Kong and Macau (AFLE) since 2013. She was serving as the treasurer and as the secretary for AFLE in 2009 and 2011 respectively. 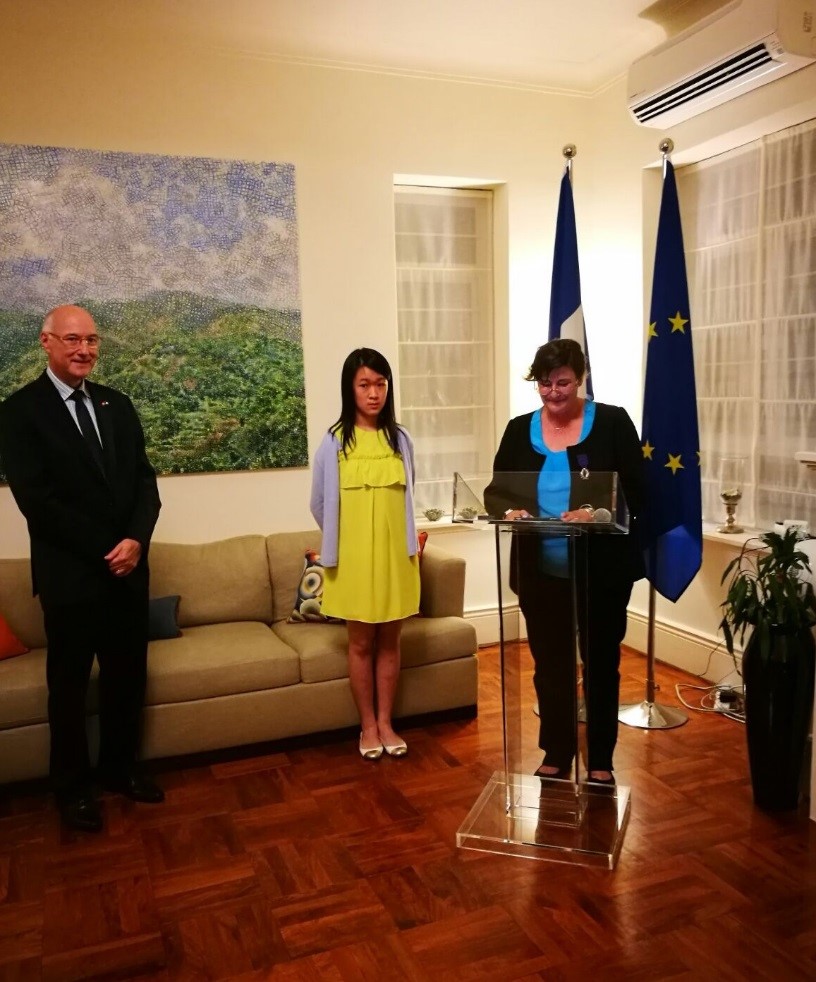 In the presence of Ms Anne Denis-Blanchardon, Consul (Culture, Education & Science), Ms Servane Gandais, Attaché for Educational & Linguistics Affairs, Mr Christian Soulard, Headmaster of French International Schiool and also many French Teachers and alumni, Ms Casteleyn was awarded the Chevalier de l’Ordre des Palmes Académiques. This is to acknowledge Ms Casteleyn’s wholehearted devotion and unswerving dertermination in the promotion of French language and its culture in town for all these thirty years. 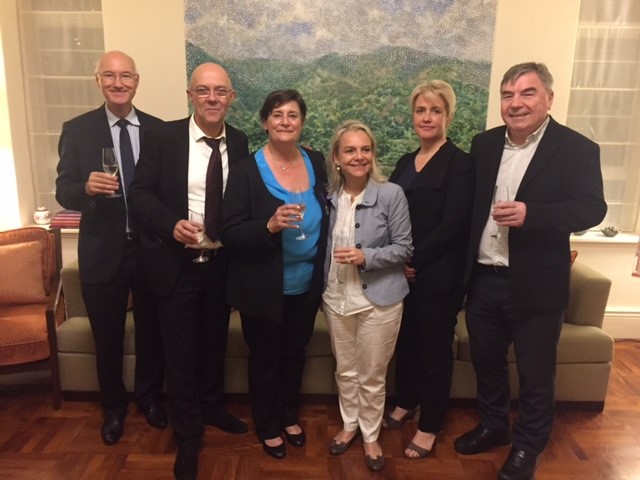