The Consulate General of France in Hong Kong and Macau and Hong Kong Design Institute are pleased to announce the second edition of the “Night of Ideas” (Original version in French: Nuit des Idées 2019).

This free and festive community-oriented event will be officially launched on January 31st at 6.30 pm at Hong Kong Design Institute.

Seating is limited and will be filled on a first-come-first-serve basis. Please follow the link below to register.

This year, the “Night of Ideas” will explore the relationship between architecture, art and society. As a vertical city, Hong Kong strikes by its urban foolhardiness. Its iconic skyline and idiosyncratic architecture are worth attention from the rest of the world. Researchers, architects, students and architecture-lovers around the territory are invited to share their ideas and insights on the future of architecture in Hong Kong, as well as its challenges and implications in terms of artistic creations, education and social links.

Participants will be free to explore the role of architecture in Hong Kong by various means of activities. A talk by the leading French architect Thomas Coldefy, who designed the Hong Kong Design Institute (HKDI) campus building, and two round tables bringing together reputable scholars, such as Prof. Lee Ho Yin (Hong Kong University), Prof. Heng Chye Kiang (National University of Singapore), Dr Lay Lian Ong (Principal, HKDI and IVE (LWL)) and Dr Joseph Wong (Vice Principal, HKDI and IVE (LWL)),will enable all of us to explore the relationship between architecture and culture on one hand, architecture and history on the other hand. This reflection will be put in perspective by several artistic installations. A short film program curated by media art partner Videotage as well as a virtual reality corner will be both available throughout the evening.

High-profile exhibitions on architecture presented by HKDI will complete this rich programme. The “Coldefy, Architect of HKDI” exhibition (vernissage on January 31st; exhibition period: January 31st to March 13th), dedicated to narrate the conception and design story of the emblematic HKDI campus building with a showcase of visuals, sketches and models, will be inaugurated in the framework of the Night of Ideas. The other exhibition “Ronan & Erwan Bouroullec – Urban Daydreaming” (exhibition period until February 17th) will be exceptionally open until late night in echo to our discussions over architecture and urbanism. Complimentary guided tours of the exhibitions will be offered to the participants on that night.

Launched in Paris for the first time in 2016, the Night of Ideas in Hong Kong is part of a worldwide operation that aims at sharing the French culture of debate, with the support of the Institut Français of Paris.

From Seoul to Los Angeles, from Tokyo to Paris, passing through Singapore and New York... more than 180 Nights of ideas will be organised throughout 70 countries. Philosophers, writers, researchers, intellectuals, students, whistleblowers, artists and political figures will engage the public debate propose their vision of the present and their solutions to the challenges of tomorrow on issues of equality, ecology, education, urban planning, science, policy or technology.

Online live coverage and broadcast of the Hong Kong’s edition back in Paris are provided by film partner Mar Vivo Films. 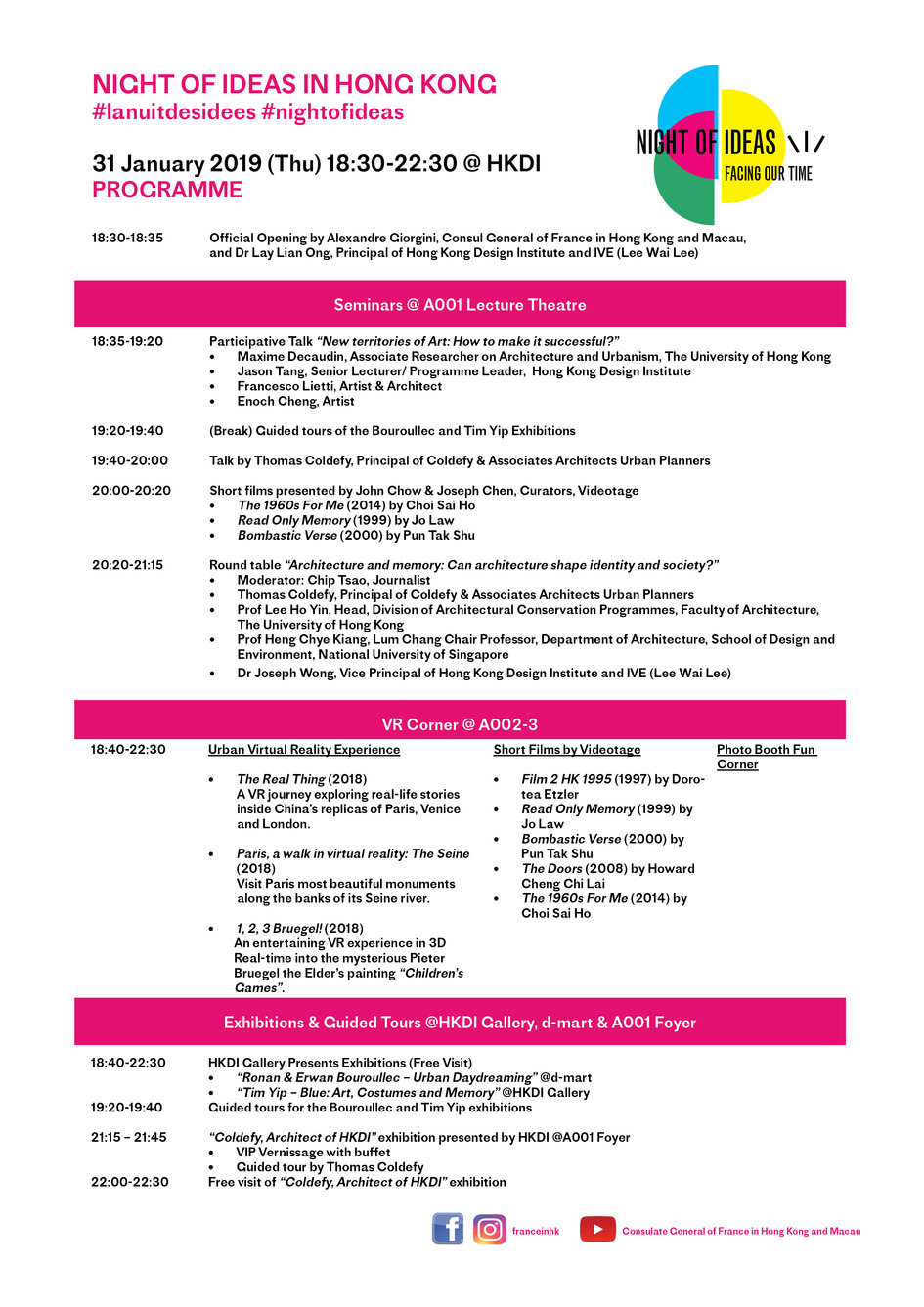 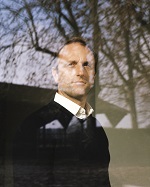 Thomas Coldefy earned an architecture degree from the Ecole Spéciale d’Architecture in Paris in 2002. After holding positions in Paris, New York and London, he served as the managing Director of Coldefy & Associates Architects Urban Planners since 2006 and became the Principal in 2010. 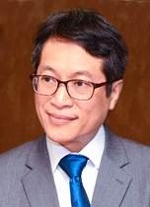 Dr. Lee Ho Yin (“Hoyin”) is a co-founder and the longest serving Director of the Architectural Conservation Programmes. In 2015, the unit was elevated to a Division, and he became the founding Head of the Division. Before joining HKU in 2000, he was an Associate Director of an architectural practice in Hong Kong. A well-published academic and an experienced practitioner in built-heritage conservation, he has been appointed by government agencies in Hong Kong, Mainland China and overseas as an advisor or a consultant for conservation projects, including the identification of Singapore’s first UNESCO World Heritage Site. He is a former member of the Antiquities Advisory Board, Founding Vice-President of The Hong Kong Institute of Architectural Conservationists, Associate Member of The Hong Kong Institute of Architects, and Honorary Affiliate Member of the American Institute of Architects (Hong Kong Chapter). 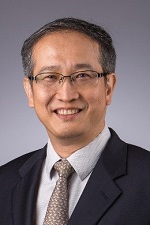 Dr Heng Chye Kiang is a longstanding Professor at the National University of Singapore, where he was formerly Dean of the School of Design and Environment (2007-16) as well as Head of the Department of Architecture prior to his deanship. Prof Heng has taught and published widely in the areas of history of Chinese cities and architecture, urban design and conservation in Asia, as well as sustainable urban planning and design.

Prof Heng has served on the boards of several government agencies in Singapore, including the Urban Redevelopment Authority, Centre for Liveable Cities, Housing and Development Board, and Building Construction Authority. His active support to CUHK has included serving as Visiting Committee Member (2012), External Examiner of MArch final reviews and PhD examinations, as well as housing and environmental technology programmes in the School of Architecture.