The Consulate General of France in Hong Kong and Macau would like to congratulate the students and the entire teaching staff of the French International School of Hong Kong for the excellent academic performances :

100% of the school’s students passed the French Baccalaureate in June 2013 : 19 students, that is 33% of them, got the highest honors "mention Très bien" (ie average mark of 18/20). Only 10% of high school students taking the baccalaureate got this mark in France and 19% in French international schools abroad;

39 % of the students who took the French Brevet des collèges passed it with the highest honors "mention Très bien".

Excellent results were also obtained in the international stream at the Cambridge IGCSE examination. 8 students, that is more than 20% of the promotion, were nominated for outstanding awards : 3 students reached the Top of the World mark in Chemistry, Foreign language French and in Foreign Language Chinese, 3 students reached the Top in Hong Kong award in Biology, Foreign Language Spanish and Mathematics, and 2 students received the High Achievement award in First Language French and latin. These results place the the French International School first, before SIS, King George V School, The Island School, German Swiss International School, Harrow and West Island School. 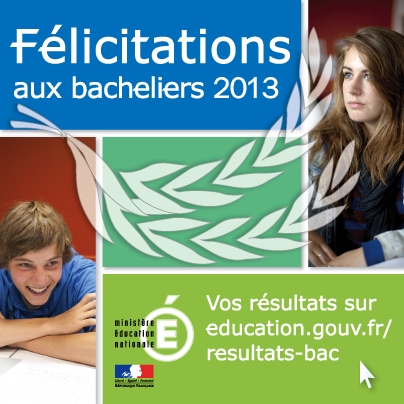