Home > The Consulate General > News > Consulate news > New Gallery on Old Bailey presents "In Between these walls" by (...)

Pamphyle has between scratches and caresses, continued to paint, creating palimpsest pictures, pictures of memories and of traces that are measure time. 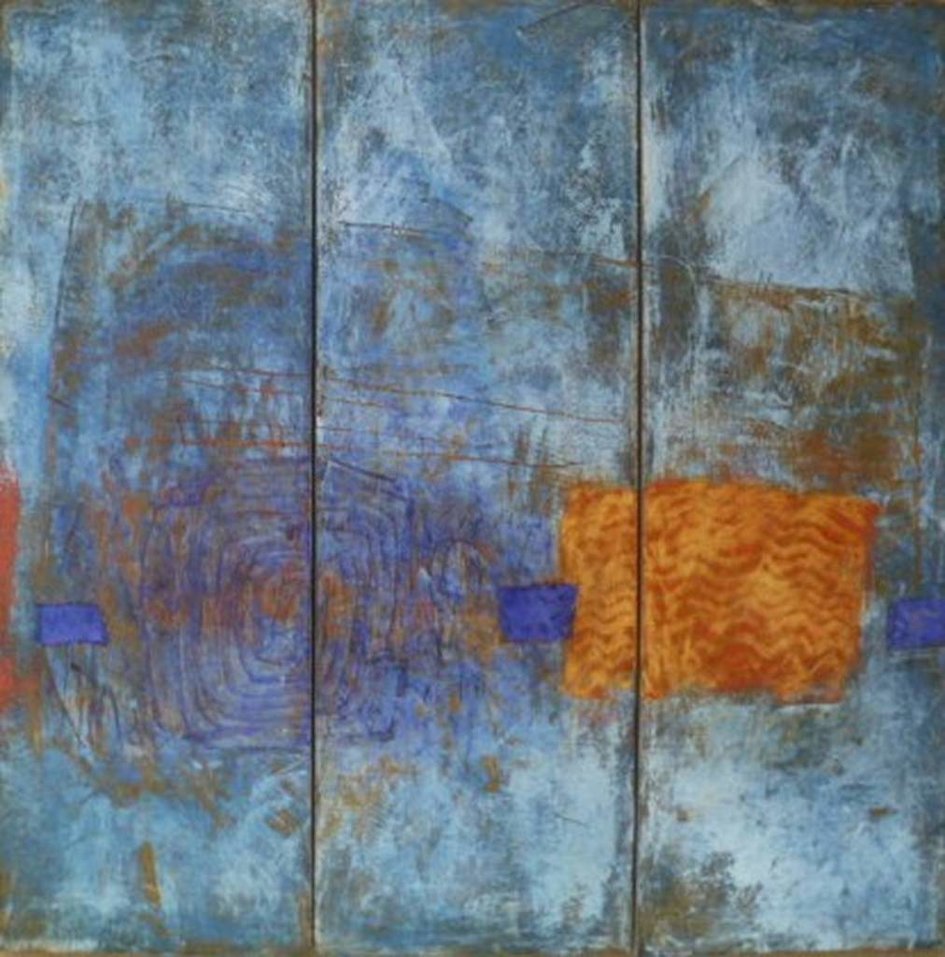 In these works, which have rejected the slightest story or anecdote in order to open out into a meditative and contemplative space, the essence lies in the use of materials and in the appropriate strokes. These are natural substances and pigments, governed by earthy colours which the painter uses to highlight the simplicity of old pebbledash, of walls that tell a story. They bear the trace of their own life force, their own serenity. They mirror appeased suffering, tell of erstwhile mourning, a certain wisdom and they convey a sense of detachment that is a sign more of understanding than of indifference. Pamphyle is a painter who works by substraction. He stubbornly removes substances, reduces weight and scrapes. Whilst in search of a beginning, he implements the preparatory background. Geometrical strokes of the spatula create rhytms that are more or less similar from one work to another, creating a vocabulary of easily identifiable signs, or a drawing style which is more representative of a scratching stiletto blade. He sacrifices his surfaces in favour of un unfamiliar ritual. It is his own form of magic. He likes to oppose - but without violence - the smouthness of backgrounds and the light which shines out from them, against the deliberately limited matte patches inserted in parts of the painting. He likes the contrast between the refined mixture of several shades and the rustic appeal of earth potrayed in its total simplicity. Here, there are too many symbols that saturate available space and that hauntingly crosshatch the painting, there, the near vacuum which organises large coloured areas in the rear. Pamphyle’s paintings live in rhytm with his intimate landscapes.

Pamphyle was born in Lyon in 1946. Originating from a modest family, he was initiated to painting and modeling when he was 9 by his older brother, a porcelain painter. At the age of 14, after a short time spent on silk painting, he makes a locksmith and forging apprenticeship. At that time, when being in touch with metal, he starts his first iron wire sculptures that he dresses with wet paper. At the age of 18, without forgetting his passion, he starts his initiation made of contacts, a round-the-world trip, a short time of his life alone and isolated in a hut and lives from various jobs, from door-to-door salesman to agricultural worker, etc. In 1980, he stops all activities to fully concentrate on his work. He starts to live from his work after several organizations, collectors, and collectivities purchased his work. In 1995, he finds a new way of expression and abandons any figurative art. In that year, he joins de Bellecour gallery. Since that time, important expositions are dedicated to him both in France and abroad.

In Between these walls by Pamphyle